President Buhari Set To Travel Out Of Nigeria Again

President Muhammadu Buhari is set to embark on an travel outside the country.

This comes as the presidency announced the president will on Thursday depart Nigeria for Saudi Arabia to perform Umrah, otherwise known as lesser pilgrimage, on invitation by the Saudi King.

A statement by presidential spokesman,  Malam Garba Shehu, said the president is embarking on the trip on the invitation of King Salman Bin Abdulaziz, the ruler of Saudi Arabia and Custodian of the Two Holy Mosques to perform the Umrah (lesser pilgrimage) in the Kingdom.

According to him, the president who will be accompanied on the trip by his close personal aides, will return to the country on Tuesday, May 21.

Shehu added that Umrah is an optional but recommended pilgrimage to Makkah that can be embarked upon any time of the year.

President Muhammadu Buhari has accepted the invitation of King Salman Bin Abdulaziz, the ruler of Saudi Arabia and Custodian of the Two Holy Mosques to perform the Umrah (lesser pilgrimage) in the Kingdom.

Meanwhile, the Defence Headquarters has said the military has no hand in a purported document in circulation calling for the overthrow of the Buhari-led administration.

It condemned  the said documents on Tuesday in a statement released by Navy Captain Muhammed Wabi, the Deputy Director of Defence Information. 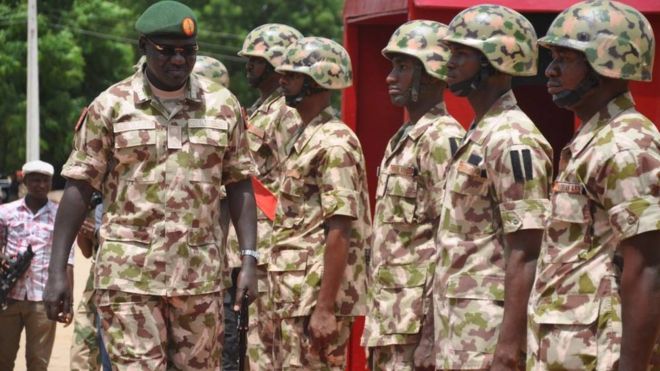 Dissociating itself from the document, the Defence Headquarters said the document was sponsored by a group known as Nigerian Continuity and Progress (NCP).

According to the DHQ, the NCP is calling for support of a revolution to oust the current democratically elected government and in its place establish an illegitimate interim government.

The DHQ said it understood its constitutional role and would not be misled into any action that can undermine the nation’s democracy, the DHQ reaffirmed the loyalty of the military to the Commander-in-Chief of the Armed Forces of Nigeria.

It also called on relevant government agencies to apprehend the sponsors of the document and bring them to book.