The fight between Eniola Adenuga, a son of the founder of Globacom, Mike Adenuga, and his ex-lover, Damilola Ogun, got messier yesterday with fresh allegations against a Lagos High Court Judge. Eniola and Damilola were formerly lovers, during which the 25-year-old lady became pregnant and had a child, Athena. But the relationship didn’t last too long and the estranged parties broke up, with Eniola keeping the child. A disagreement broke out between the former lovers and their families, resulting in legal battles at a Lagos Magistrates’ Court for the custody of the child. 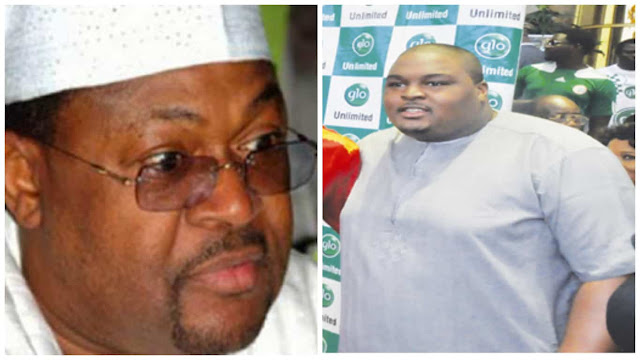 On August 6, 2018, Magistrate T.A. Elias delivered a judgment giving custody of Athena, to Damilola. Yesterday, a non-governmental organisation, Legal Defence and Assistance Project (LEDAP), claimed said no appeal was filed by Eniola challenging the judgement of the magistrates’ court. Instead, it accused Eniola of wrongfully obtaining a fresh order from Justice Oyekan Abdullahi of the Lagos State High Court. It alleged that Justice Abdullahi was biased in the case and that Damilola had been illegally arrested and detained.

The group, made up of lawyers, in a petition to the Chief Judge of Lagos State, Justice Opeyemi Oke, alleged that despite the existing judgement, Justice Abdullahi granted an order in which she relied on a “fraudulent agreement” signed and presented by only Eniola’s lawyer which gave custody of the child to Eniola. The legal officer of LEDAP, Adaeze Nkonkelonye, in the petition said Damilola’s former counsel – Falana & Falana’s Chambers – denied being a party to the agreement. She claimed that it was discovered that there was no court proceeding on the date, alleging that the court order was made in the absence of both counsel and parties during a court vacation.

The petition read in part, “We humbly request that this matter be transferred from Justice Oyekan Abdullahi due to a clear display of bias which has amounted to a meltdown of injustice. On August 6, 2018, His Honour, T.A. Elias of the Magistrate’s Court of Lagos State, who is also the first respondent in the suit, delivered a judgement giving custody of Athena Adenuga to the second respondent, Miss Damilola Ogun. In view of the said order, we filed an appeal which has been filed and subsequently filed a stay of execution and stay of proceedings at both the lower court and the Court of Appeal. “Despite the pending applications, Justice Oyekan Abdullahi made an order on April 3, 2019, for the search and rescue of Miss Athena Adenuga, depriving our client the benefit of the pending judgment of the magistrate’s court. We further filed an appeal against the said order. However, the court has ignored the said appeal and pending applications and further ordered the illegal arrest and detention of our client,” the petition added.  Nkonkelonye urged the Chief Judge to intervene in the matter by “immediately transferring the matter from the judge to avoid continuous harassment, intimidation and abuse” of Damilola.