In 2013, former governor of Zamfara State, Senator Ahmed Sani Yerima married an Egyptian girl reported to be 13 years old then. In an interview with Daily Trust, Yerima said his wife was not as young as 13-years-old but refused to give her age, saying it was an invasion of her privacy. As governor of Zamfara state, Yerima introduced the strict enforcement of Islamic law, sharia along with 11 other northern states in 2000. This photo posted on Instagram shows the senator with a foreign woman and biracial child. Is she the same child bride? 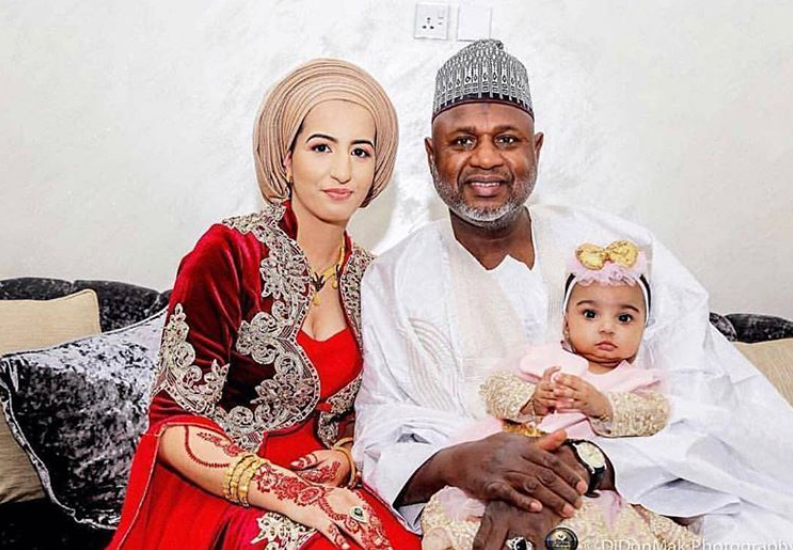 You will recall that the Nigerian senator accused of marrying a 13-year-old Egyptian girl says he has done nothing wrong. Ahmad Sani Yerima, 49, told the BBC that his fourth wife was not 13, but would not say how old she was. He denied breaking the law but said he would not respect any law that contradicted his religious beliefs. The Nigerian senate ordered an investigation after complaints from women’s groups but the senator said he did not care what the groups thought. A spokesman for the Egyptian embassy in Nigeria has said the girl is still at school in Egypt.