Barcelona came back from a goal down to defeat Inter 2-1 in their second group game at the Camp Nou on Wednesday. Luis Suarez brace in the second half cancelled out Latauro Martinez early goal in the first half. 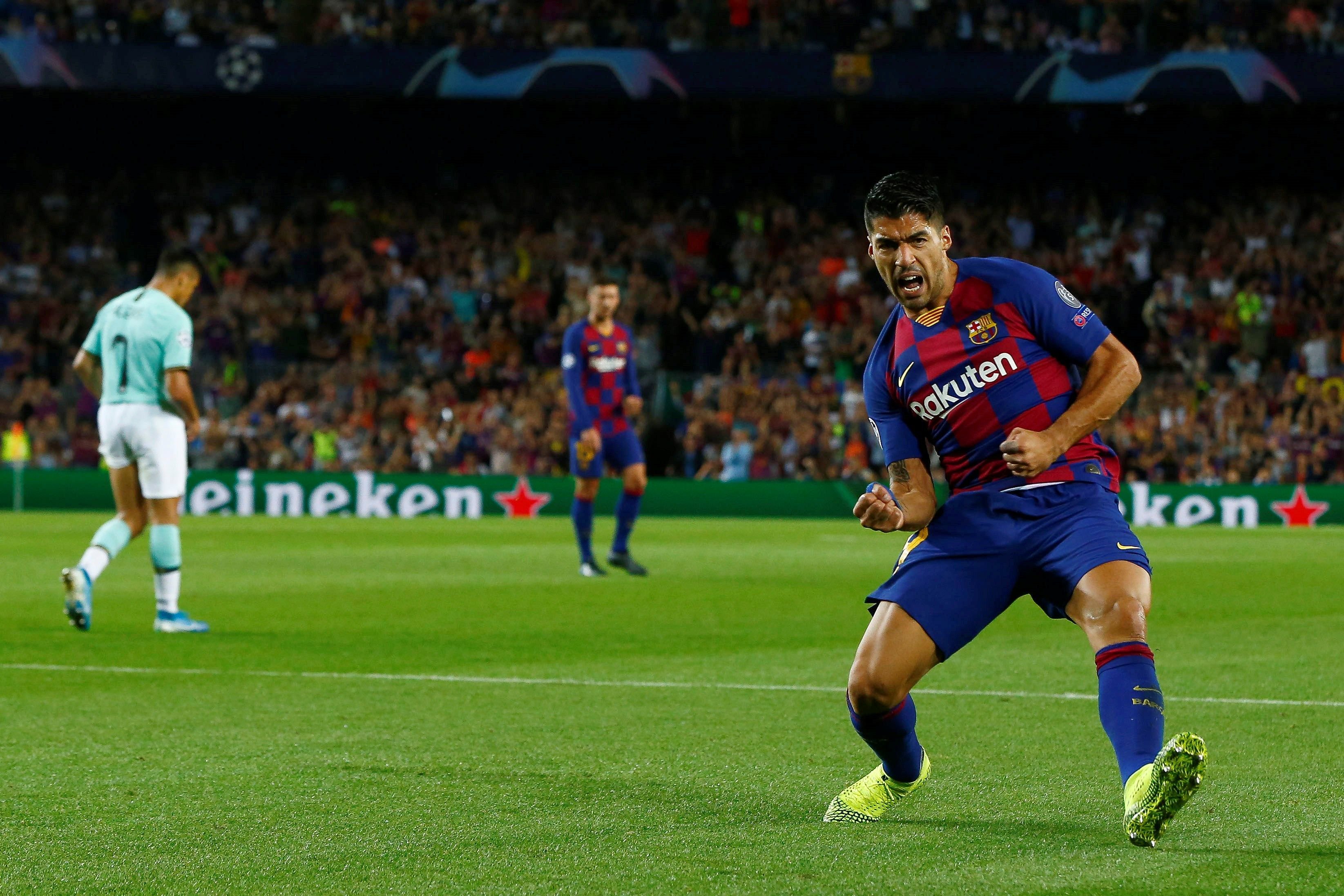 Lionel Messi returned from injury and starts for Barcelona, despite the hosts fearing that he would be ruled out after picking up an injury against Villarreal last week. He replaced Carles Perez in a front three, lining up alongside Antoinne Griezmann and Luis Suarez. Junior Firpo dropped out of the starting line-up with an injury and was replaced by Nelson Semedo with Sergi Roberto switching to the right-back position. For the visitors, Romelu Lukaku wasn’t involved tonight, he didn’t travel due to injury, so Sanchez and Martinez led the line for Inter. 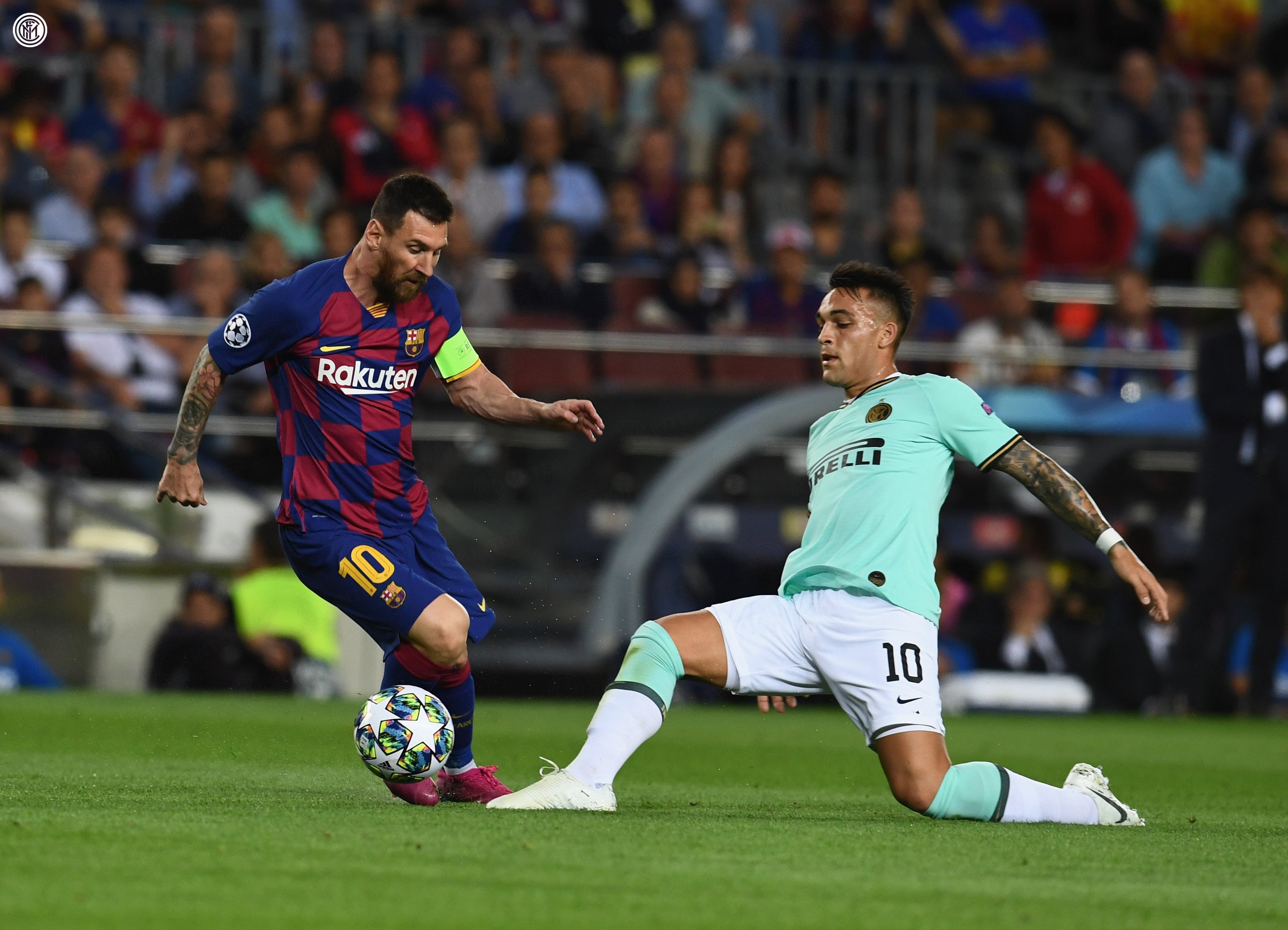 Inter took the lead very early in the game through Martinez. Sanchez’s with a quick ball in between the Barca defence to Martinez, who manages to hold off the challenge of Lenglet and then slide the ball into the bottom right-hand corner past Ter Stegen, who had no chance of saving that, it was perfectly placed in the corner.

Martinez got another good opportunity for Inter in the 16th minute, he almost doubled their lead. It was another quick piece of play and the striker was fed through on goal, getting in between the Barca centre-backs. However, this time his touch was too heavy as he rounds Ter Stegen and he just runs out of room to fire the ball into an empty net. Instead he has to try and backheel the ball to a team-mate, but Barca get numbers back and clear the danger.

Inter continued to pile pressure on the home team forcing Ter Stegen to a superb diving save to deny Martinez after a lovely cross into the penalty area by Candreva. The striker rose above his marker and powered a header towards goal, but Ter Stegen just managed to get a head to it and then Pique put it out of play.

The Italian side ended the first half as the most dangerous team in front of goal with the home team finding it hard to get past Conte’s strong defence. 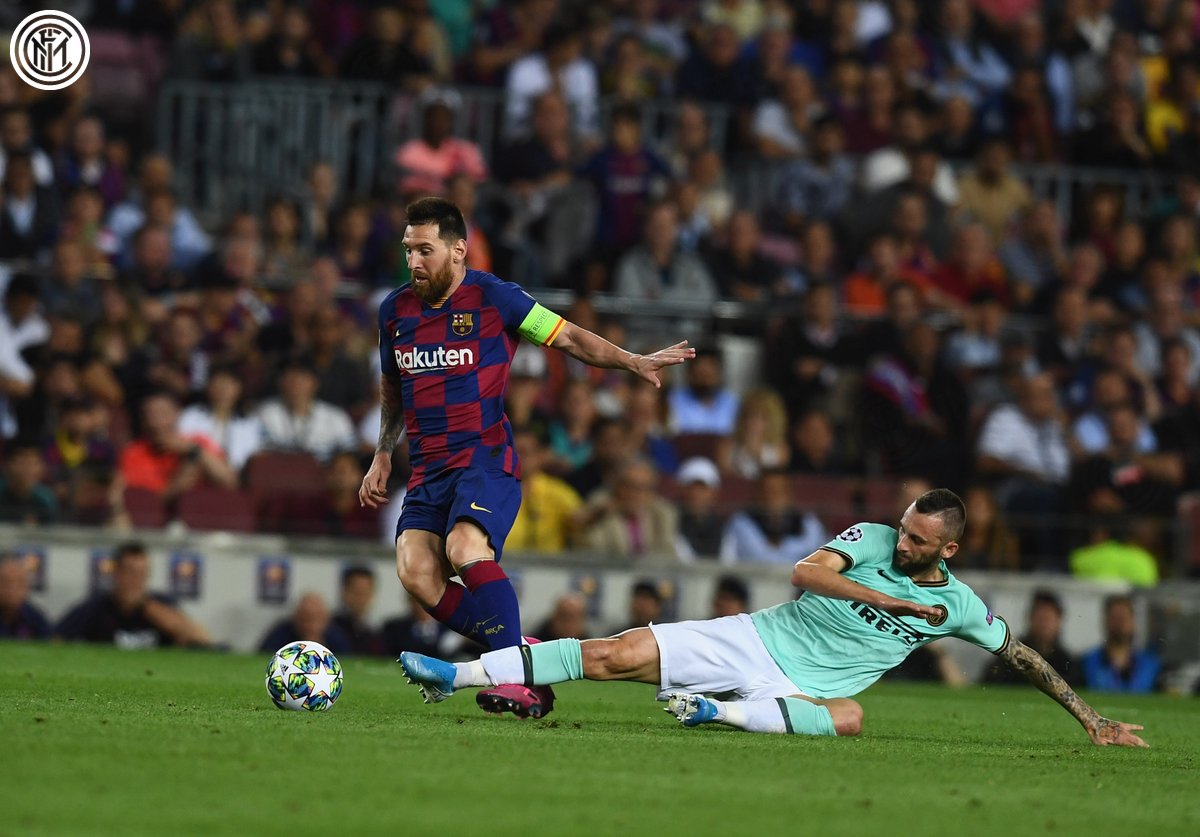 Barcelona came into the second half like a wounded lion and their pressure finally paid off in the 13th minute after restart. It was a terrific volley by Suarez after Vidal picked him out with a cross at the far post, just on the edge of the box. The striker turns and drills the ball into the ground, sending it into the far right-hand corner, out of the reach of Handanovic.

With the match heading for a 1-1 draw Messi and Suarez combined well to give the Catalans a 2-1 lead. It was superb move by Barcelona, a quick break forward, with Messi showing great skill to skip past a couple of Inter defenders, before playing it off to Suarez, who just curls the ball into the bottom right-hand corner of the net.