Chelsea bounced back from their opening defeat to Valencia to beat Lille 2-1 in their second group game of the 2019/20 Champions League season.

Coming off an opening day home loss to Valencia, only one thing would have been top in Frank Lampard’s mind; a win that will get them back in contention to progress from Group H of the Champions League. And if anything, last weekend’s 2-0 win over Brighton in the Premier League marked his first home win in charge of the Blues and would have gone to Lille brimming with confidence.

Lille, on their part, were coming off an opening day bashing at the hands of Ajax, where they suffered a 3-0 defeat and then held Nice to a 1-1 draw in Ligue 1 at the weekend.

And we were quick to know what to expect early on as Reece James, starting for the first time in the Champions League made a contribution early on. He was brought down in his own half by Reinildo, winning a free-kick.

But the real action came in the 22nd minute, Abraham meeting a perfect cross from Fikayo Tomori deep inside the box and controlled it with a nice first touch. He produced an accurate strike inside the right post to give Chelsea the lead. There was a slight scare though as the referee had to consult the VAR to give the goal.

But that goal appeared to have jolted Lille into action as seven minutes later, Kepa Arrizabalaga was forced to pull off a great save to deny Luiz Araujo, who made himself some space inside the box and unleashed a quick low drive to the bottom left corner.

And two minutes later, Lille would get back into the game as Osimhen jumped highest inside the box to meet a perfectly executed corner kick by Jonathan Bamba. His header was precise and ended up inside the right post, leaving the goalkeeper flapping in the wind.

And as half time approached, Marcos Alonso went close as his free-kick from around 21 meters out and his shot went just over the crossbar. And then Jorginho smashed a first-time shot from the edge of the box, but the ball only crashed against the right post! 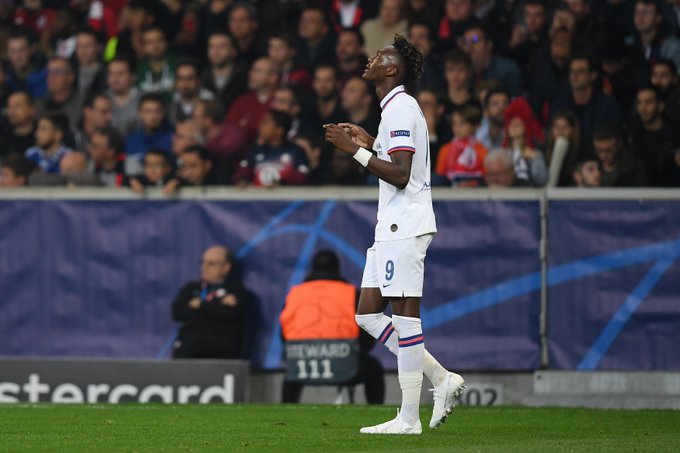 The second half began quite slowly from the first, as both teams looked to minimize mistakes and catch the other side on the break. At this point, there were few are far chances in between and nothing really to separate both sides.

But in the 73rd minute, Mason Mount received a slide-rule pass inside the box and had just the keeper to beat. His shot towards the bottom left corner lacked power and Mike Maignan easily made the save.

However, five minutes later, Willian showed off his superb ability as he volleyed the ball from inside the box into the middle of the target. The Blues take the lead again. 2-1.

And that goal means Chelsea secured their first win of this season’s competition.