Arsenal escaped a shock defeat in the hands of newly promoted Aston Villa at the Emirates with a dramatic 3-2 victory as Anglo-Nigerian teenager Bukayo Saka make a historic premier league bow.

Saka made his premier league bow following a stellar performance on Thursday, where he starred in the Gunners 3-1 victory against Bundesliga side Eintracht Frankfurt in the Europa League. He became the third-youngest debutant for Arsenal at just 18 years and 17 days old, in a Premier League game after making the starting XI. The youngest to represent the North Londoners in the competition is Cesc Fabregas, who was 17 years and 104 days old when he made his bow in 2003.
Followed by Theo Walcott, who made his Premier League debut on the 19th of August 2006, at just 17 years and 212 days of age, coming on as a substitute against Aston Villa. 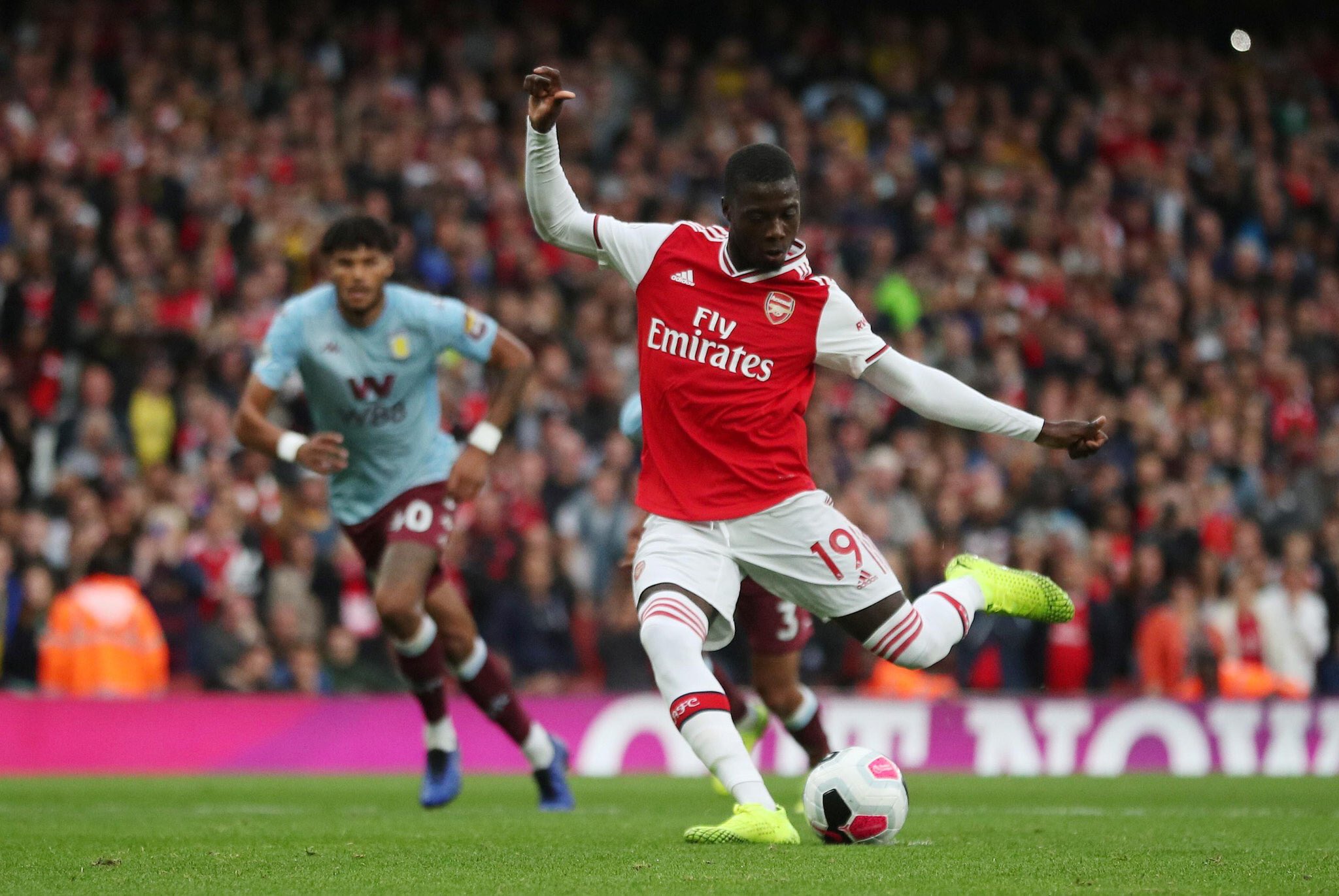 First half
Arsenal had drew 2-2 against Watford last week and needed to bounce back in front of their home fans but it was the visitors that showed more hunger to take the game to the Gunners.
Highly rated John McGinn showed by he was targeted by Manchester United during the summer with a 30-year shot which was saved by Leno. However, it did not take long for Villa to take the lead as McGinn escaped his marked and latched onto a well delivered cross from El Ghazi to beat Leno for the opener.

Arsenal responded as Saka drilled a shot just wide to Tom Heaton’s relive. But the half ended with a bad taste for the Gunners as they finished with 10-men when Ainsley Maitland-Niles got his second yellow following a late tackle on Taylor and was sent off.

Second half
The half almost started in a disastrous fashion for the home side but they escaped what could had been an easy own goal. Jack Grealish drove past three Arsenal defenders and drilled a cross across goal which was almost turned in but only hit the side netting.
Arsenal got a lifeline as the 10-men got a penalty after Guendouzi was fouled inside the box. Gunners record signing Nicolas Pepe stepped up and scored to make it 1-1.

However, the away side restored the lead as Wesley tapped home from close range after fine work from Grealish. Arsenal fought their way back into the match as Chambers levelled scores at 2-2 after capitalising on a defensive lapse.

The 10-man North London side stole the show lat in the match as Gabon international, Pierre-Emerick Aubameyang curled a freekick home from the edge of the box to end the game 3-2.