Chelsea ran riots at the Molineux following a comprehensive 5-2 victory against Wolves with in-form Tammy Abraham scoring a first career hat-trick for the Blues. 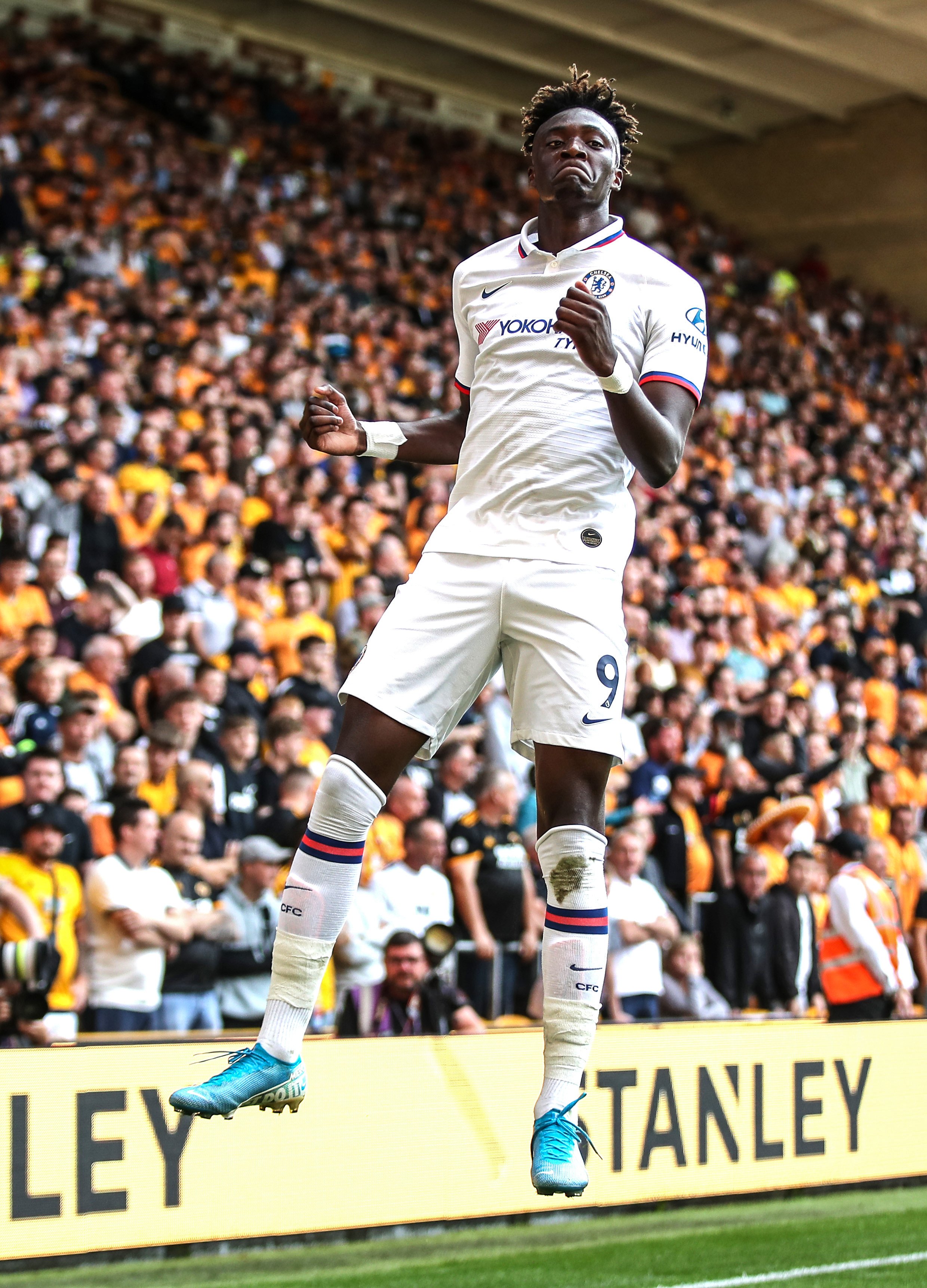 Nuno Espirito Santo, who is without a premier league win this season started his trusted quartet Joao Moutinho, Rúben Neves, Diogo Jota and Jimenez while Antonio Rudiger and Marcos Alonso made their first league starts for Frank Lampard’s Blues.

First Half
Wolves fans were buzzing and players wore special shirts as they marked the 130th anniversary of Molineux but it was Chelsea supporters that celebrated as England young star, Fikayo Tomori powered in a right foot shot from 35-yards to beat Rui Patricio.

Red hot, Tammy Abraham made it 2-0 with a clever finish from inside the six-yard box after referee Graham Scott played advantage following Conor Coady’s foul on Mason Mount in the buildup.

The England international with Nigerian roots showed why he is highly rated with his sixth premier league goal of the season when he connected Marcos Alonso’s cross with a clever headed to take Chelsea into the half-time with a 3-0 lead.

Second Half
The home side came out with a sense of urgency as they tried to get back into the game. However, it was Chelsea that extended their lead with a brutal counter-attack finish and it was again, Tammy Abraham. The 21-year-old received a long pass before beating Conor Coady with quick feet and rifling a shot into the bottom corner of the right post to make it 4-0.

The goal meant that Tammy Abraham become the youngest ever Chelsea player to score a Premier League hat-trick, and youngest Englishman to do so in the competition since Raheem Sterling in October 2015. He picked up a yellow card after a foul on Diogo Jota.

Chelsea almost made it 5-0 but Mason Mount failed to score after dribbling past Rui Patricio in goal for Wolves. At the other end, the home side reduced the deficit as Romain Saiss heads past Kepa Arrizabalaga from a corner to deny the Blues a first clean sheet of the season.

Wolves continued the fight as new signing from AC Milan, Patrick Cutrone poked home from close range to make it 4-2 but Chelsea held on for the three points with Mason Mount scoring a late goal to make it 5-2.