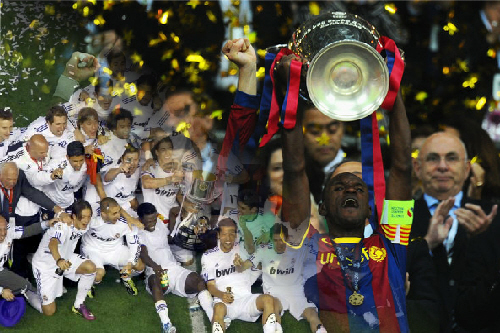 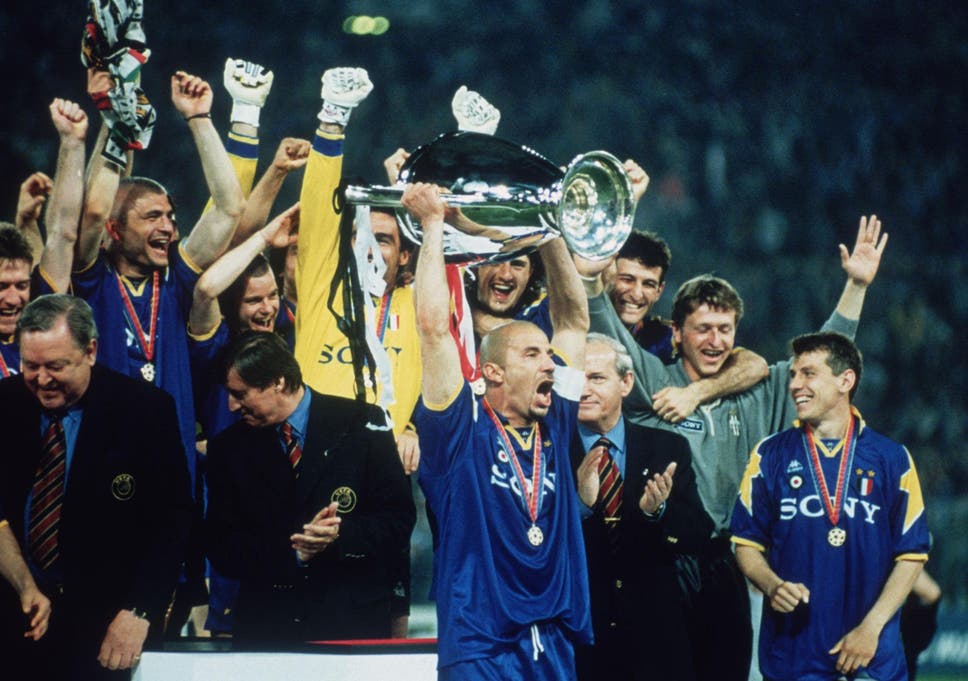 14. Bayern Munich – Germany – 70 trophies: 29-time Bundesliga champions Bayern Munich continue to dominate Germany season-by-season. They also rank fourth in all time Champions League wins with five to their name, their most recent being in 2012/13. Despite being strong domestically, Bayern’s success in Europe has fallen short in recent years, since claiming the Champions League in 2013, Bayern have not been in the final.

13. Ajax – Netherlands – 70 trophies: Ajax’s 2018/19 Champions League campaign saw them reach the semi-finals with a squad which had an average age of 24 years old. The youngsters even managed to defeat European giants such as Real Madrid and Juventus on their way there.

The rich history of Ajax has seen the club win the Eredivisie 34 times as well as lifting the Champions League on four occasions. Despite losing key players to their 2018/19 Champions League campaign, such as Matthijs Ligt and Frenkie de Jong, the youthfulness of the squad hints that even more trophies could be on the horizon in years to come.

12. Manchester United – England – 71 trophies: The most successful club in England, Manchester United boast a rich history of 20 league titles, 12 FA Cups and three Champions Leagues. As well as the titles, United’s history has been full of talented players who have gone on to be, or are currently, some of the best in the world.
The likes of George Best, Eric Cantona, Ryan Giggs, David Beckham and Cristiano Ronaldo were all stars throughout the club’s history. Moreover, Sir Alex Ferguson led the club to 38 trophies during his 26 years at the helm, and many see him as one of the greatest managers of all time. 11. Al-Faisaly – Jordan – 74 trophies: Formed in Amman in 1932, Al-Faisaly are by the most successful club in Jordan’s history. The club have won the Jordanian Premier League 34 times as well as winning the Jordanian FA Cup 20 times, accounting for most of the success that they have had.
10. Porto – Portugal -74 trophies: The second-most decorated club in Portugal, Porto have won the Primeira Liga 28 times, the Taco de Portugal 16 times and the Champions League twice. They had a memorable victory in with Jose Mourinho as manager the team, featuring the likes of Deco and Ricardo Carvalho, Porto defeated Monaco.

9. Olympiacos – Greece – 75 trophies:  Based in Athens, Olympiacos are the most successful team in Greece, with an impressive 44 Greek Super League and 27 Greek Cup titles to their name. Their highest finish in UEFA competition came in 1998/99, where the club reached the quarter-final stage of the Champions League. Notable players include Brazil-legend Rivaldo as well as former Barcelona and Man City midfielder, Yaya Toure. 8. Benfica – Portugal – 82 trophies:  The most successful team in Portugal. Benfica have won the Primeira Liga a record 38 times, as well as holding the record for the most Taco de Portugal titles, with 26. On the European stage, Benfica won the European Cup two years in a row in 1960/61 and 1961/62.
Benfica has seen a large amount of European talent pass through its squad. Players such as Jan Oblak, David Luiz, Bernardo Silva and Angel Di Maria all made appearances for Benfica before breaking out into the bigger clubs of Europe.

7. Real Madrid – Spain – 90 trophies: Los Blancos are one of the most decorated clubs in history and have the record for most Champions League titles – 13. They hold multiple records across Europe, the most notable being their back-to-back-to-back Champions League victories from 20116 to 2018. The Santiago Bernabeu has seen players such as Zinedine Zidane, David Beckham, Iker Casillas and most notably Cristiano Ronaldo, who is regarded as the best Real player of all time. He is also the club’s record goalscorer (450 goals in 438 appearances between 2009/10 – 2017/18).

6. Barcelona – Spain – 91 trophies: Fierce rivals of Real Madrid, Barcelona are a club also stacked with history and glory – and are arguably the biggest football club in the world. The Catalan club has 26 La Liga titles to go with their 30 Cop del Rey victories and 5 Champions Leagues.
Barcelona also holds the record for being the only club to win two trebles (the first in 2008/09, the second in 2014/15). Similar to Madrid, Barca has seen many star players come through their club, but unlike Real, Barca used to focus on youth talent, rather than buying the best players in Europe. 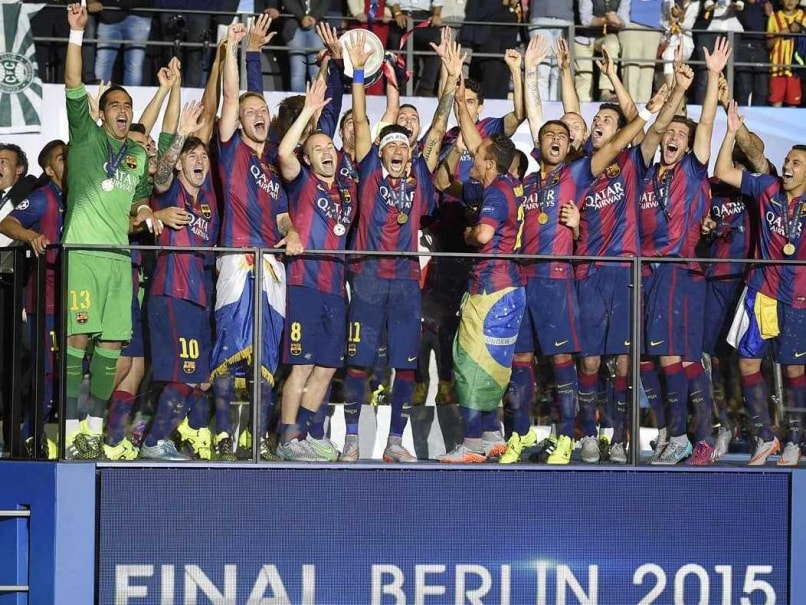 5. Celtic – Scotland – 105 trophies: Fifth in the all-time list and the first team on the list with over 100 trophies, Celtic are a team which has dominated Scottish football in recent years – but they are not the most successful team in the country’s history. Celtic have won an astonishing 50 Scottish League championships, and have won it every year for the last eight years. They also won the European Cup in 1966/67.

4. Atletico Penarol – Uruguay – 108 trophies: Penarol are the second most successful team in Uruguay. They have never been relegated from the top division since joining the league in 1900.
The club has won 50 Primera Division titles and five Copa Libertadores. A notable forward to come through the club is former Manchester United and Atletico Madrid star Diego Forlan, regarded as one of the greatest Uruguayan players of all time.

3. Club Nacional de Football – Uruguay – 113 trophies: The most successful team in Uruguay, pipping Penarol on the trophy front, Club Nacional have won the Primera Division 46 times and have three Copa Libertadores titles, but it’s the domestic cup competition success which has them ahead of their rivals. Inter Milan defender Diego Godin spent the early days of his career at Nacional and is one of their most famous players.

2. Rangers – Scotland – 115 trophies: The most successful team in Scotland, Rangers have 54 Scottish League titles to their name. In Europe, they won the European Cup Winners’ Cup in 1971/72. Despite having not won the Scottish title since 2010/11, Rangers continue to be the most decorated team in Scotland and have seven domestic trebles… but Celtic are hot on their tails.

1. Al Ahly – Egypt – 118 trophies: The most decorated club in the world, if trophy count is what should be believed, are Egypt’s Al Ahly. Known as “The Club of the Century” in African football, Al Ahly were founded in 1907 and have been perennial winners since day one.
Among their vast collection of trophies, they have won 41 Egyptian Premier League titles, 36 Egyptian Cups, 10 Egyptian Super Cups, eight CAF Champions Leagues, six CAF Super Cups, four CAF Cup Winners’ Cups and one CAF Confederations Cup.