2019 Africa Cup of Nations (AFCON) flop, Eric-Maxim Choupo Moting, was in fine form for Paris Saint-Germain, scoring two goals as the French champions became the first team in Ligue 1 history to score in 41 consecutive matches on Sunday night, hours after Henry Onyekuru’s AS Monaco stumbled in front of home fans against Nimes.

With that goal, @PSG_English have set a new @Ligue1Conforama record having scored in 41 consecutive matches! 👏👏 pic.twitter.com/edntJGqoei

Choupo-Moting, who failed to find the net in four appearances as Cameroon crashed out of AFCON 2019 at the round of 16 stage, was named on the bench with Edinson Cavani starting in attack. 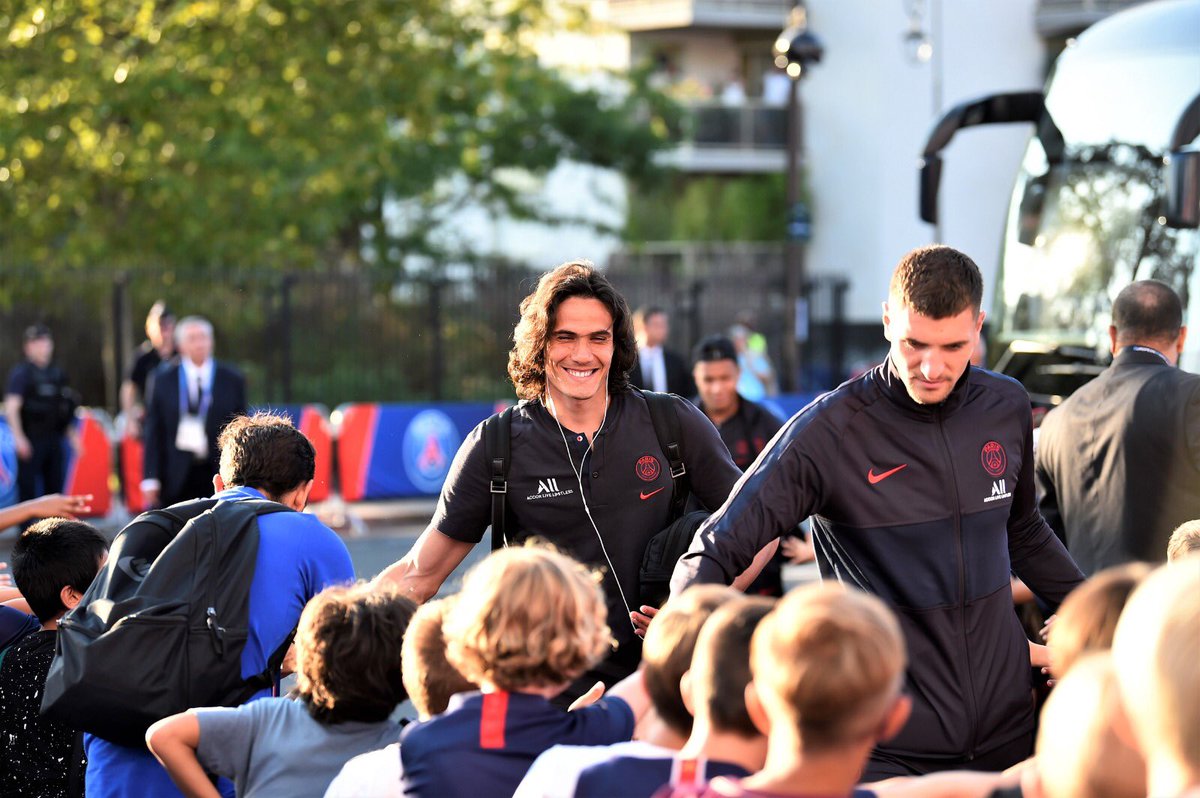 However, the Cameroon international was called to action in the 14th minute following an injury to the Uruguayan striker, with PSG failing to break the deadlock in the first half which ended goalless.

But it took Choupo-Moting just five minutes of the second half to make his mark as he put Thomas Tuchel’s side ahead at the Parc des Princes with some fancy footwork before scoring off the post, before an own goal by Mathieu Goncalves five minutes later off Pablo Sarabia’s ball into the area doubled the advantage for PSG.

Former Manchester United midfielder, Angel di Maria then saw a penalty kick saved by Toulouse goalkeeper Baptiste Reynet in the 70th minute, but his blushes from the spot would be spared by Choupo-Moting five minutes later as the substitute got his second and PSG’s third of the night with a close range finish. 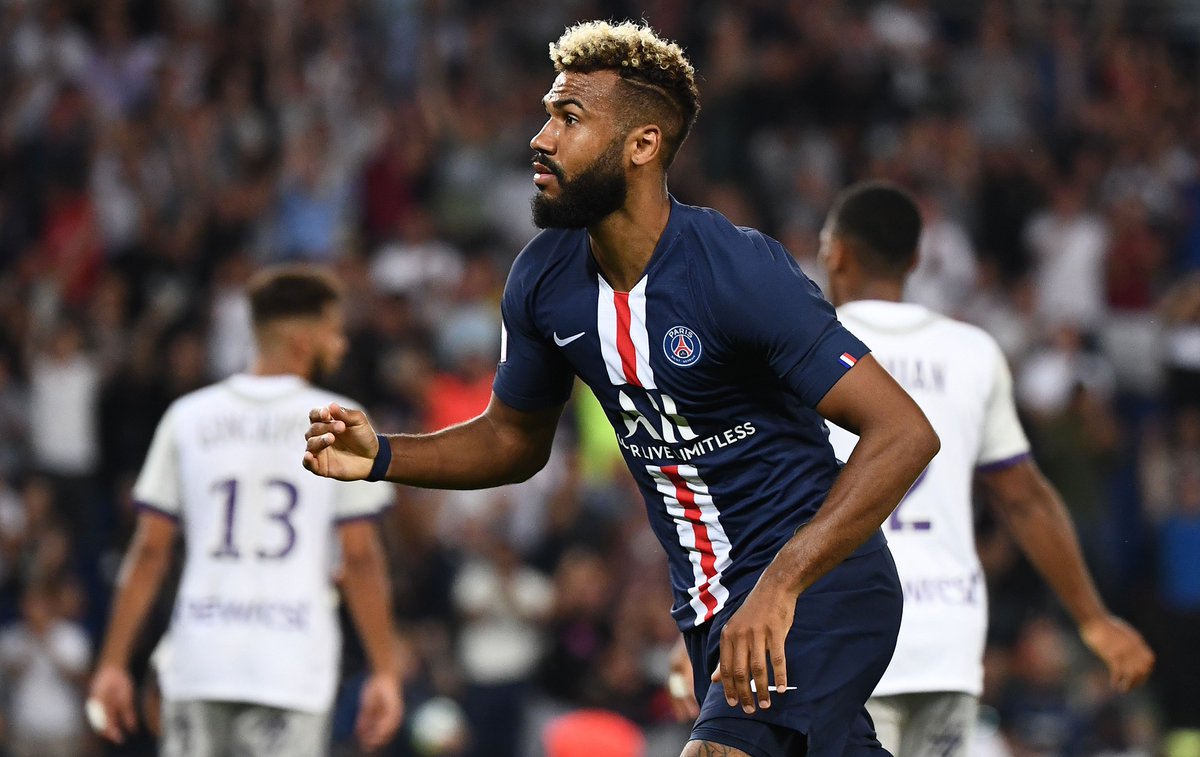 The Cameroon captain came close to getting his hat-trick seven minutes later but was denied by Reynet, who would eventually get beaten in goal as PSG scored a fourth goal a minute later through Marquinhos with a powerful header off Di Maria’s corner kick on the Brazilian’s 250th appearance for the club. 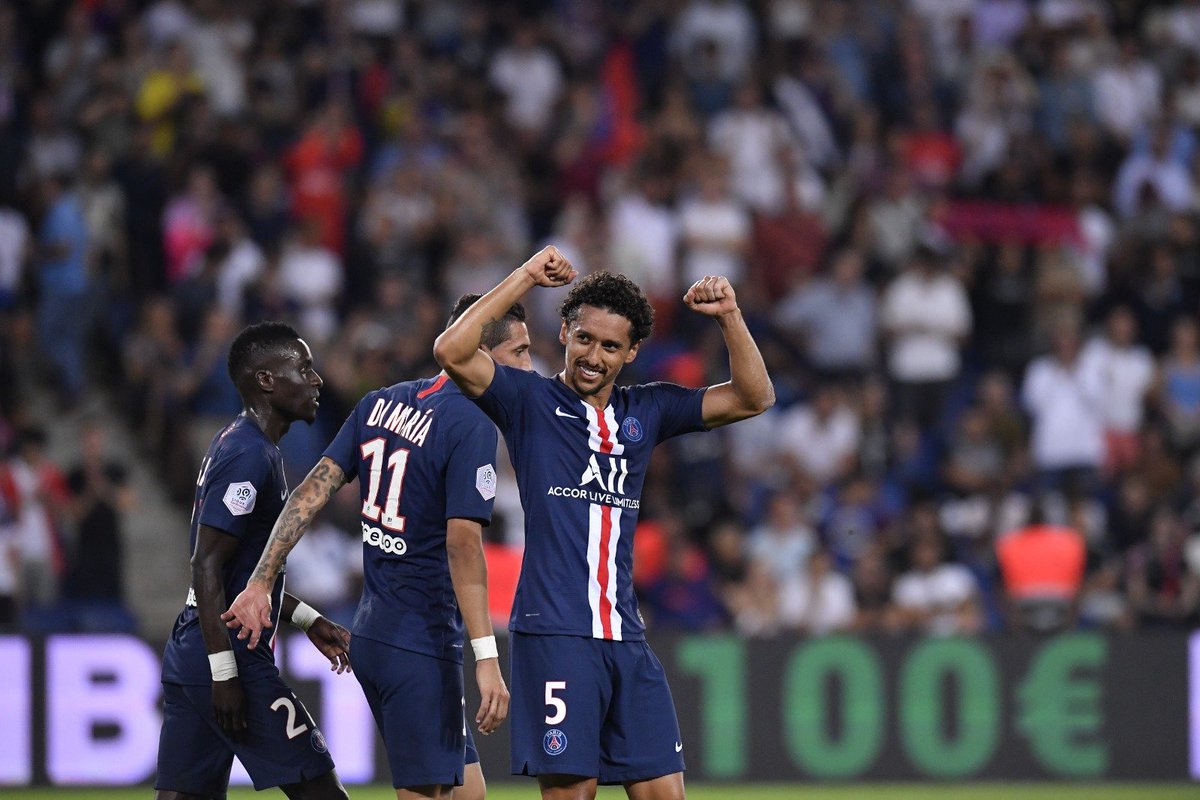 PSG’s 4-0 win in front of home fans was a resounding response to the 2-1 loss suffered last Sunday at the hands of Stade Rennes, with the victory seeing the champions rise to third on the table with six points after three matches. 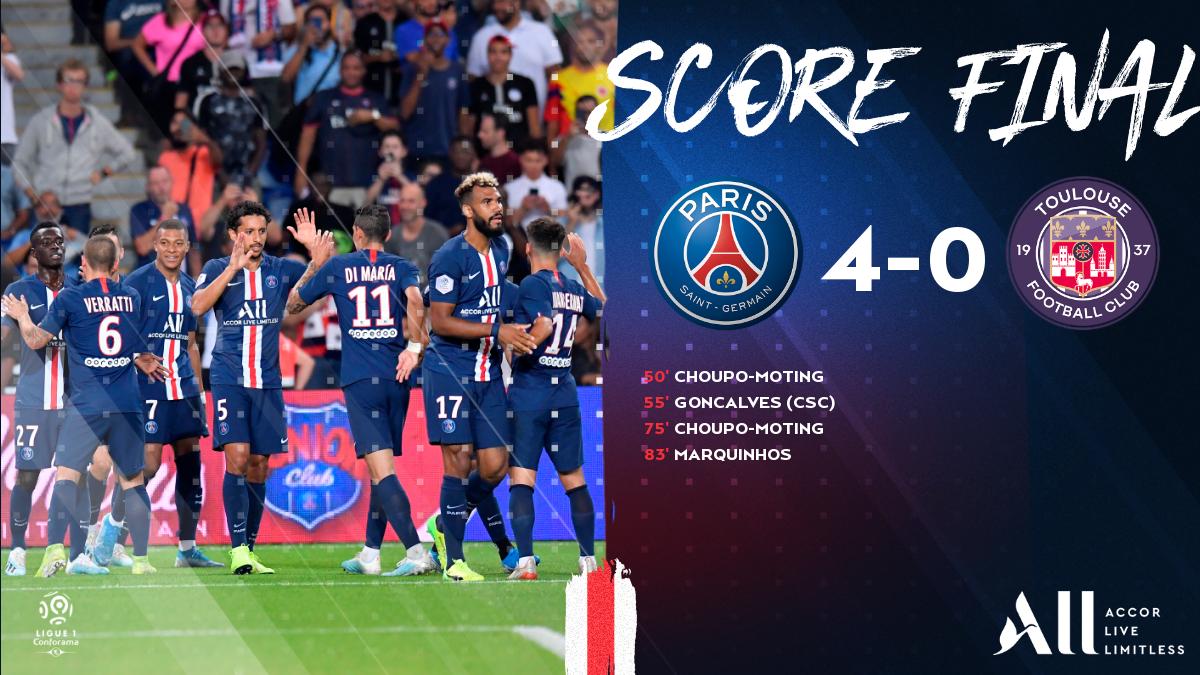 Rennes lead Ligue 1 with nine points while Olympique Lyon are second with six points from two matches played, ahead of PSG on goal difference, and a game in hand against Montpellier which comes up on August 27.

In another Ligue 1 matches played on Sunday, Super Eagles star Henry Onyekuru provided an assist for Islam Slimani as 10-man AS Monaco coasted to a 2-0 lead at home to Nimes only to end up playing a 2-2 draw at the Stade Louis II. 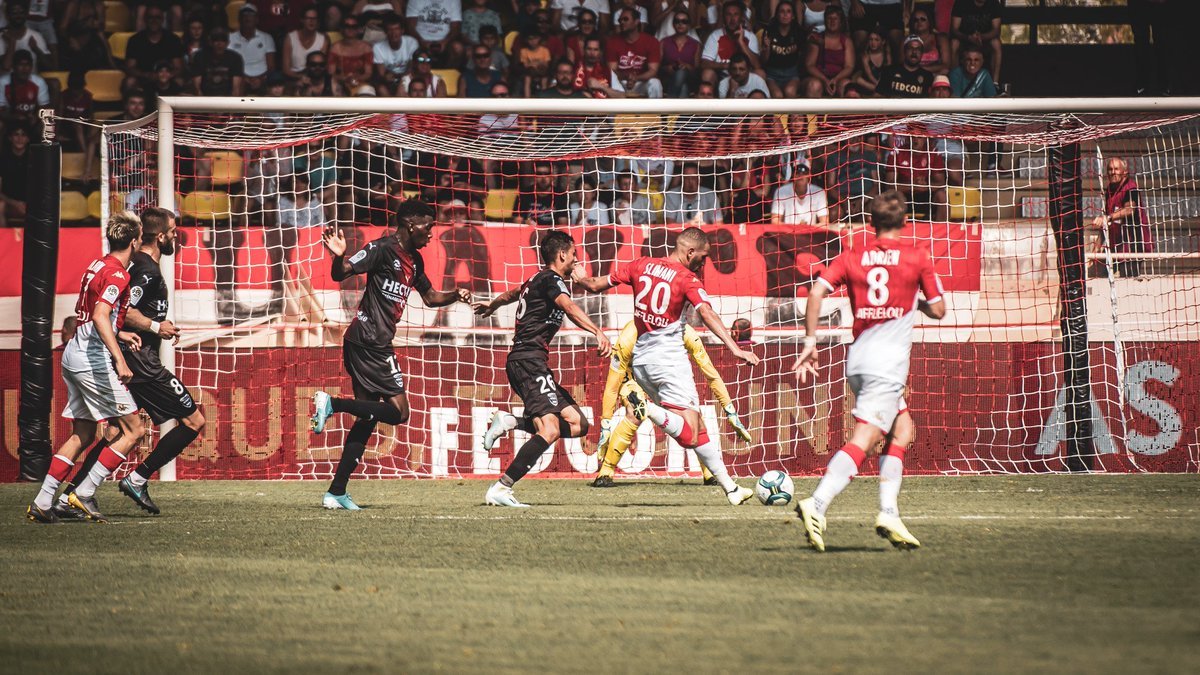 What are your thoughts on the results recorded by Choupo-Moting’s PSG and Onyekuru’s Monaco on Sunday night in Ligue 1? Share your views about it with us in the comment section.