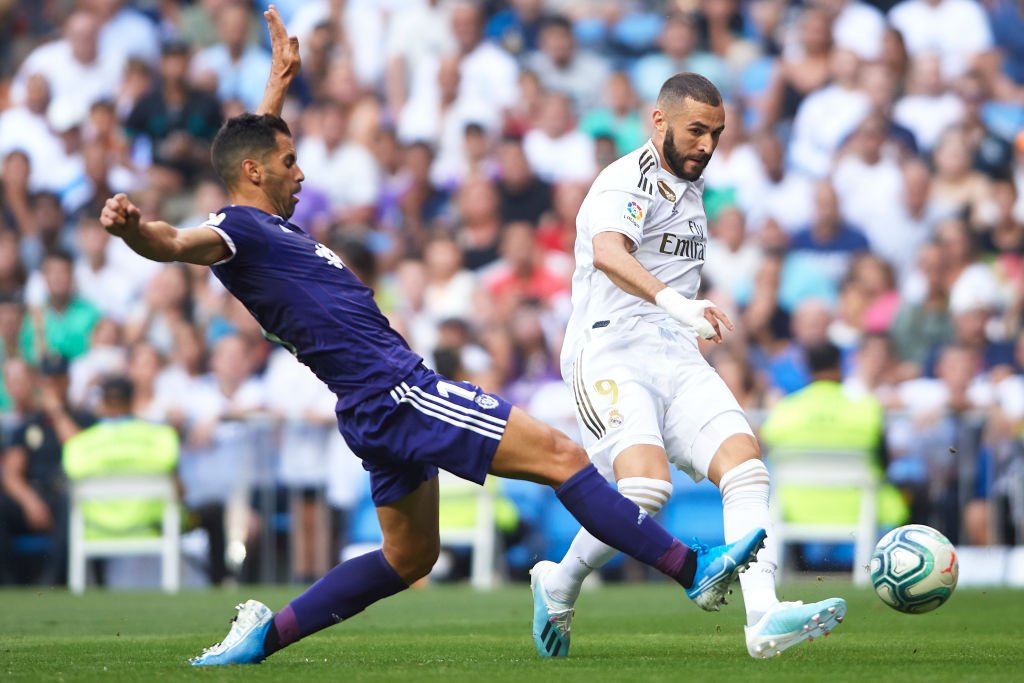 Zinedine Zidane made three changes for Madrid as James came in from the cold to replace Vinicius, while Isco and Carvajal earned the starts in place of the suspended Luka Modric and Alvaro Odriozola. Bale continued in the final third alongside the spearhead Benzema while Real Valladolid boss made three changes to the side that defeated Betis last weekend. Porro came into the side on the right flank, while San Emeterio was slotted into the middle of the park. Former Manchester City striker Enes Unal gets the nod over Sandro Ramirez to partner Sergi in the final third. 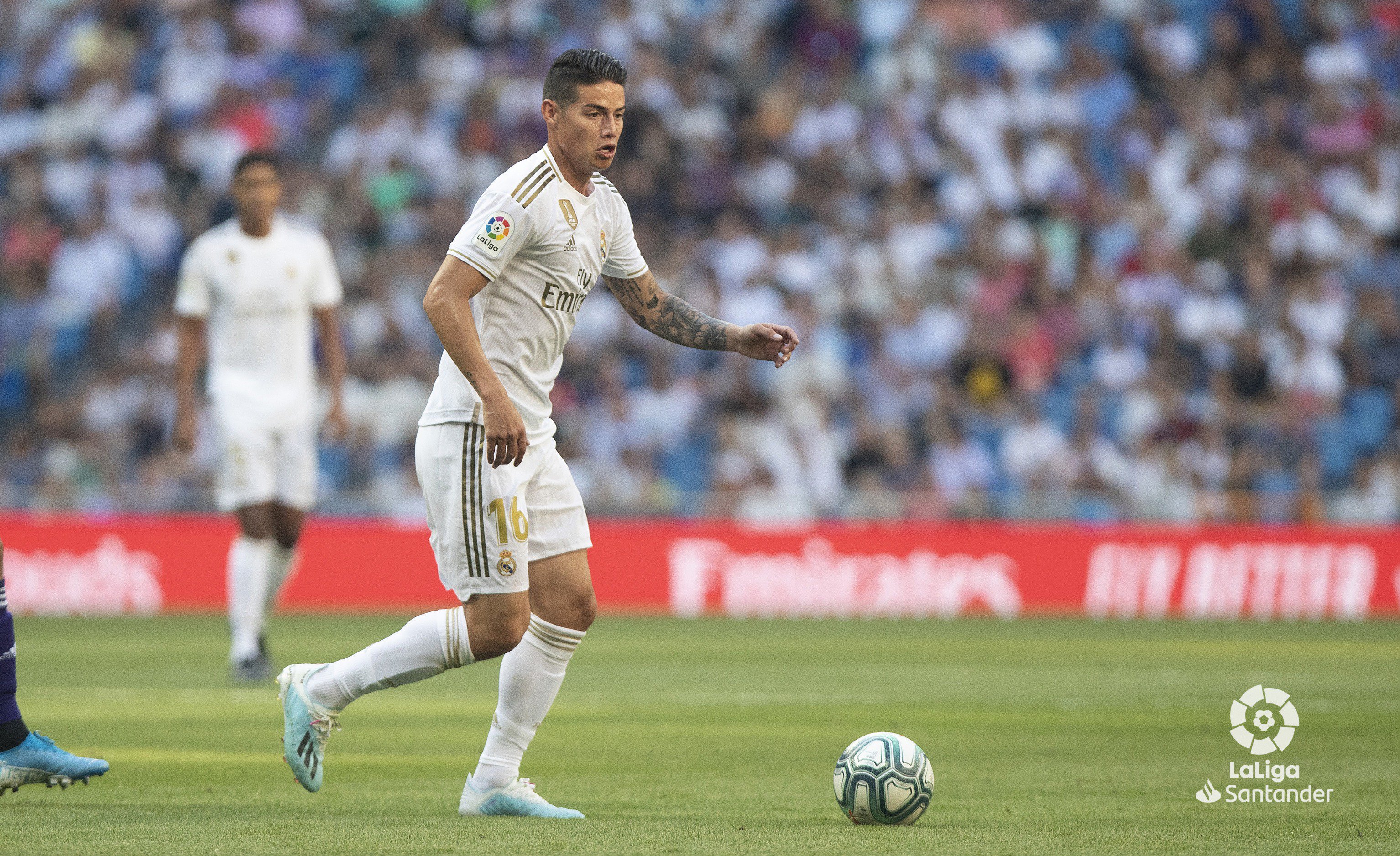 Real Madrid began the game as the best side and almost took the lead in the opening minute but Bale’s effort was played wide after being setup by James on the right. Few minutes later the Los Blancos came close to scoring through once again but Jordi Masip was up to the task as he saves the Welshman’s effort. 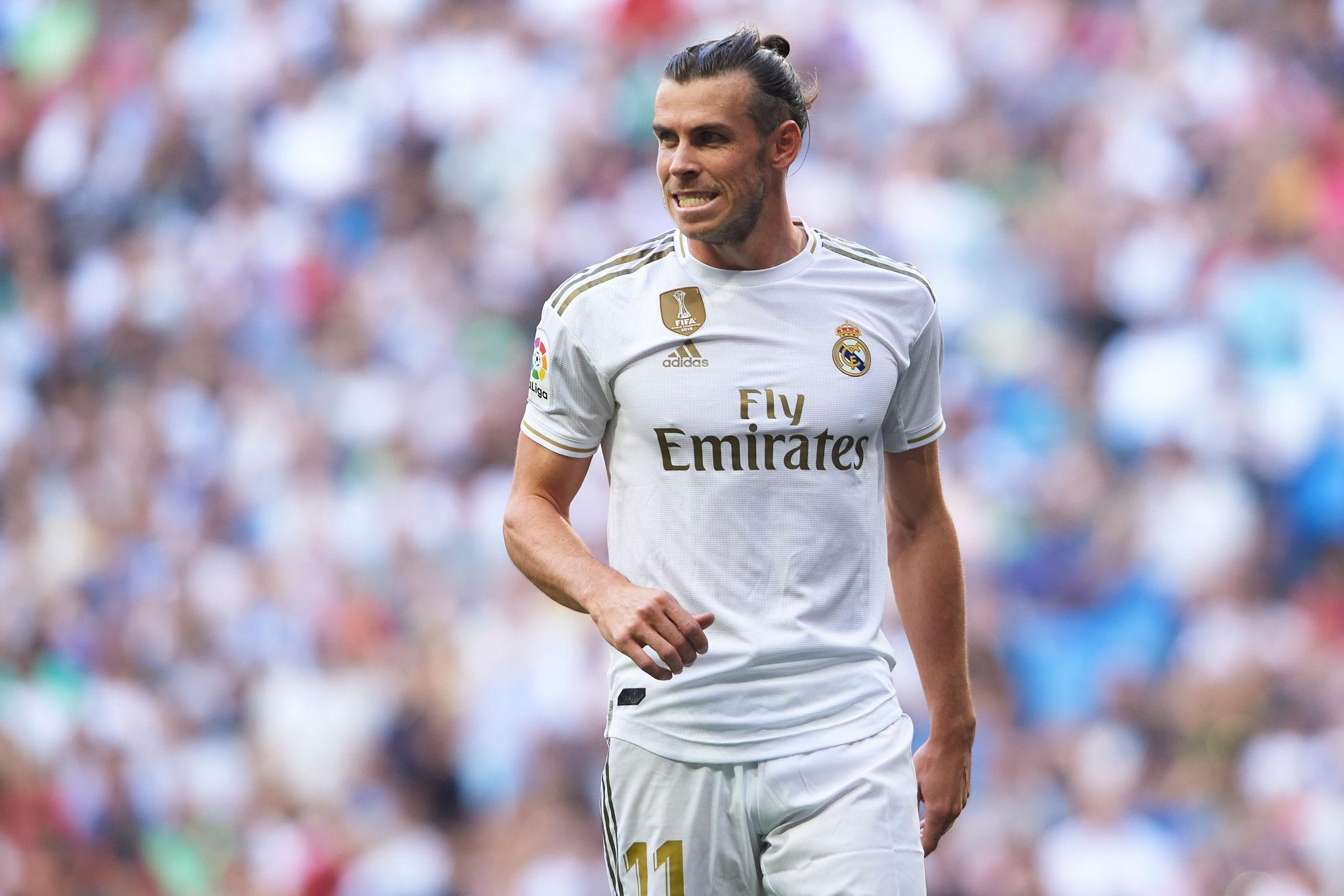 Benzema came close to scoring Real Madrid’s first goal in the game after 38 minutes of play. The French striker was released on the left with a pass from Toni Kroos but his effort was saved by Masip.

Great save from Masip! 📛@Benzema was THIS close to his 150th goal in #LaLigaSantander…#RealMadridRealValladolid pic.twitter.com/sTwgPuQUqI

Zidane’s men kept creating chances in the opponent’s half but failed to make it count as they ended the first 45 minutes with a 0-0 scores even though they were the better side. 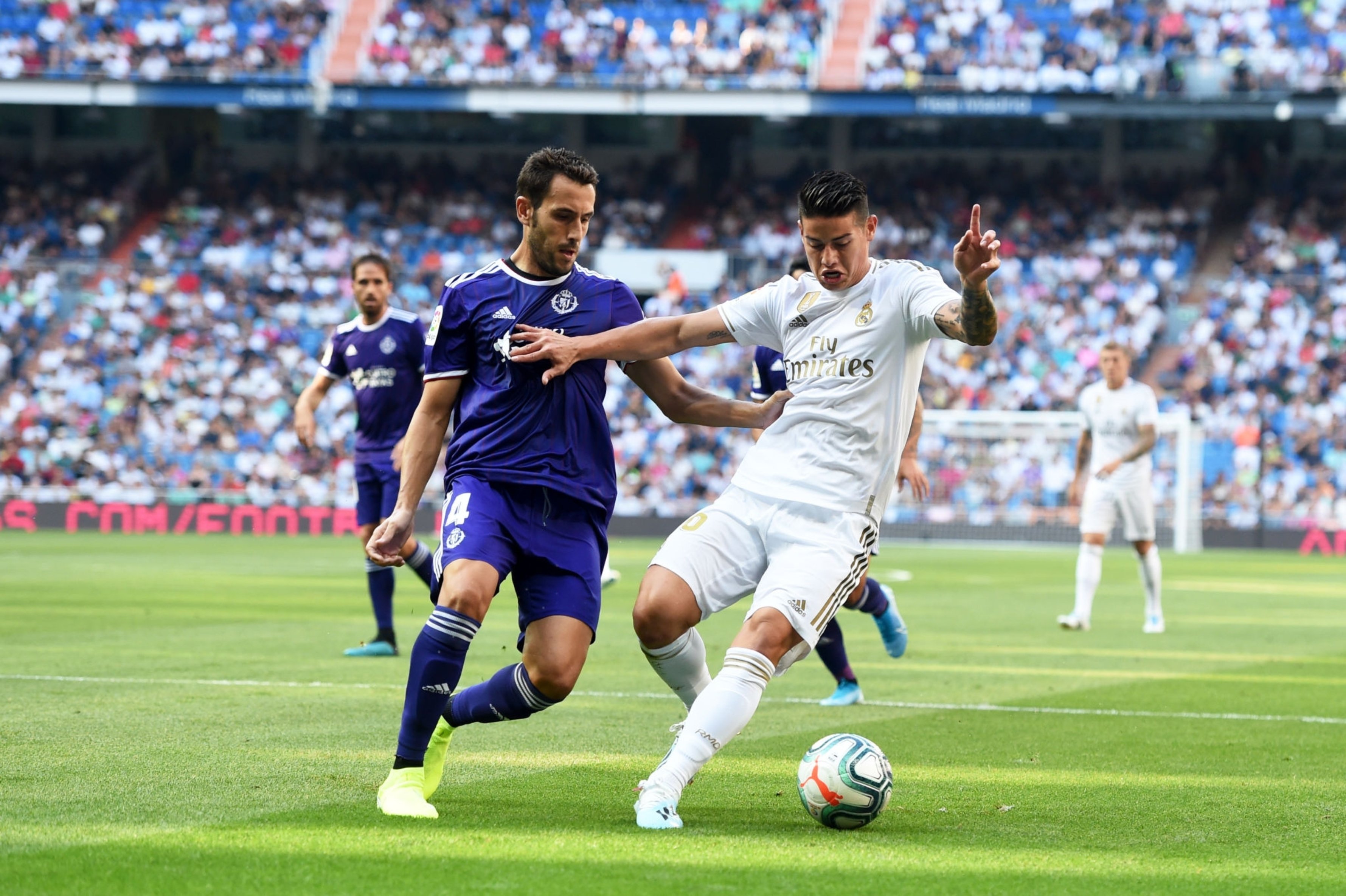 Both teams started the second half slowly as Valladolid continue to stop Real Madrid from getting into their box. The first chance in the second 45 minutes came in the 69th minute after a wonderful play from Bale on the left flank which was met by Jovic’s header but it hits the bar. Valladolid came also close to upsetting Los Blancos in 75th minute through Waldo who lashes Ramos lose ball but Courtois punched it to safety.

Real Madrid finally got the breakthrough in the 82nd minute through Benzema. The Frenchman collected Varane’s offload with his back to goal just inside the box he then turned to whip a low strike into the right bottom corner beyond the reach of Masip. 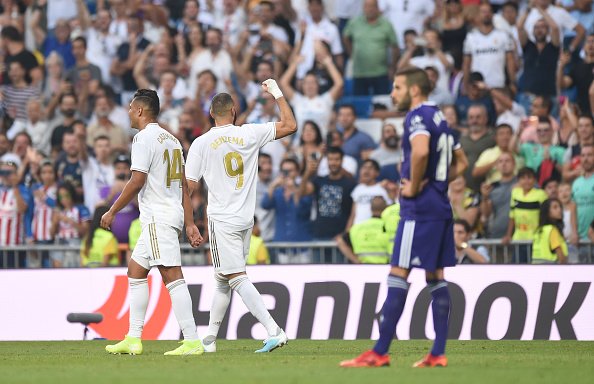 Real Valladolid equalised six minutes later through Sergi Guardiola. He latches on to a precise offload from Plano in the left inside channel. Courtois races off his line, but the forward beats the Belgian with a low strike into the bottom corner. 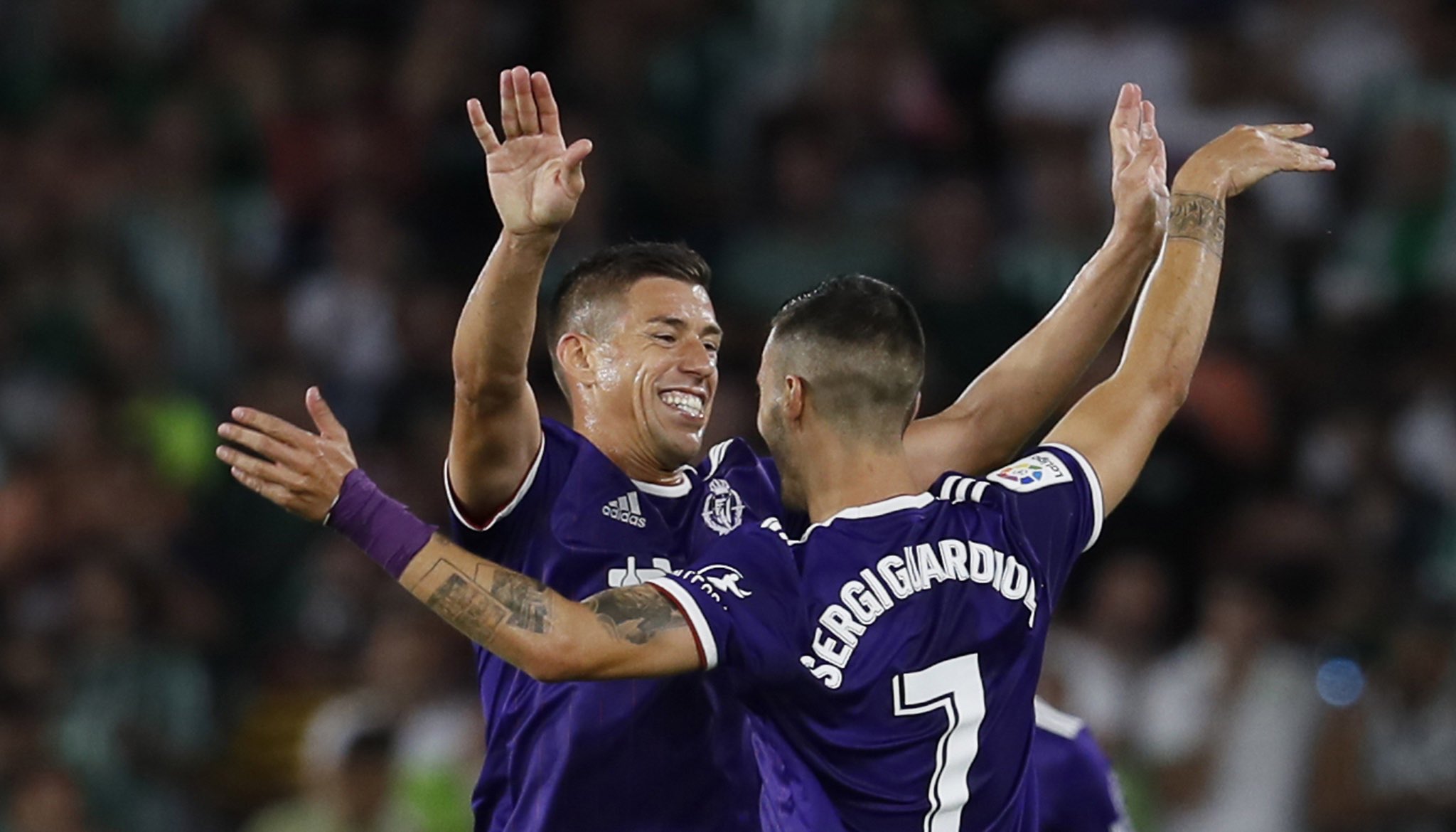 Real Madrid will now face Villarreal in their next La liga gane away from home.