Super Eagles star, Odion Ighalo broke the internet on Monday morning after he disclosed that he would be doing a giveaway. 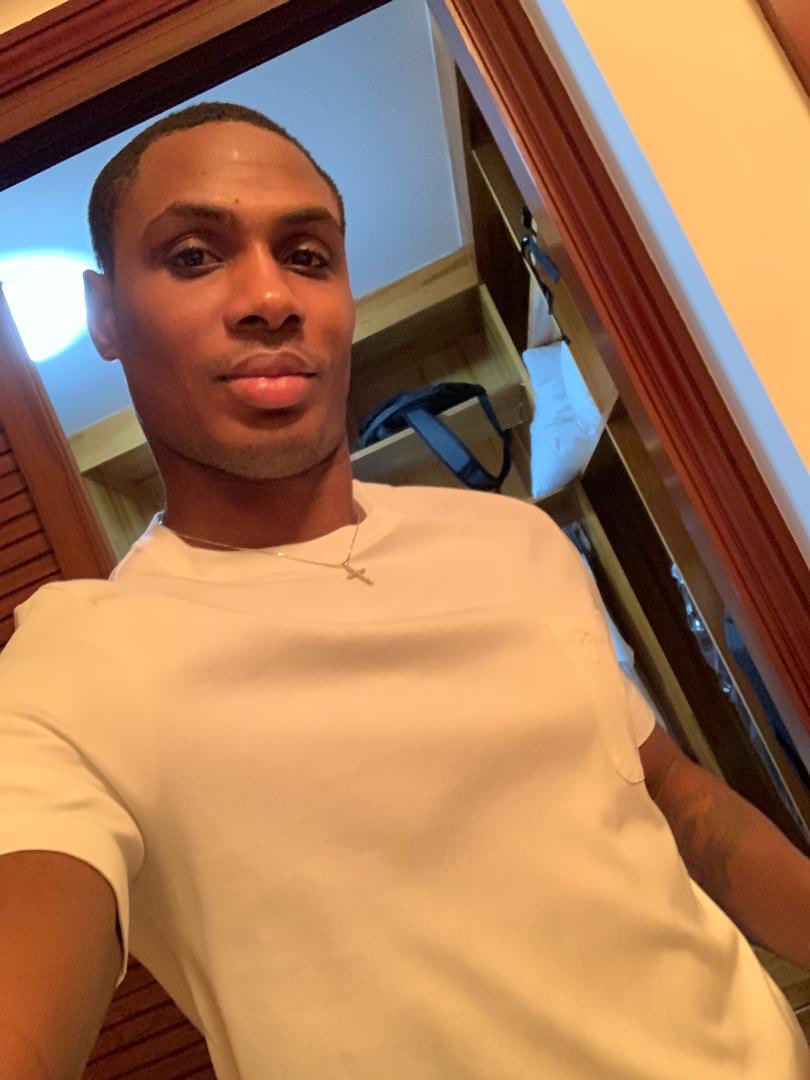 The former Premier League star tweeted that he would be blessing 20 people from his timeline but he did not reveal how much he would be dashing out.

Just put your account down and I will send to 20 accts,so anyone wey get should say it o.make anybody no take twice o🙏🏾

Just put your account down and I will send to 20 accts,so anyone wey get should say it o.make anybody no take twice o🙏🏾

Within minutes of his post, several twitter users replied to his tweets and submitted their account details hoping to receive the showers of blessing. Ighalo was shocked at the rapid response and could not hold back his surprise that his followers were awake and ready to get the money.

– Man, Jude Ighalo threw out N100K to 20 people this morning. What a great way to start the week.

Received my own 50k
Thanks ighalo 😭😭🙏🙏
Now, I don't eat alone
I'm giving back 3k each to 10 people
Drop your account details and retweet I'm picking randomly
You must be following too. Let's go👇👇

The 2019 Africa Cup of Nations (AFCON) golden boot winner kept his followers in anticipation as he continued to give them hope about the number of accounts he still intended to transfer money too.

One Twitter user could not help but aim a dig at the number of people who dropped their account details after raining insults at the Nigeria international during the 2018 FIFA World Cup and the recently concluded AFCON.

Same people that gave Ighalo sleepless nights after Argentina game in Russia are the ones dropping account number..
lmao! Inside life..

This Ighalo that is giving out 100k wants to win our hearts so that we can beg him to return to the Super eagles team pic.twitter.com/gVWKFmrz1A

A section of Twitter believed that the giveaway was a scam because the figures were not the same and nobody posted any screenshot or transaction details to prove that they received money from the Super Eagles star.

All of you saying you just received money from ighalo lying up and down. May you not lie about your own success IJN

Some online fans don't believe Odion Ighalo truly gave-away cash to 20 fans this morning. Demand whoever received money from the Afcon2019 highest goalscorer to drop the account details of the transaction. pic.twitter.com/6lag2Sa6DE

Within on hour, Ighalo claimed that he was done with the giveaway but would be back next week for another giveaway.

20 done.if you get the money hand up o and those wey no get sorry next time,God bless you all❤️🙏🏾

Twitter users continued to mention him to request for money. Fans in Ghana even mentioned the Nigeria international to find out when he would be doing a giveaway for the followers in Ghana.

@ighalojude Oga Jude, when should Ghana fans expect theirs.

Ive come to a conclusion that nothing earns you respect in this wrld morethan $$$.

It is only thunder that will fire this #Ighalo and his fake give away 😏😏 I even drop two accounts sef; Mtcheeew. pic.twitter.com/A88hcNkKPx

What's this country turning into for Christ sake,someone will just sit and decide to play with peoples emotions by doing fake giveaway. Ighalo, #cubanachief very soon Chioma and #BBNaija will start their own God help Nigeria BTW I need an iPhone or standard Android phone.

While some lamented that they were offline during the giveaway, we would like to know if you were one of the 20 people that received money from Ighalo.

Do you beleive that the Nigeria international was being generous or he performed this stunt just to trend? Leave your thoughts and opinions in the comment section.