Premier League Match Week Two lived up to expectations for followers across the world with goals, fast attacking football and VAR controversy. Drama ensued at the biggest game of the round as Manchester City played host to Tottenham Hotspur at the Etihad Stadium. 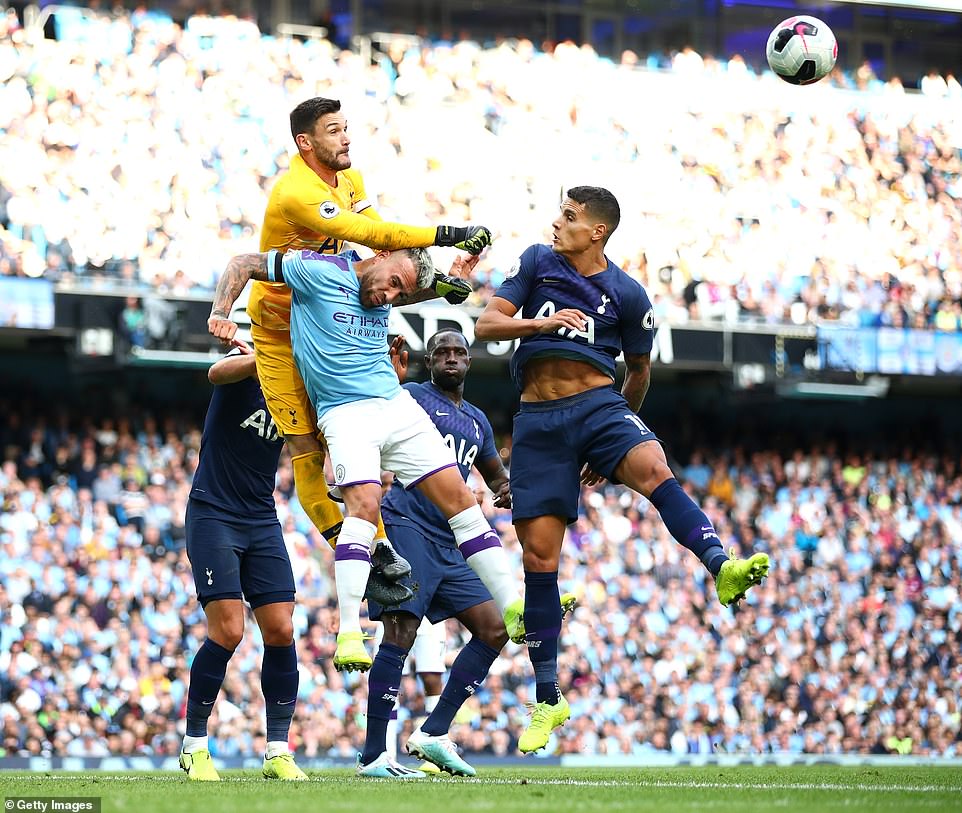 The match commenced with City having more of the possession with quick movement and relative ease. The Citizens remained steadfast with the passes in tight corners, forcing Spurs to sit back in their own half.

Not for too long, was the reward in the 20th minute when Kevin De Bruyne whipped the ball across to Raheem Sterling who was traveling off the back of Spurs’ Kyle Walker-Peters to head home the first goal of the campaign at the Etihad and his fourth in the ongoing season. 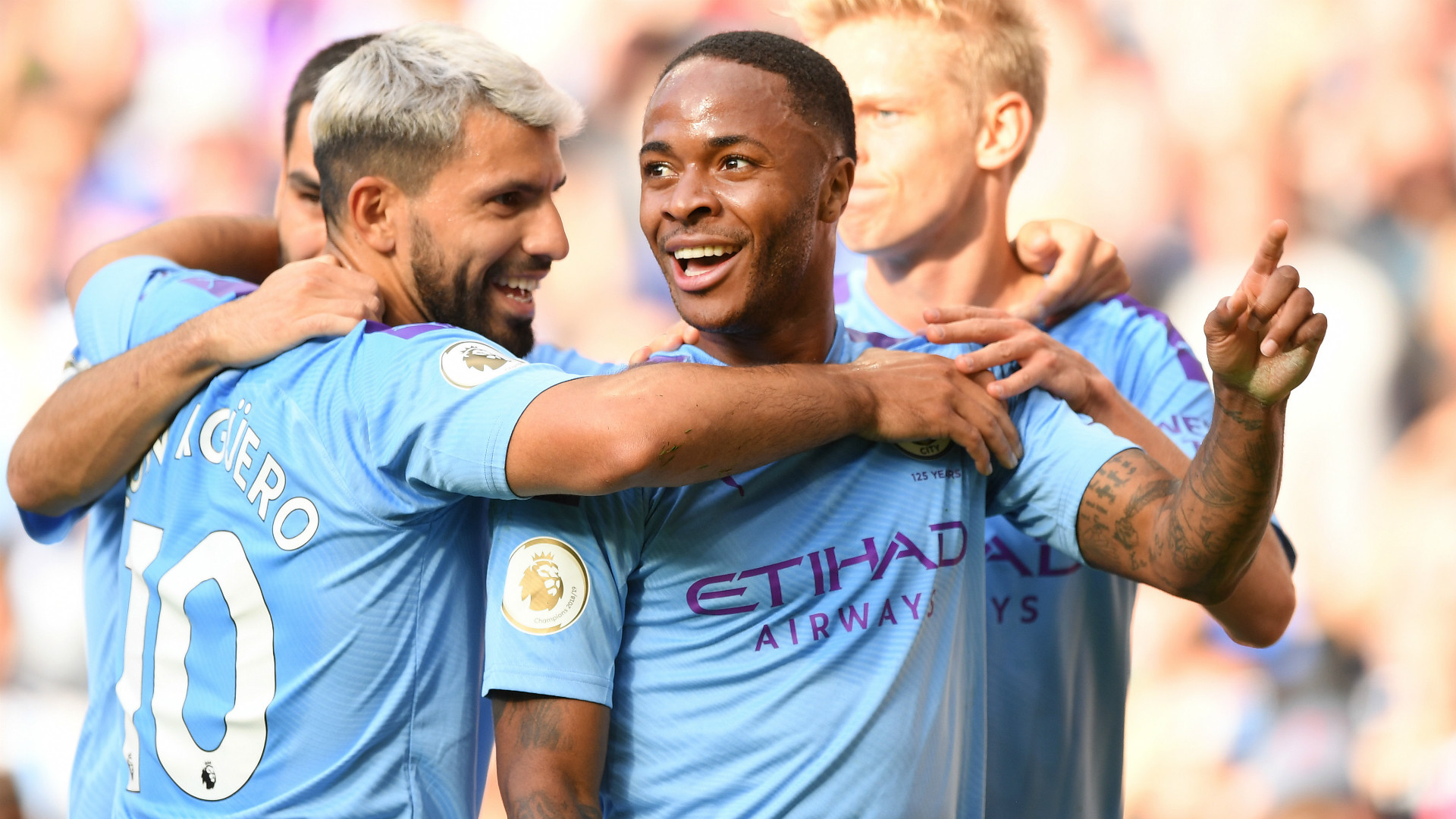 In response to that, Spurs were quickly back in the contest as Erik Lamela fired in an equaliser after being afforded space and time between the City’s defence and midfield to bend his effort beyond the reach of Ederson. Game on!

The resilience of Mauricio Pochettino’s men seemed to have pushed Pep’s panic buttons as he erratically gesticulated from the sidelines. Aguero quickly calmed fans’ nerves when he ghosted past Toby Alderweireld before clipping the ball past Hugo Lloris from close range into the bottom corner.

However, that joy was short-lived when substitute Lucas Moura made an instant impact seconds after coming on as he out-jumped Kyle Walker to head home a super cross from Lamela past Ederson in goal for the defending champions. 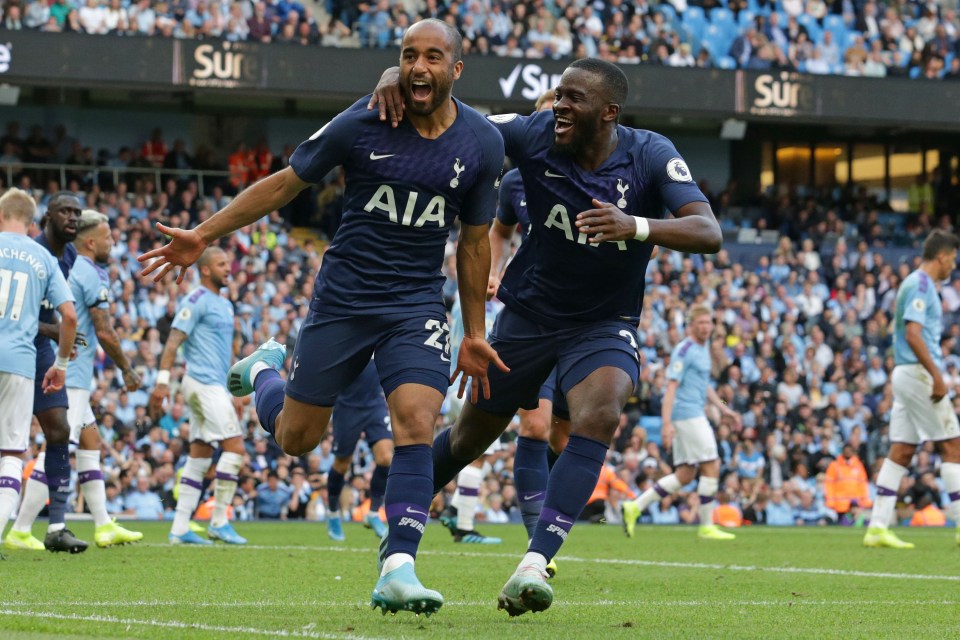 As the game wore thin, Pep brought out Aguero for Gabriel Jesus, and the Argentine seemed displeased with his manager and exchanged a few words down the sidelines in the full view of the Etihad crowd. 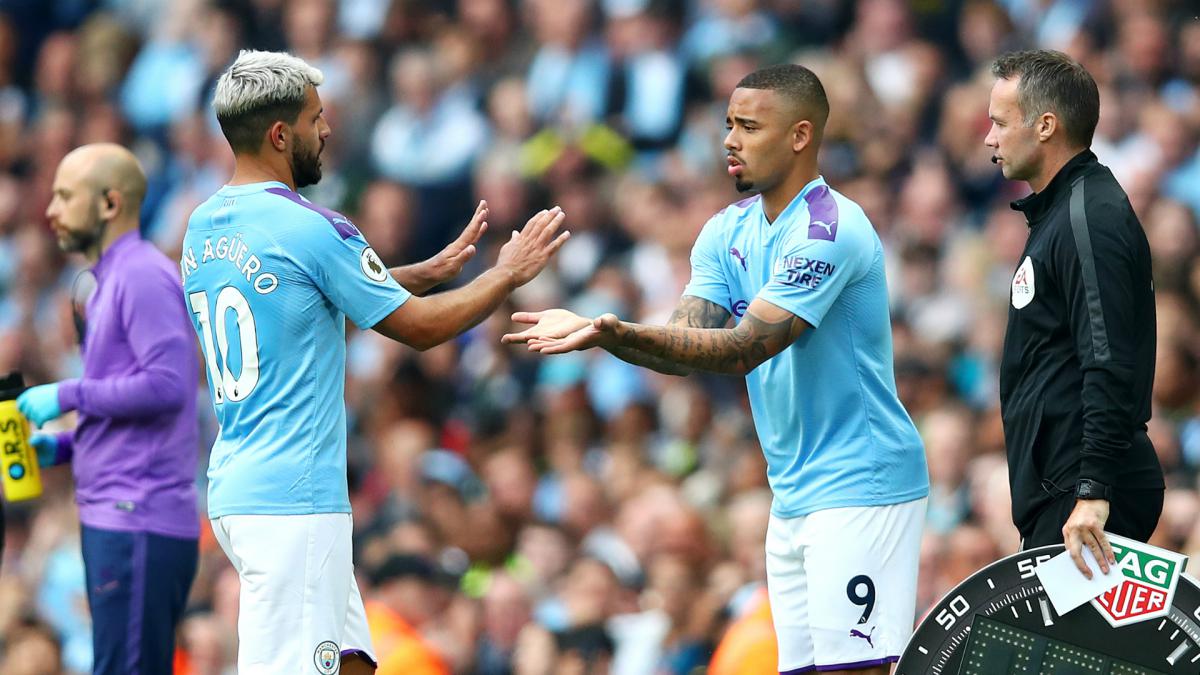 Jesus thought he had won the game for the Champions at the death, only for his 92nd minute goal to be disallowed by the Video Assistant Referee (VAR). The Brazilian curled in an effort following a scramble from a corner. But Aymeric Laporte was adjudged to have used his hand during the melee to knock the ball towards Jesus.

The match ended 2-2 with manager Pep Guardiola and Jesus Gabriel furious at the late decision by VAR and gave the referee a piece of their mind but Man City wouldn’t be too worried about the dropped points as there are still 36 more games to be played this season in the premier league. However, this brings an end to Oleksandr Zinchenko’s fairytale run of 23 successive Premier League games in which City have win with him in the starting line-up.

Meanwhile, Liverpool continued their fine start to the new campaign by defeating Southampton 2-1 in a crunchy affair. Goals from Sadio Mané and Roberto Firmino were enough to see off a resurgent Southampton team who pulled a goal back through a howler from Reds second-choice goalkeeper, Adrián.

There was no danger as Virgil van Dijk played the ball to Adrian who was in acres of space. He lost concentration, when Danny Ings charged at him and ended up passing the ball straight off the legs of the Southampton striker. Ings was elated with the goal against his old club despite the fact that they were behind. Still, the Kops are marching on!

An exciting Arsenal side made it two wins out of two matches against Burnley in their first home game of the season, keeping up their 100% record against Sean Dyche’s side – the Gunners have won the last 11 meetings with the Clarets. 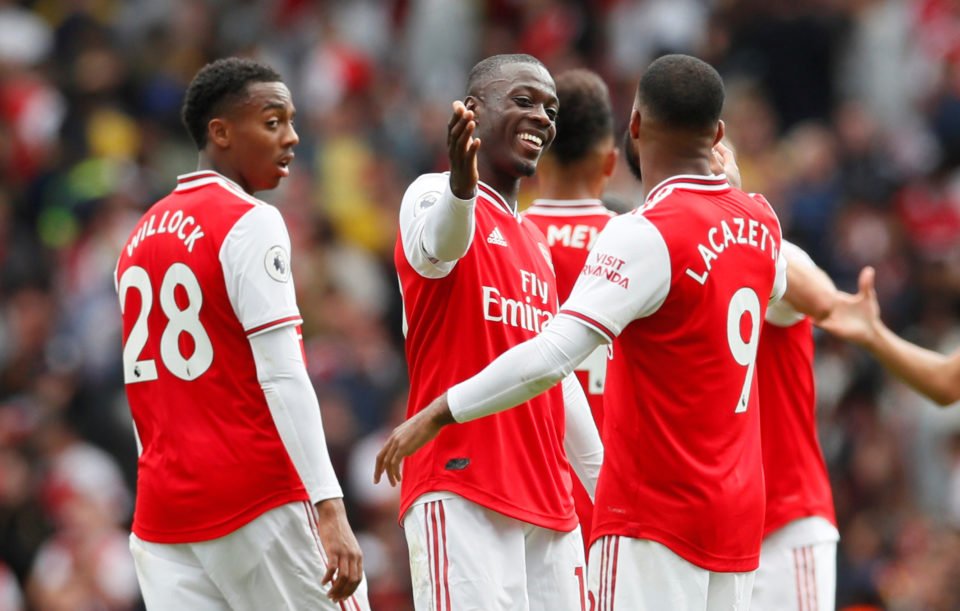 Alexandre Lacazette’s early opener at the Emirates Stadium was cancelled out by Ashley Barnes in the 43rd minute as Burnley’s long ball approach caused the Gunners problems.

Dani Ceballos kept fans on the edge of their seats with his fantastic touches, sublime passes and ability to dance past Burnley’s midfielders. He poked the ball off Gudmundsson into the right path of Pierre-Emerick Aubameyang who charged towards goal and fired a low shot into the bottom corner from just outside the penalty area. Unai Emery’s men seem to be on the right track just after two games.

The much talked about return got off to the finest possible start, though, when youngster Mason Mount nicked the ball of Nigerian midfielder Wilfred Ndidi to put the Blues 1-0 up just after seven minutes. 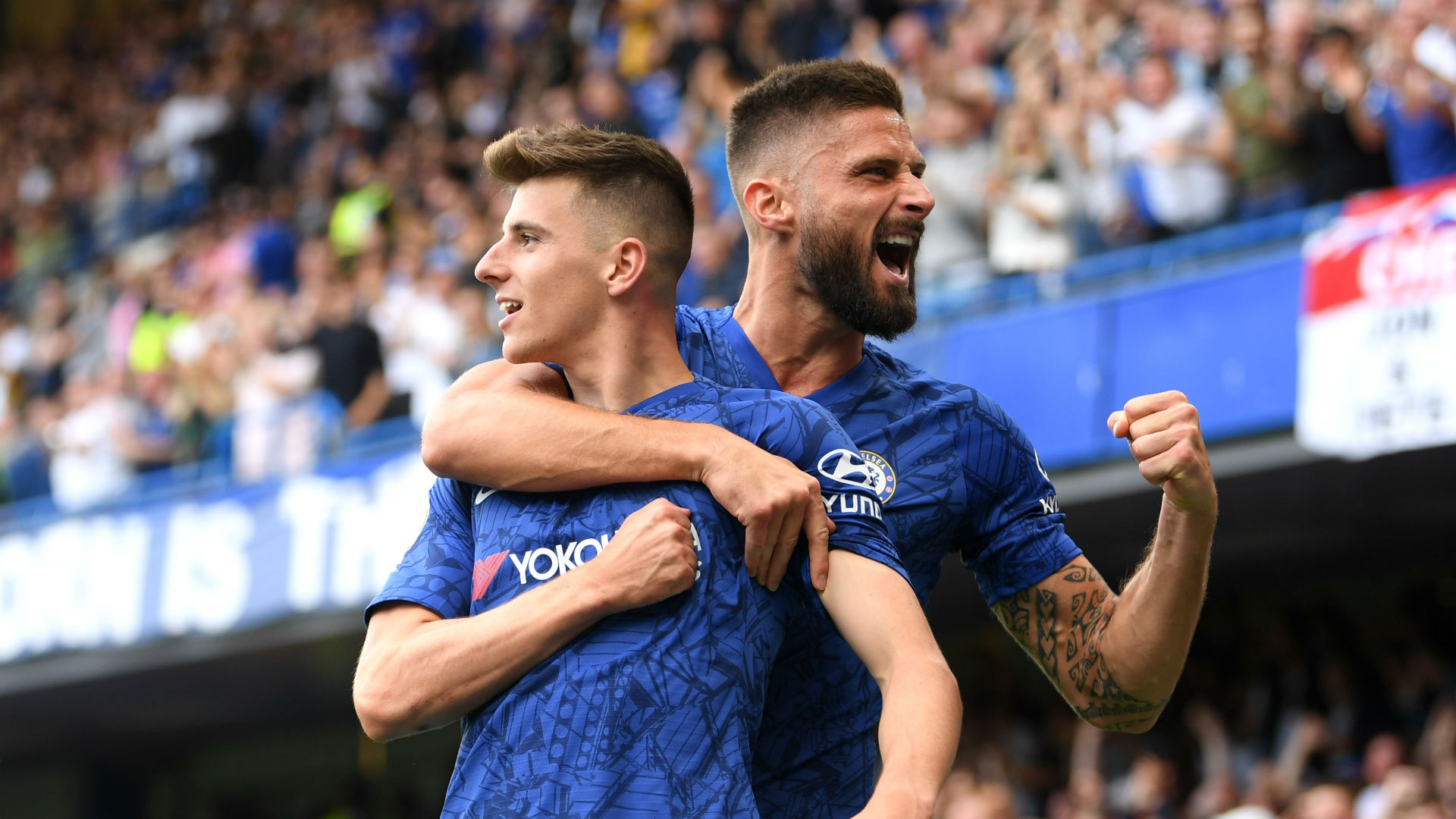 Ndidi atoned for his error by salvaging an equaliser late into the second half through a powerful header from James Maddison’s corner kick. This drags the Blues’ manager’s wait for his first three points to Game Week 3 when they face Norwich. 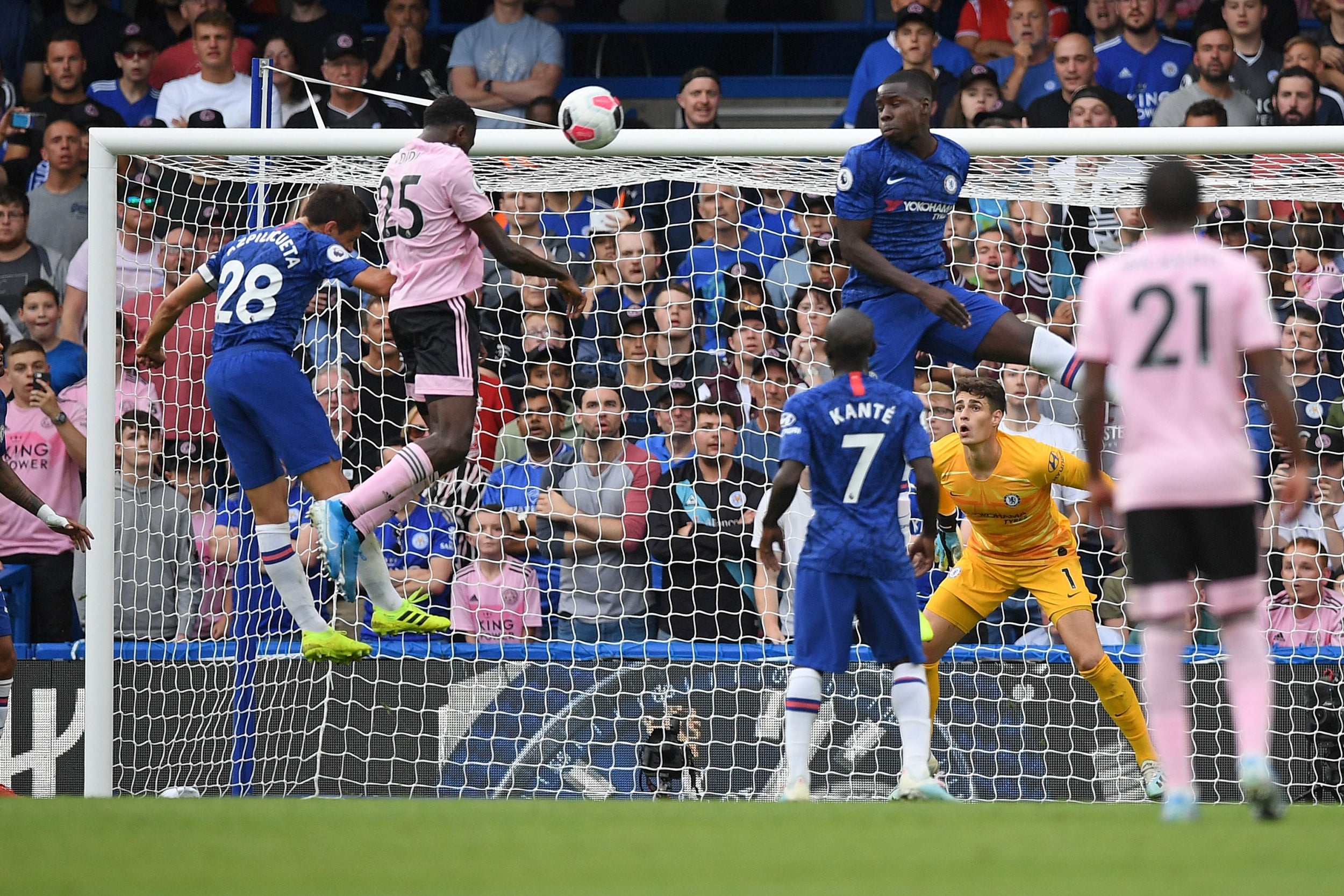 Team of the Week Performance: Norwich

The Canaries were exceptional as they took apart a shambolic Newcastle United side 3-1. The Magpies’ problems were laid bare as they struggled to match the intensity of the newly promoted side at Carrow Road.

Player of the week: Teemu Pukki

Finnish striker Teemu Pukki emerged as our Premier League Player of the Round, after the 29-year old striker ushered in Carrow Road’s early season party by hitting one, two, and three goals past Newcastle. 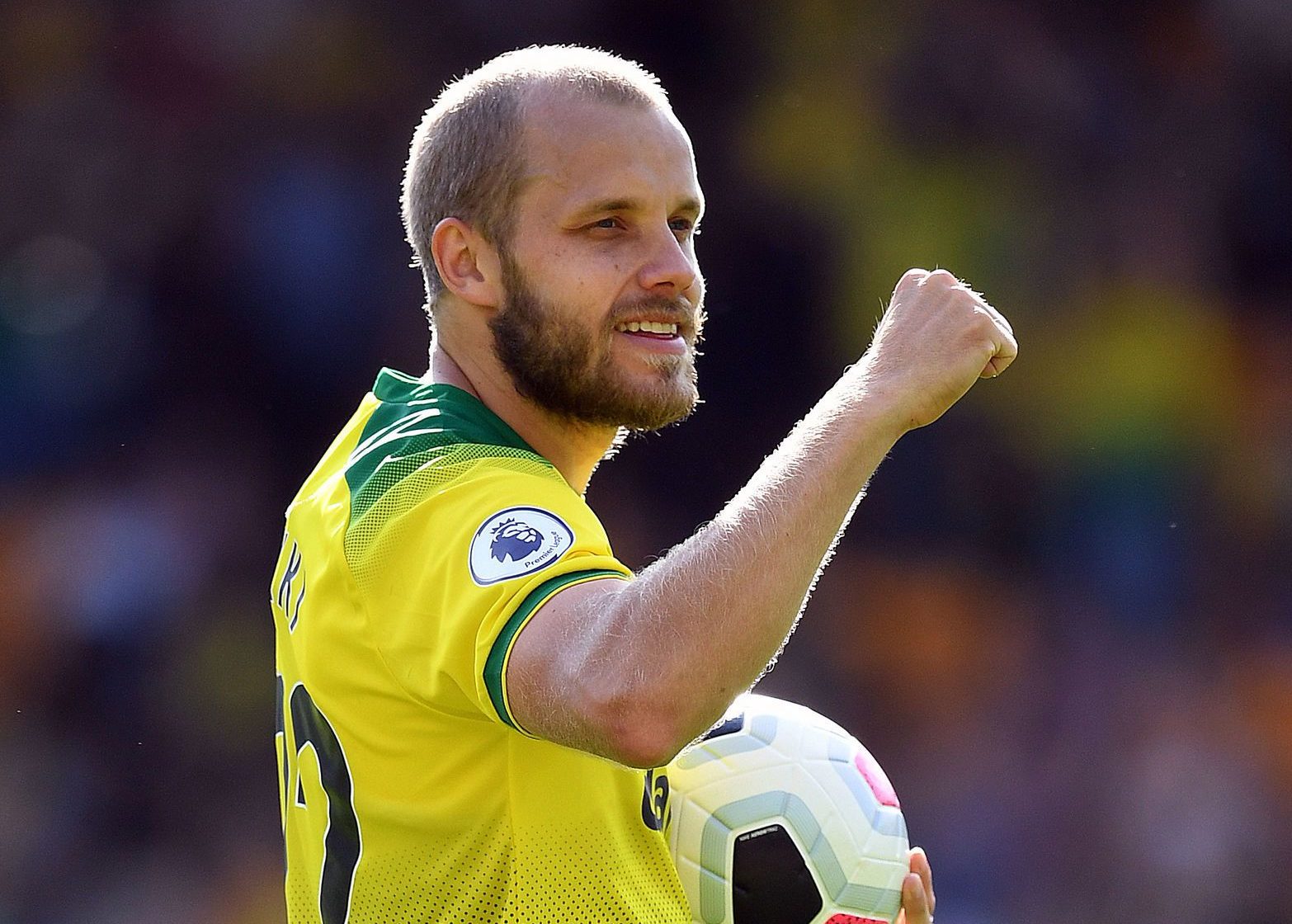 He started a fine afternoon when Jamaal Lascelles cleared his line but it only dropped as far as the unmarked Pukki who fired home a venomous volley for his first. He got his second after Todd Cantwell charged at Newcastle while rolling the ball to him as he drilled it past the legs of the goalkeeper. 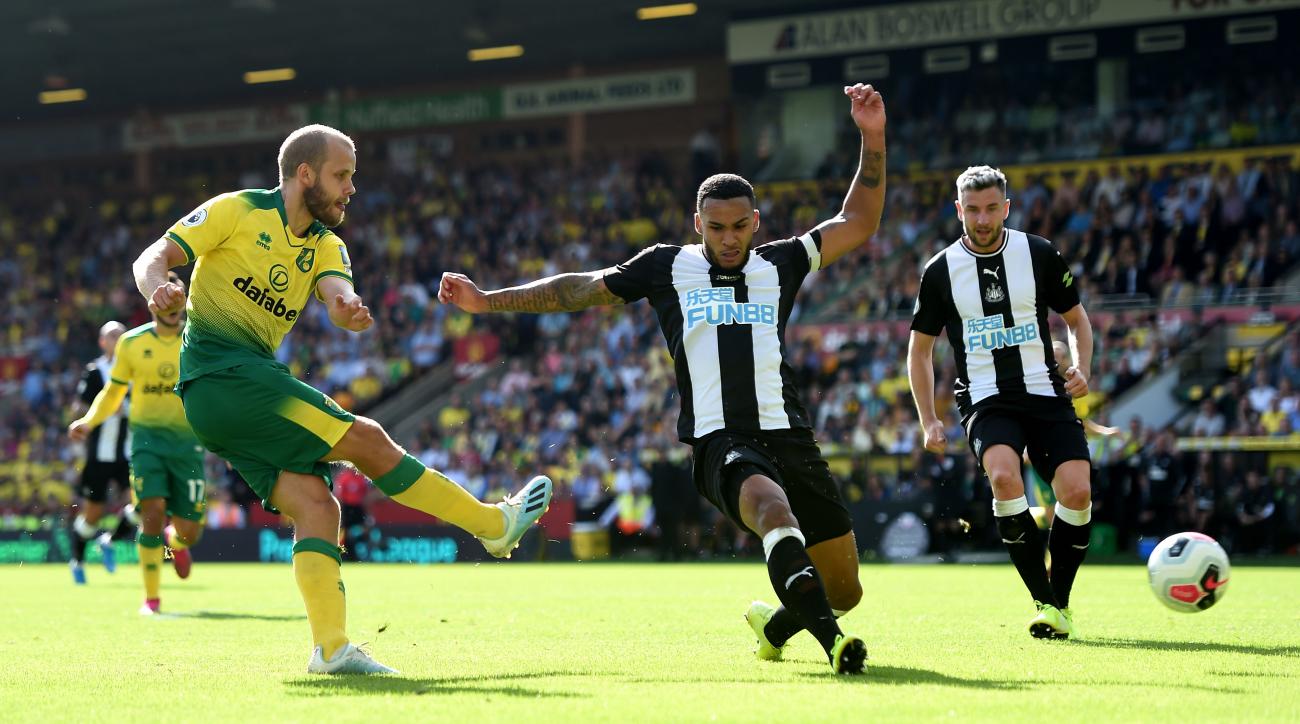 Pukki then capped off the afternoon after arriving to move the ball past a deflated Emil Krafth as he tucked home with his left foot, sending Norwich fans to dreamland as they dared the Canaries for more goals. Pukki’s hattrick puts an end to Norwich’s 26 years wait for a hattrick hero. If this man decides to party all night, he surely deserved it. Flop of the week: Steve Bruce

The name Teemu Pukki will forever send shivers down the spine of Newcastle United manager Steve Bruce after the Finn ran riot on Saturday afternoon. The Magpies suffered a devastating 3-1 defeat to Norwich and there were no positives to take from their trip down to Carrow Road. 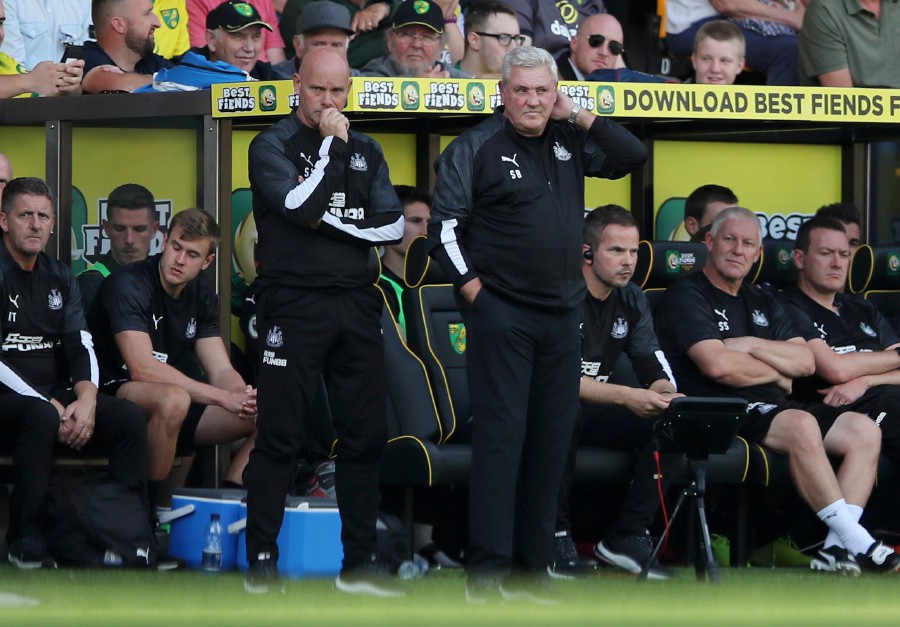 How do you explain being dismantled by a newly promoted side who played more like the experienced side throughout the afternoon clash? Newcastle’s hopes of survival rests on games like this and Steve Bruce is quite aware. Speaking after the loss, the manager admitted his team weren’t good enough and he expects urgent response from everyone at the club.

Bruce, also vowed to go through the loss carefully and find out what went wrong at Norwich. Alongside his backroom staff, they must answer to criticism and find a lasting solution to an error ridden defence, uninspiring attack and lack of motivation from the team.

What were your best moments from the weekend action in the Premier League? Share them with us in the comment section.