Super Eagles star and new Everton signing, Alex Iwobi was an unused substitute as Bernard’s early goal handed the Blues a first Premier League victory of the season while Watford’s miserable run at Goodison Park was extended following a 1-0 defeat.
The Brazilian’s 10th-minute strike helped Everton capitalise on a lively start while the Toffees mixed resolute defence with moments of fortune thereafter to keep a sixth successive top-flight clean sheet at home. 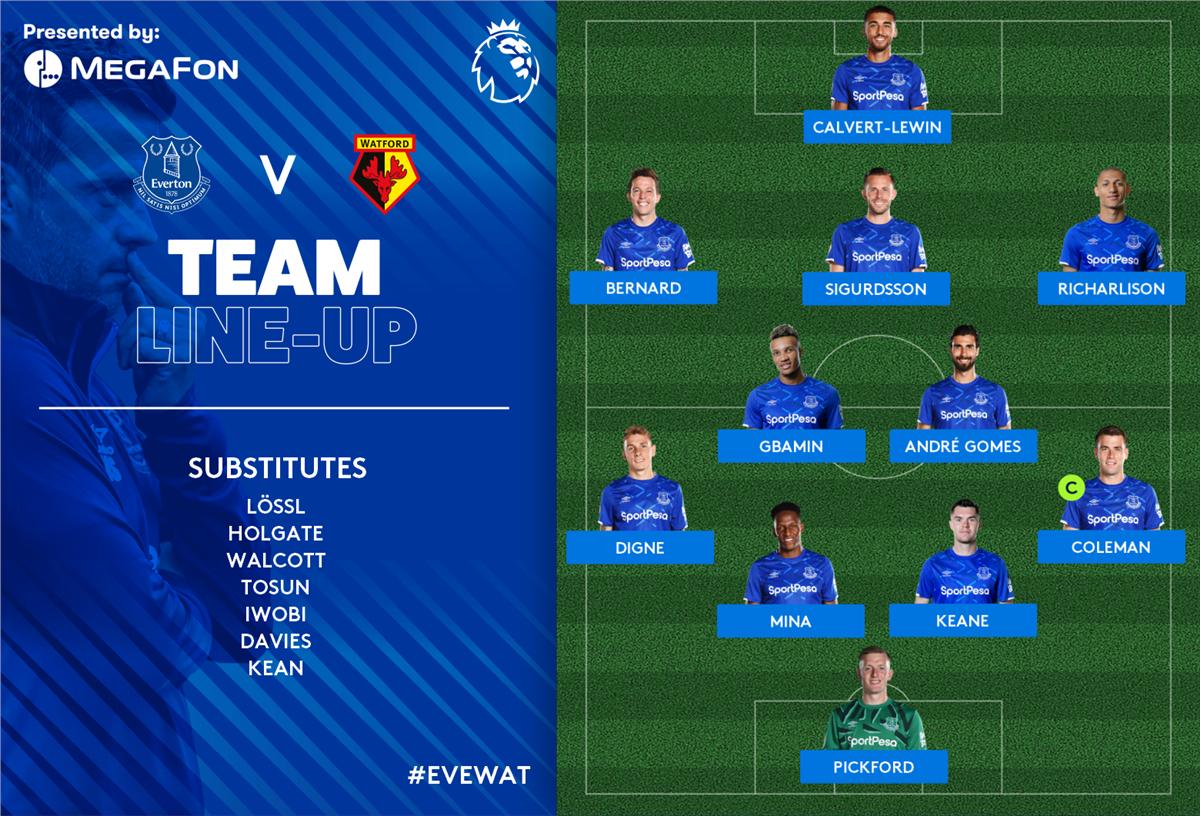 Craig Dawson headed against the bar in the first half while Jordan Pickford was struck in the face after Troy Deeney had gone through one-on-one just before the hour mark, but Watford were unable to mount any sustained pressure in the later stages.

Having been stunned 3-0 in last week’s curtain-raiser at home to Brighton, another loss leaves them pointless after their first two fixtures as Everton moved to four, following their draw at Crystal Palace in their season-opener. 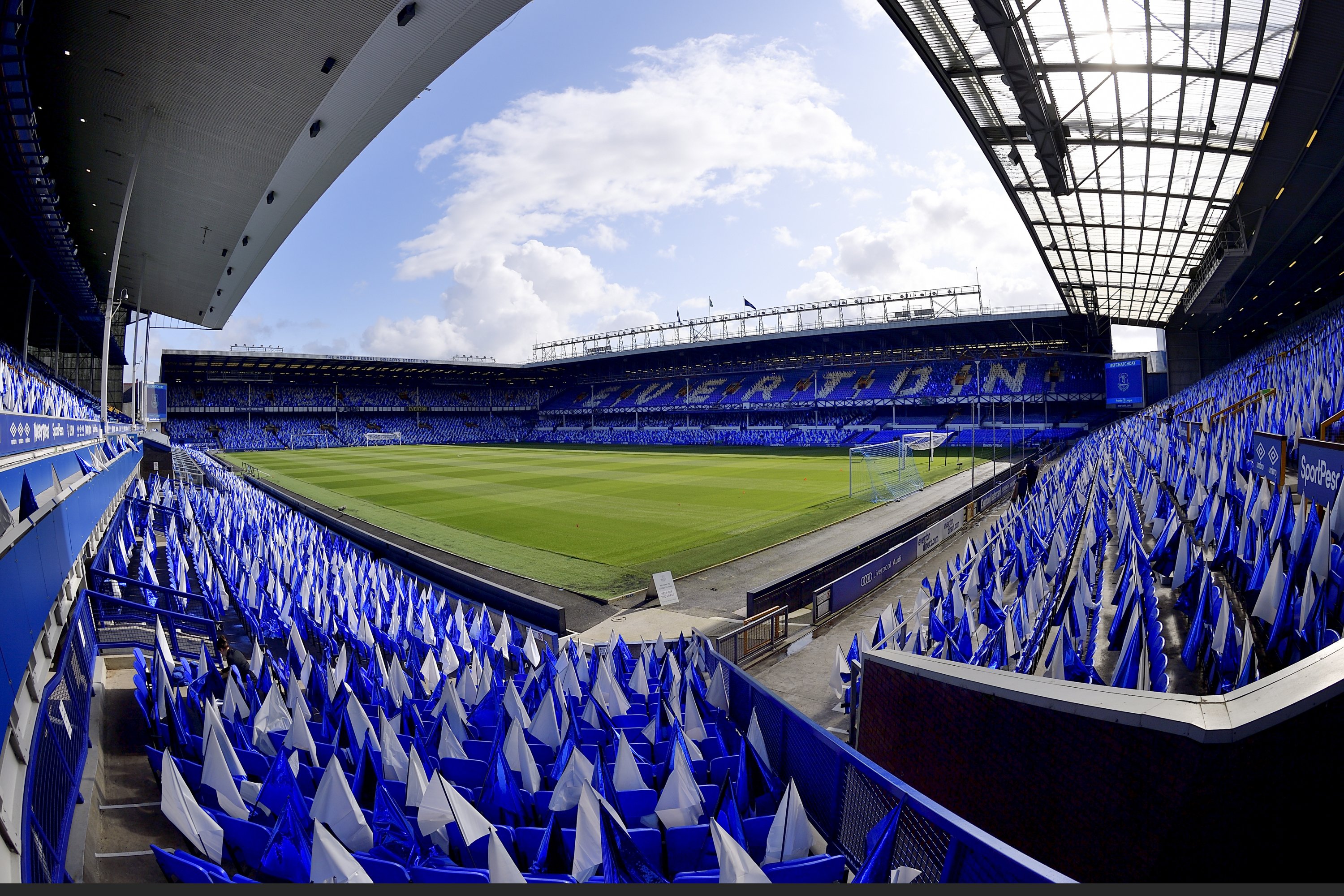 The Hornets remain winless at this ground in 14 attempts while this was their 12th defeat against an opponent who have not conceded on home soil since February 6.
Everton started with plenty of purpose, with Lucas Digne delivering a couple of teasing set-pieces into the area, while the Frenchman’s free-kick looped off the wall before being gathered at the second attempt by Ben Foster.

Watford’s goalkeeper had initially flapped at the ballooning ball and was spared by a fortunate bounce, but he probably should have done better after being beaten at his near post for Everton’s opener. 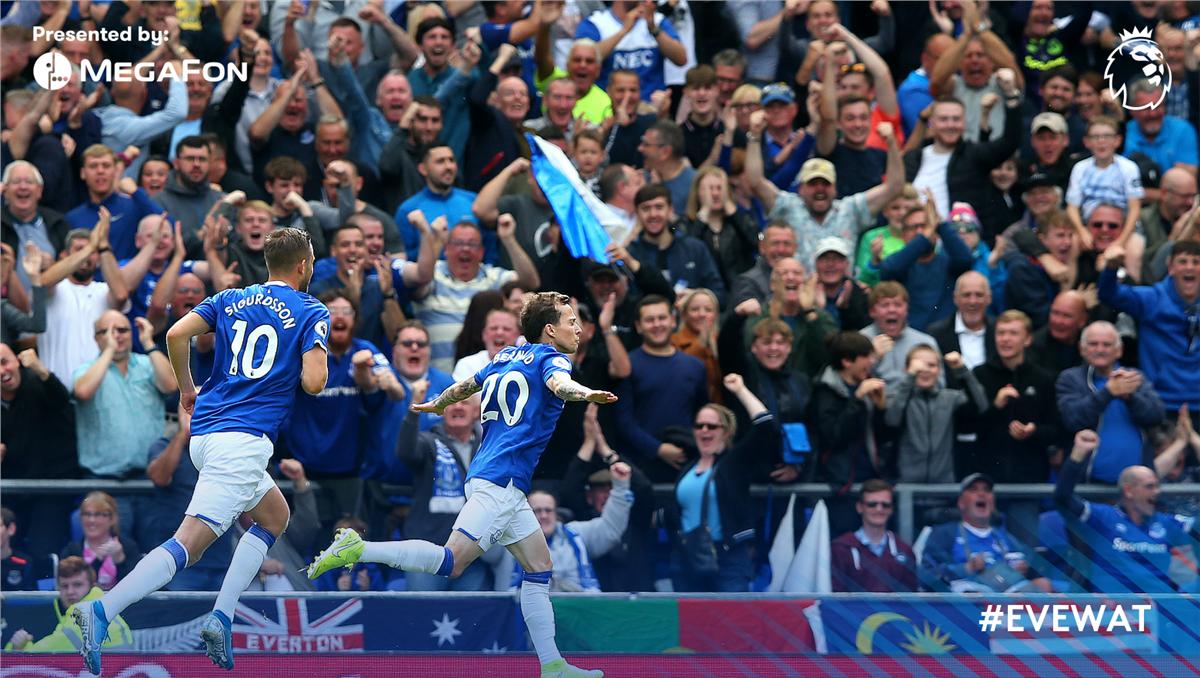 Bernard collected the influential Digne’s long ball forward and cut in from the left flank before rifling a low right-foot effort beyond Foster in the 10th minute for his first home Premier League goal.
The visitors came within inches of drawing level with their first meaningful opportunity, Dawson rising highest among a clutch of bodies at the back post to head against the upright.

Both sides then had penalty appeals turned down, with referee Lee Mason unmoved after Dominic Calvert-Lewin tumbled under pressure from Dawson, while the video assistant referee denied former Toffees winger Gerard Deulofeu, who had gone down after a challenge from Yerry Mina.
By this stage Watford were competing on a more equal footing as Etienne Capoue forced Pickford to parry away, but they were fortunate not to fall further behind when Richarlison put a free header high over the bar. It was a gilt-edged opportunity for the Brazilian against his former club, who ended the half strongly, with Deulofeu’s tantalising ball into the area evading everyone.
Watford continued on the front foot on the resumption and only a point-blank save from Pickford denied Deeney, whose first time shot from Deulofeu’s penetrating ball through caught Everton’s goalkeeper flush in the face.

Richarlison put another header over the bar before being replaced by Theo Walcott, while former Manchester United and Arsenal striker Danny Welbeck came on for his Watford debut to cheers and chants from the visiting contingent.
Digne limped off shortly afterwards before Moise Kean was introduced for his home debut, and the 19-year-old perhaps should have opened his account for his new club but he fired harmlessly wide after a quick Everton counter. Kean once again missed the target from a good position but it mattered little as Everton equalled a club Premier League record of five successive home wins without conceding a goal.