Liverpool defender Virgil van Dijk revealed his thoughts on playing Chelsea without Eden Hazard ahead of the UEFA Super Cup clash. The Dutch captain has declared that the London side remain a strong side that will be difficult to break down regardless of the departure of Belgian talisman, Eden Hazard.

Van Dijk has been tipped to win the Balon D’or after his amazing performances helped Liverpool win the Champions League in June. He has revealed that he expects to face a different Chelsea in the UEFA Super Cup to the Eden Hazard-inspired side that troubled Liverpool last season.

Frank Lampard took charge of the Blues for the first time in competitive action on Sunday and his side struggled without the Belgian in their opening day defeat at Manchester United. Hazard who made the switch to Real Madrid this summer scored a thrilling winner when the Blues prevailed 2-1 in an EFL Cup tie at Anfield in September.

The Belgian winger also opened the scoring in a 1-1 Premier League draw three days later and was a constant thorn in the flesh of Virgil Van Dijk every time that their two sides met. Hazard inspired Chelsea to Europa League victory in his last game for the club against Arsenal.

Ahead of the Super Cup clash, Van Dijk revealed to the press in the pre-match conference that he was looking forward to playing against Liverpool. He denied Hazard’s exit would mean Liverpool are set for an easier route to victory in this evening’s encounter in Istanbul.

“Hazard is a quality player and he was important to them but I think they have plenty of quality players,” Van Dijk told reporters. “I think they play a little bit different than they did last year. We will analyse them and then we will be prepared. Nothing that happened last season will have any impact on what is going to happen. It is going to be a new game.” Although Van Dijk has been tipped to win the major individual awards ahead of Lionel Messi and Cristiano Ronaldo, he must know that another European trophy would help his claim to the Golden ball. However, the Dutchman revealed that he focused on his own game, he said: “They have a new situation at the club there but we want to do better than we did last year and we will see.” Liverpool would be without big-money signing and first-choice goalkeeper Alisson, who injured his calf against the newly-promoted side, Norwich on Friday. Van Dijk revealed that he was confident that new summer signing and former West Ham goalkeeper Adrian is up for the task. 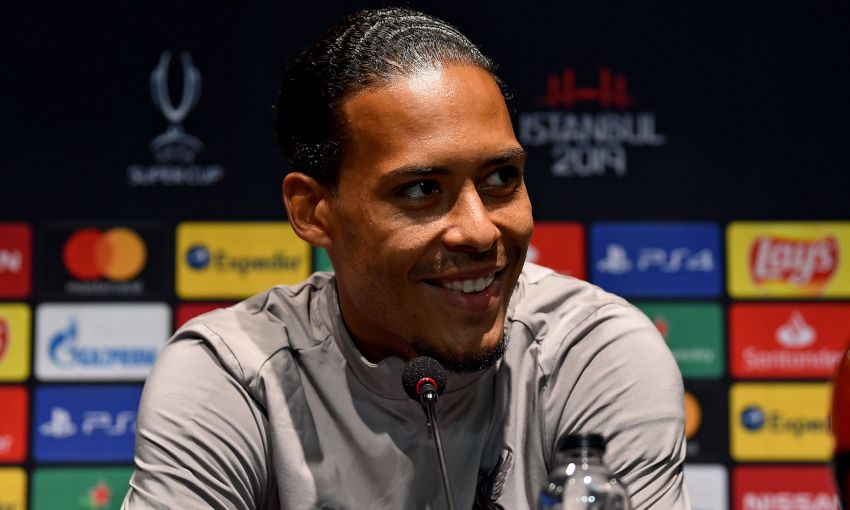 “I think he played many big games in his career so I don’t think he is going to be nervous or anything. It is just that he has to do his job with us and hopefully we can win the trophy in the end,” Van Dijk concluded.