Real Madrid conceded three soft goals but were rescued by Karim Benzema’s sharp finishing in a 5-3 Audi Cup win over Victor Moses’ Fenerbahce. Karim Benzema scored a hat-trick as Real Madrid earned a rare pre-season win, beating Fenerbahce 5-3 in the Audi Cup, but defensive problems continue to dog Zinedine Zidane’s side.
After conceding 12 goals in three games at the International Champions Cup, Madrid lost 1-0 to Tottenham on Tuesday and went into their clash with Fenerbahce needing a morale-boosting clean sheet.

Garry Rodrigues shrugged off the challenge of Raphael Varane to give himself time and space on the edge of the box to fire off a shot that Keylor Navas got a hand to but failed to keep from squirming under his body as Zidane’s men fell behind.

Ozan Tufan drew a diving save from Navas moments later with a 30-yard piledriver before some sloppy Fenerbahce defending allowed Vinicius Junior’s cross to reach Benzema, who coolly placed a low finish into the corner of the net. Benzema struck again when Toni Kroos floated a free-kick into the mixer that sat up nicely for the Madrid striker to arrow a fierce header beyond Altay Bayindir in a manner that will have delighted Zidane. 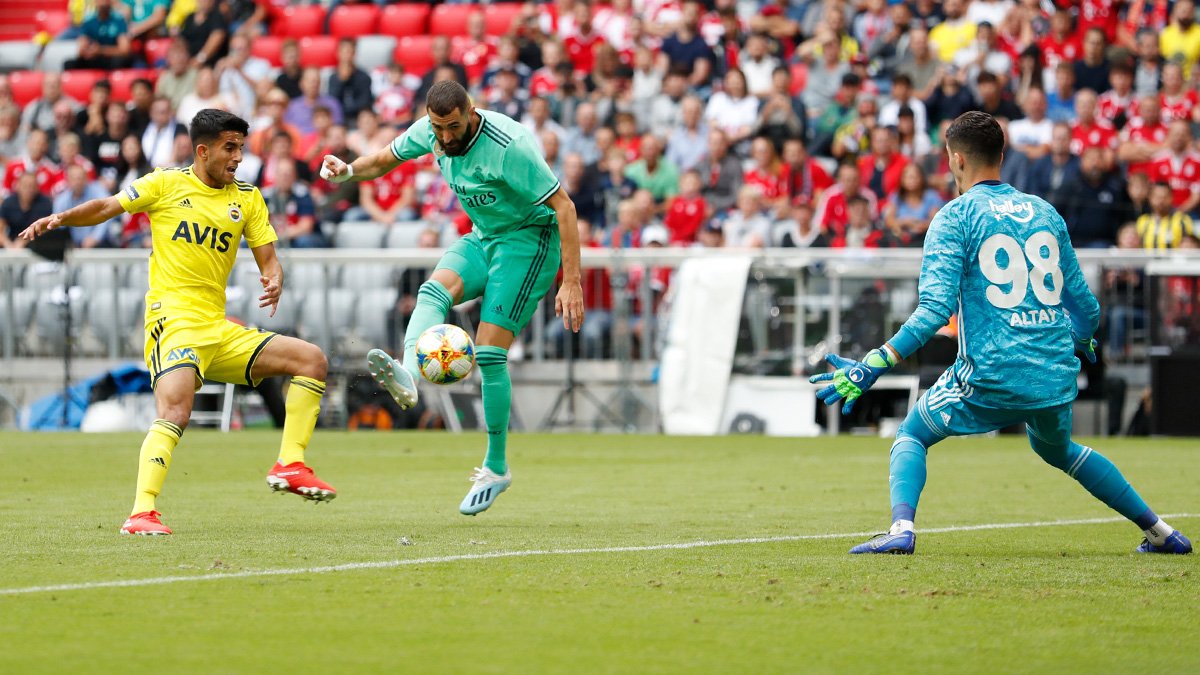 But Nabil Dirar levelled matters when his shot ricocheted through the legs of Alvaro Odriozola and bounced up over Navas and into the gaping net to make it 2-2 at half-time.

📺 The second goal (27') of @Benzema's hat-trick!
👌 Superb delivery by @ToniKroos and an excellent finish by @Benzema!#HalaMadrid pic.twitter.com/PZrpqGqDuh

Lucas Vazquez scampered down the right flank eight minutes into the second half and crossed to the unmarked Benzema who completed his hat-trick with a free downward header. 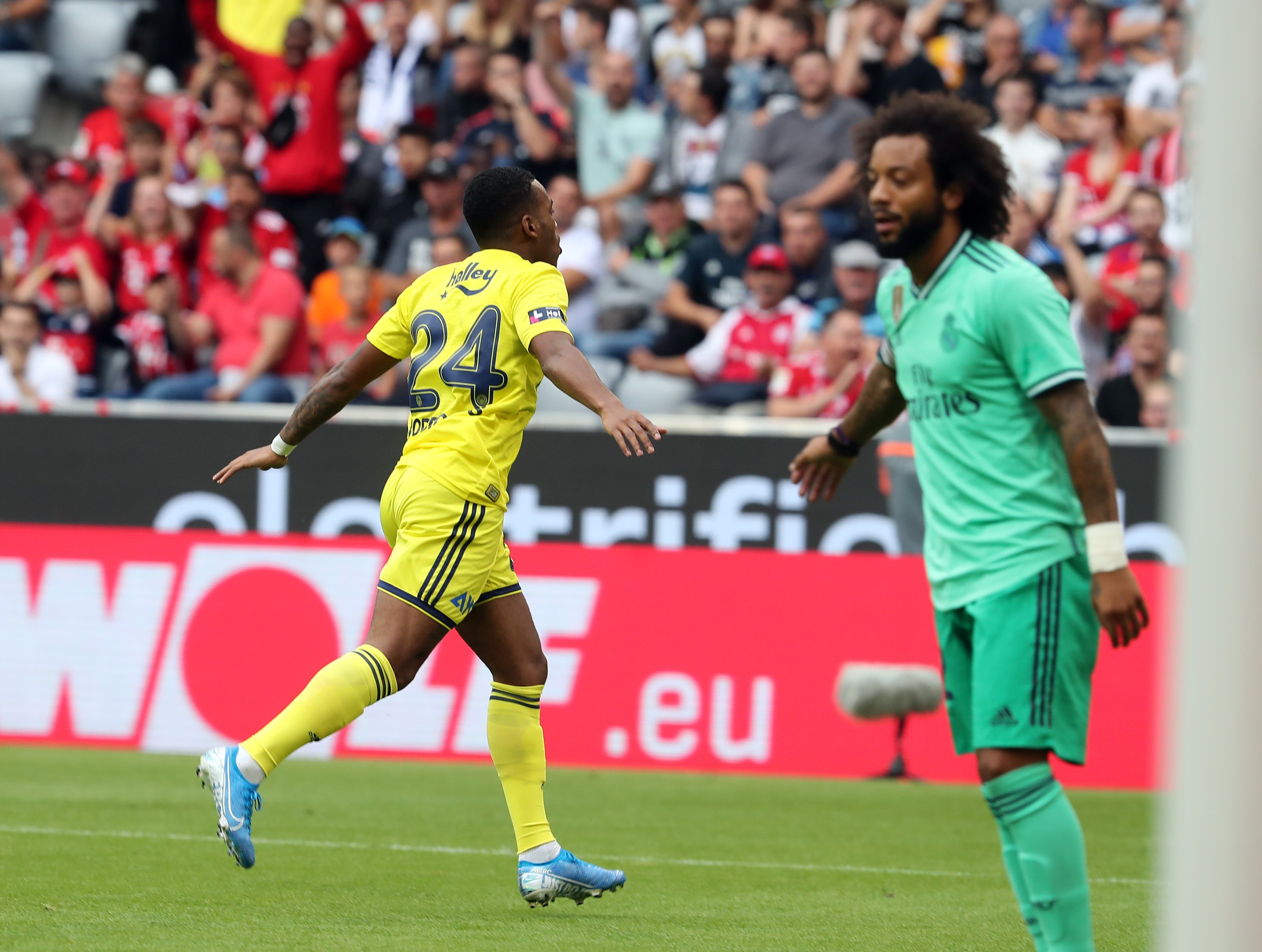 But Madrid’s defence remained slow-footed and nobody challenged Tufan as he unleashed a swerving 25-yard drive that Andriy Lunin – on as a second-half substitute – got a firm hand to as it flashed into the net. 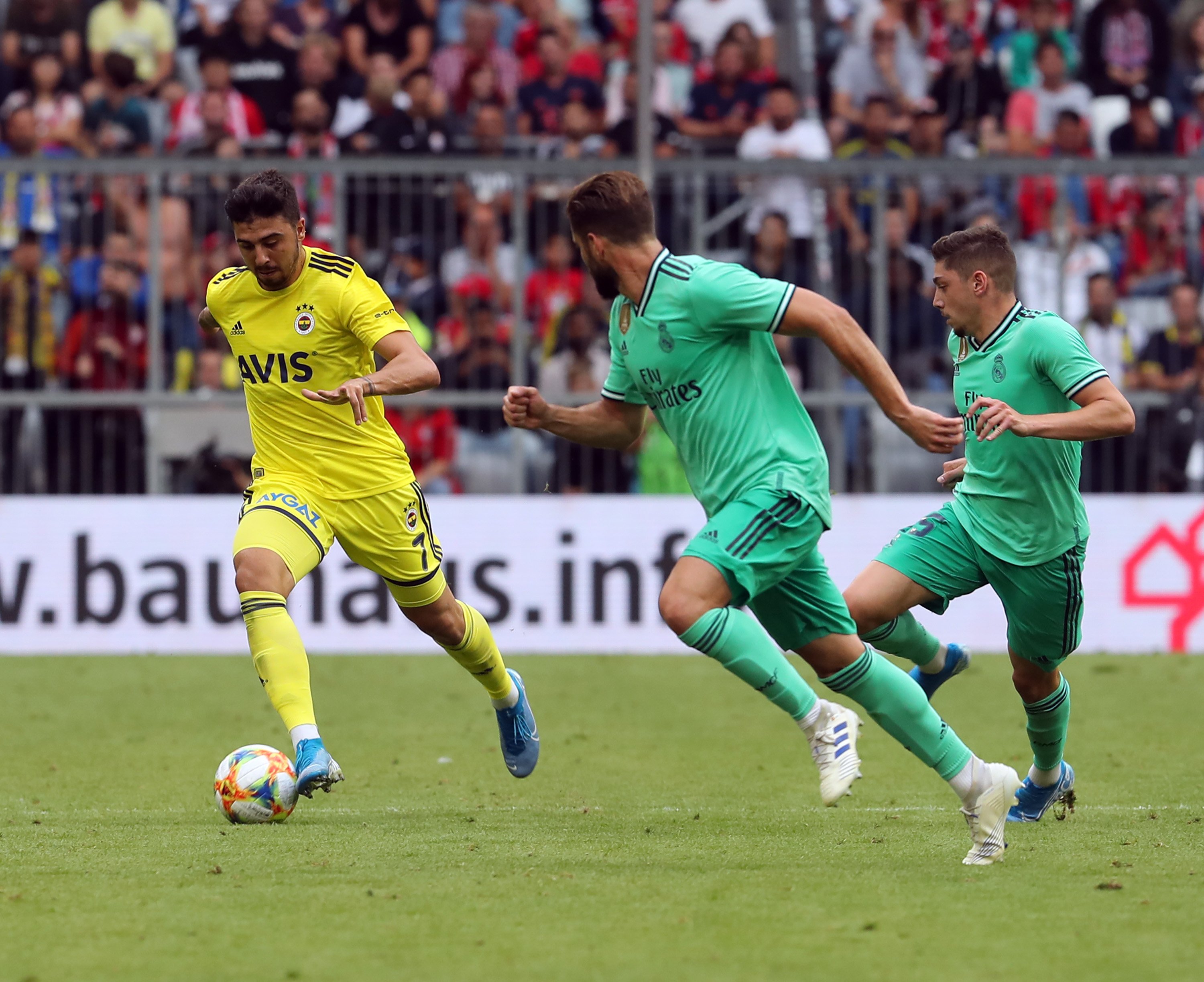 Play continued to swing from end to end and Nacho restored Madrid’s lead, slamming home the rebound after Mariano Diaz’s smart effort was only parried by Bayindir, who later palmed Vazquez’s cross-cum-shot into the path of Mariano to ram home Madrid’s fifth. 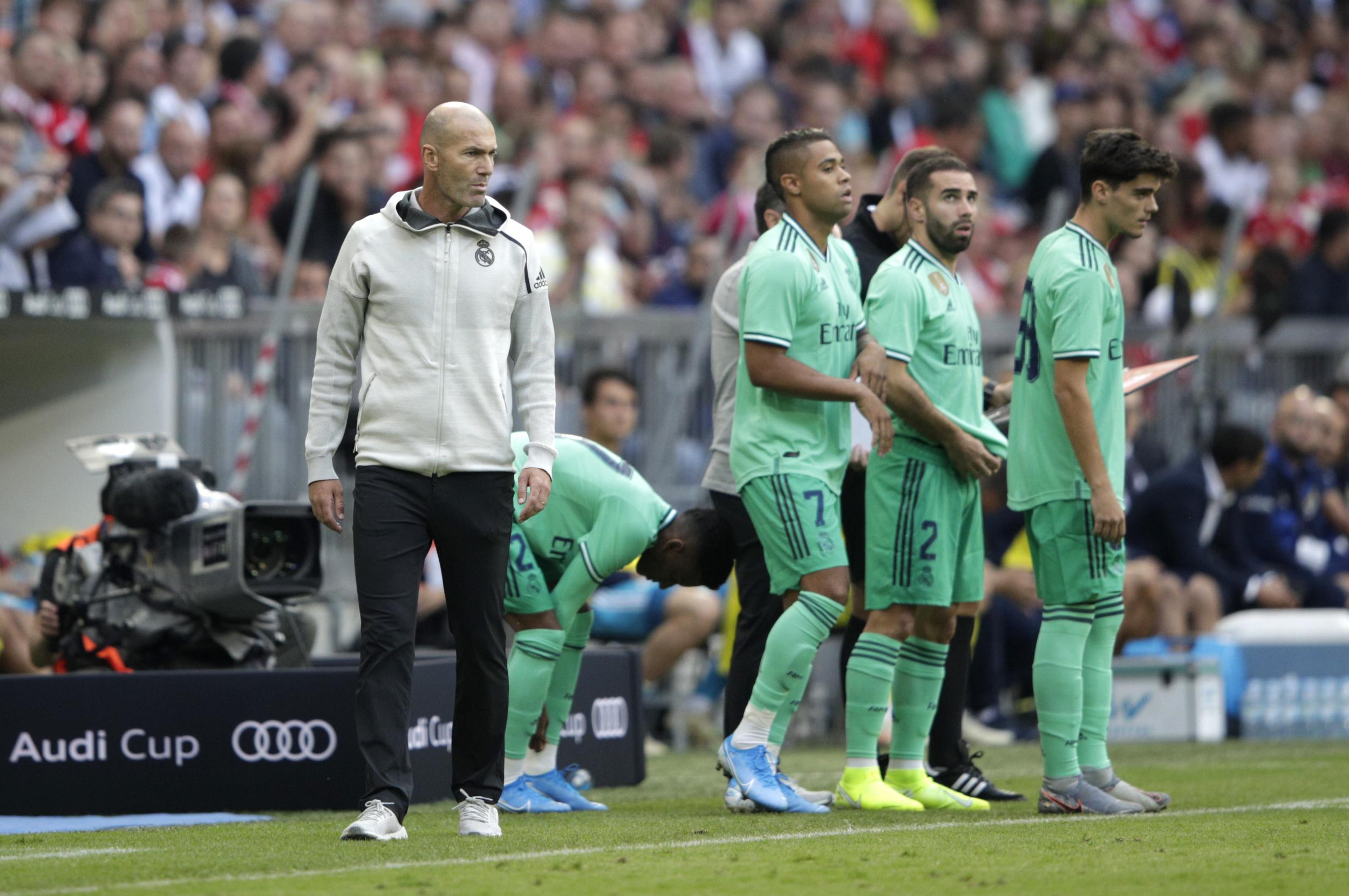 Zidane has two more friendlies to address those rearguard issues before Madrid’s LaLiga opener against Celta Vigo on August 17, and he will hope Benzema can continue his good form against Red Bull Salzburg and Roma.