Paris Saint Germain has been advised by one of their own players to let Neymar leave the Parc des Princes if he wants to join Barcelona. Italy international, Marco Veratti has weighed in on Neymar’s potential return to Spain and he stated that the French club must not keep a player who wants to leave.

Neymar joined the French Ligue 1 champions from Barcelona for a world-record fee of €222 million (£198 million) in the summer of 2017, bringing an end to a very successful spell in Spain. The Brazilian took the French league by storm and was unstoppable until his first season was ended by a toe injury. 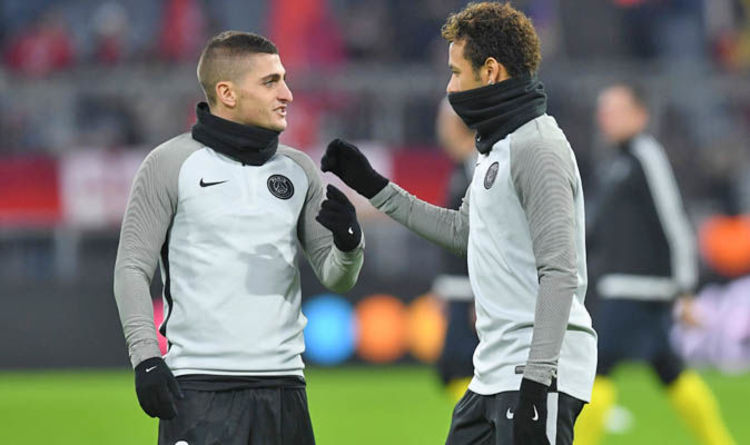 The former Barcelona star suffered a re-occurrence of the same injury back in January and his second season at the club was interrupted as well. Neymar missed out as the French champions suffered an improbable loss at the hands of Manchester United in the second round of UEFA Champions League and he was fined for his comments at the end of the game. 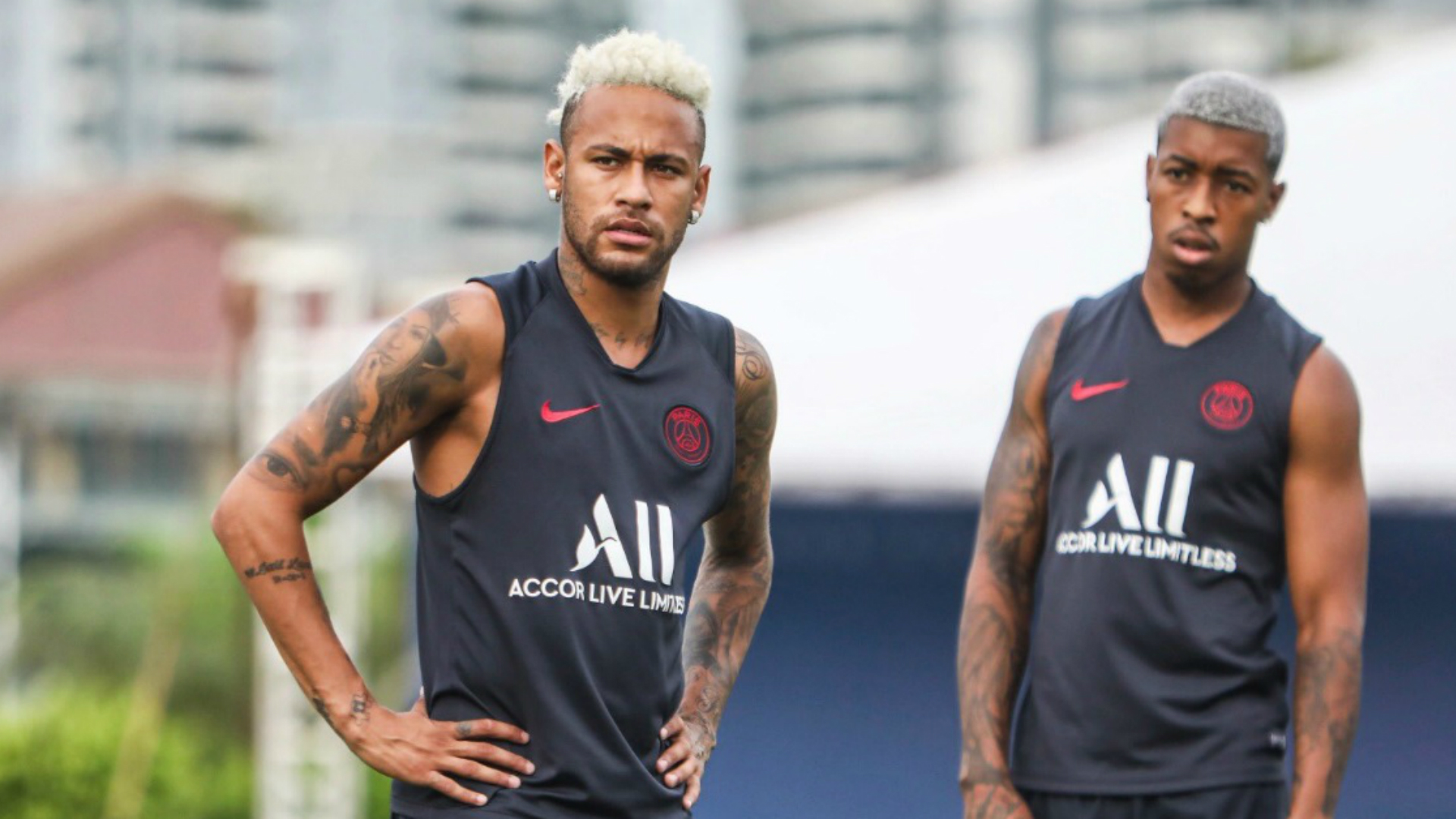 Neymar returned to action in time to play a part in a French Cup final against Rennes, but PSG lost the match on penalties and he was hit with a ban for striking a supporter when going up to collect his runners’ up medal. It was reported that part of the reasons he left the Camp Nou was to win the Balon d’Or but he seems to have a lesser chance of claiming it at PSG.

His PSG team mate, Verratti does not wish to see Neymar leave Parc des Princes but feels Thomas Tuchel’s side should sanction his departure if he no longer wants to remain at the club. “When a player really wants to leave, the club must let him go, according to the conditions set by the club, of course,” the Italy midfielder told RMC Sport.

“But you must not keep a player who wants to leave. Of course, I would be disappointed to see him go. I never heard him say that he wanted to leave after I don’t know what he told the club. But personally, of course, I prefer to see him stay,” Veratti said. 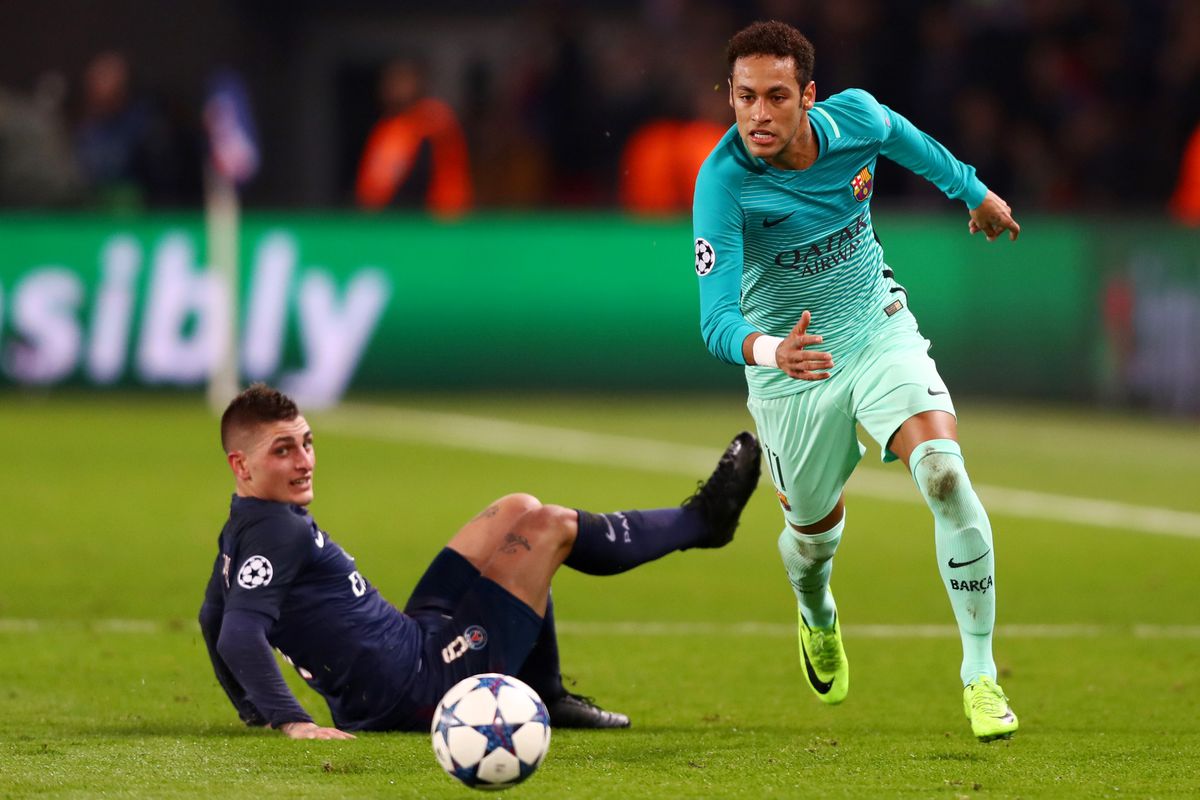 Neymar’s reportedly wanted at the Camp Nou with some of the attackers at Barcelona such as Ousmane Dembele, Phillipe Coutinho, and Malcom underperforming. However, PSG will not allow the Brazilian to move back for less than the amount they paid for him two summers ago.

The Spanish champions have already spent almost £215 million ($265m) on transfers during the current window, with the likes of Antoine Griezmann and Frenkie de Jong now on Ernesto Valverde’s books. They may offer some players to their French counterparts in a bid to see Neymar return to the Catalan capital.

Do you think that PSG should listen to Veratti and allow Neymar to return to Barcelona if he wants to??