Senegal’s Teranga Lions marched into the semi finals of the 2019 African Cup of Nations for the first time since 2006 following a 1-0 victory over Benin Republic’s Syli Nationale at the 30 June Stadium in Cairo. An Idrissa Gueye 62nd minute goal after a fantastic footwork and pass from Merseyside of England friend, Sadio Mane set him free to give Aliou Cisse’s side the last 4 ticket over their 10-man opponents.

Senegal have never won Africa Cup of Nations came up against the Syli Nationale who had drawn all four games at 2019 AFCON. The game was also a game of first as Benin who have never made it out of the group stages were hoping a last eight win over the favourites would give them a first semi finals ticket. The VAR, also made it debut as it was to be used for first time ever in an AFCON game.

Senegal forward M’Baye Niang kicked off the game for the favourites after conceding an early free-kick for following Olivier Verdon’s foul. The resultant ball went for a Senegalese corner, and up came Kalidou Koulibaly but it would go off target.

Sadio Mane then came close after getting in behind Benin’s defence for the first time, chested the ball down but his shot got blocked as the offside flag went up.

Mane came at the Beninoise again after playing a fine one-two with Keita Balde, but he was flagged offside as he ran onto the return ball – with his shot, stopped by the chest of Benin keeper Saturnin Allagbe anyway. 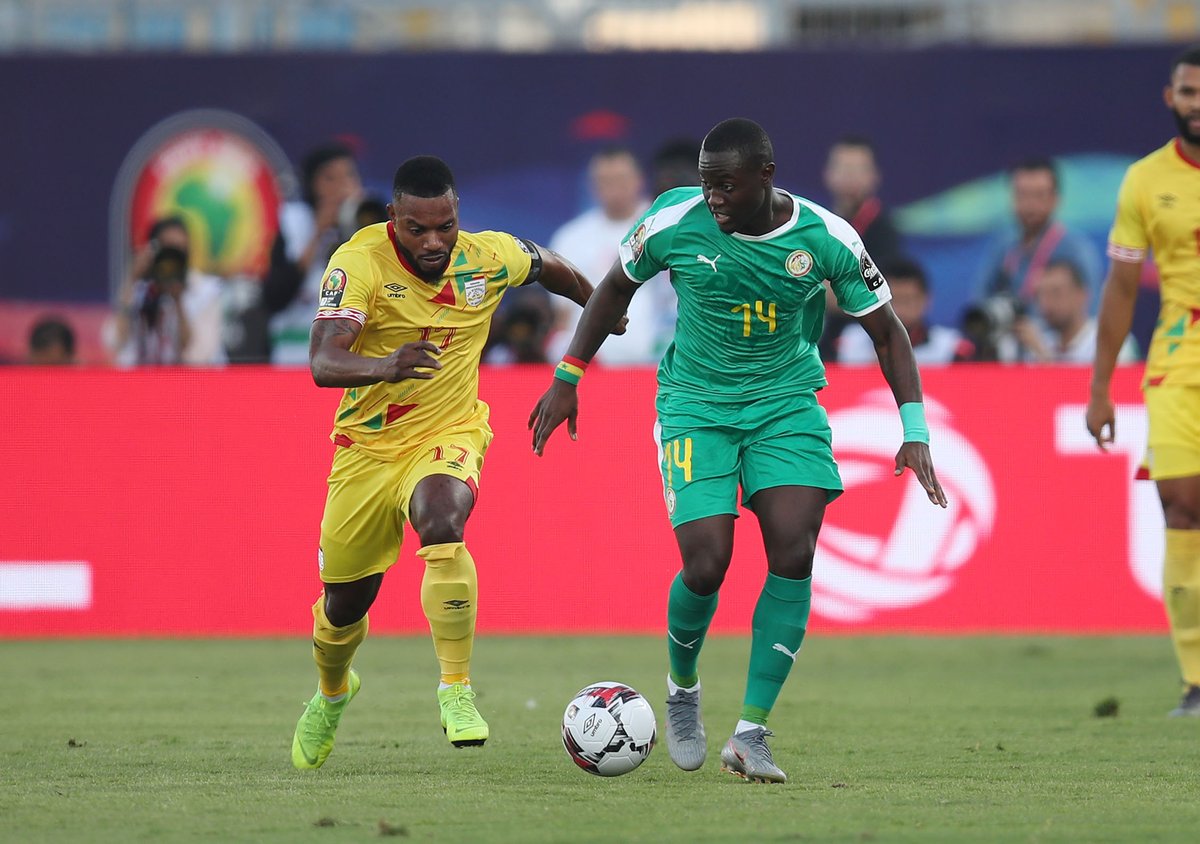 Benin then had their first shot at Senegal’s goal as Germany-born midfielder Cebio Soukou who only made his international debut earlier in the year, blasted wide from distance. Two minutes later, Benin almost took the lead. Soukou curled in a free-kick, which Mickael Pote tried to backheel home with a flick from six yards out but the attempt would go wide. 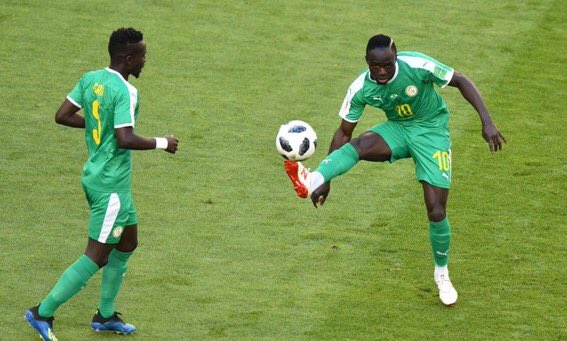 Sadio Mane again, with an excellent quick thinking, slipped a through ball to M’Baye Niang but it ran through easily to the keeper. 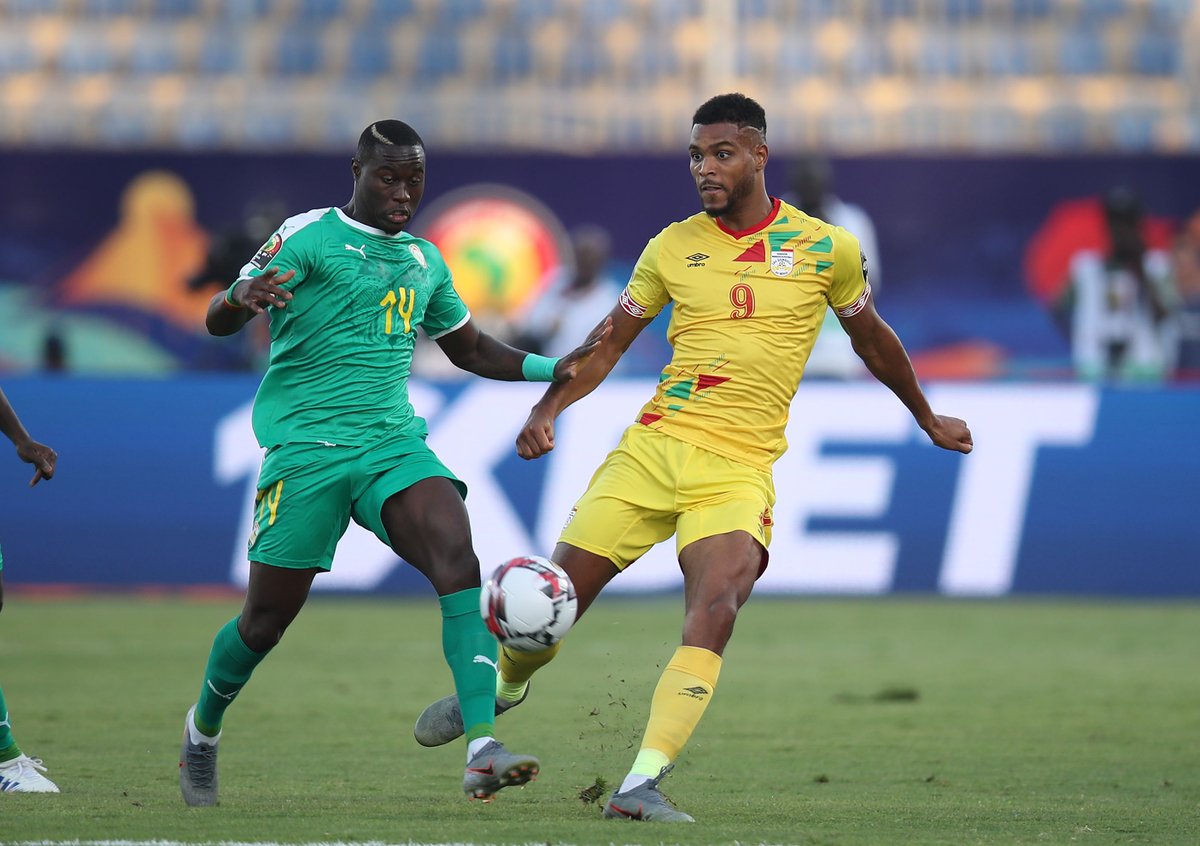 With 6 minutes left to the interval, Senegal had a penalty appeal. Forward M’Baye Niang made a jinking run into the box but went down after a small bit of contract with Jordan Adeoti.  The ref had the option of VAR but they obviously didn’t see any offence as the appeal was denied. 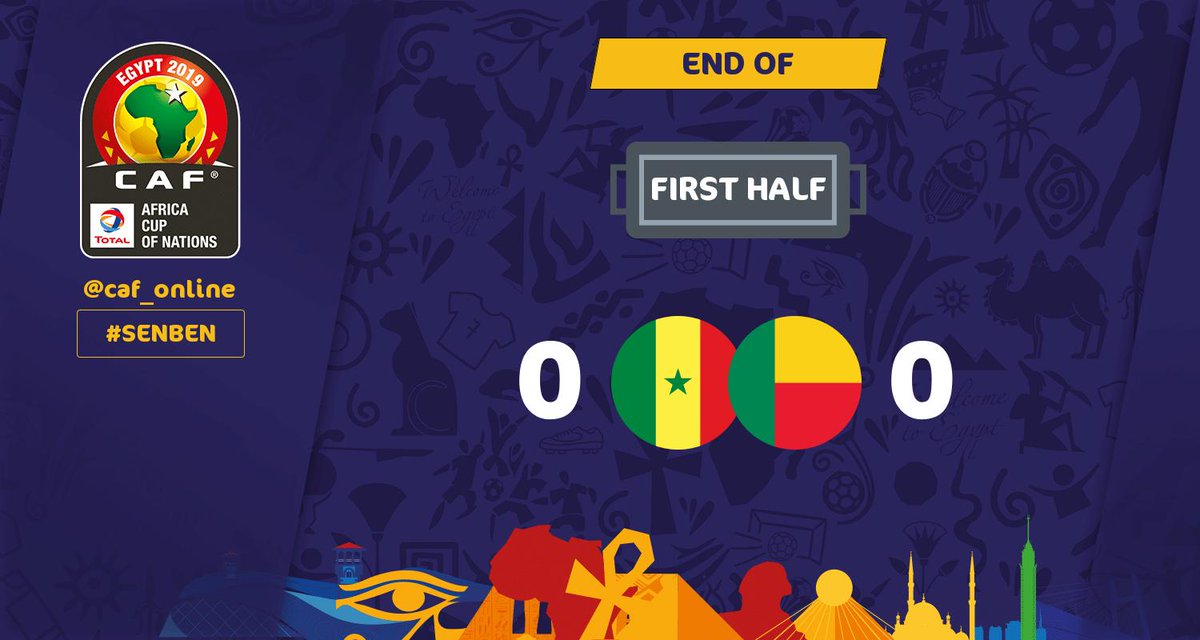 With just seconds left to the interval, Niang and Balde had back-to-back shots blocked by the Beninoise defense to ensure the first half ended goalless. 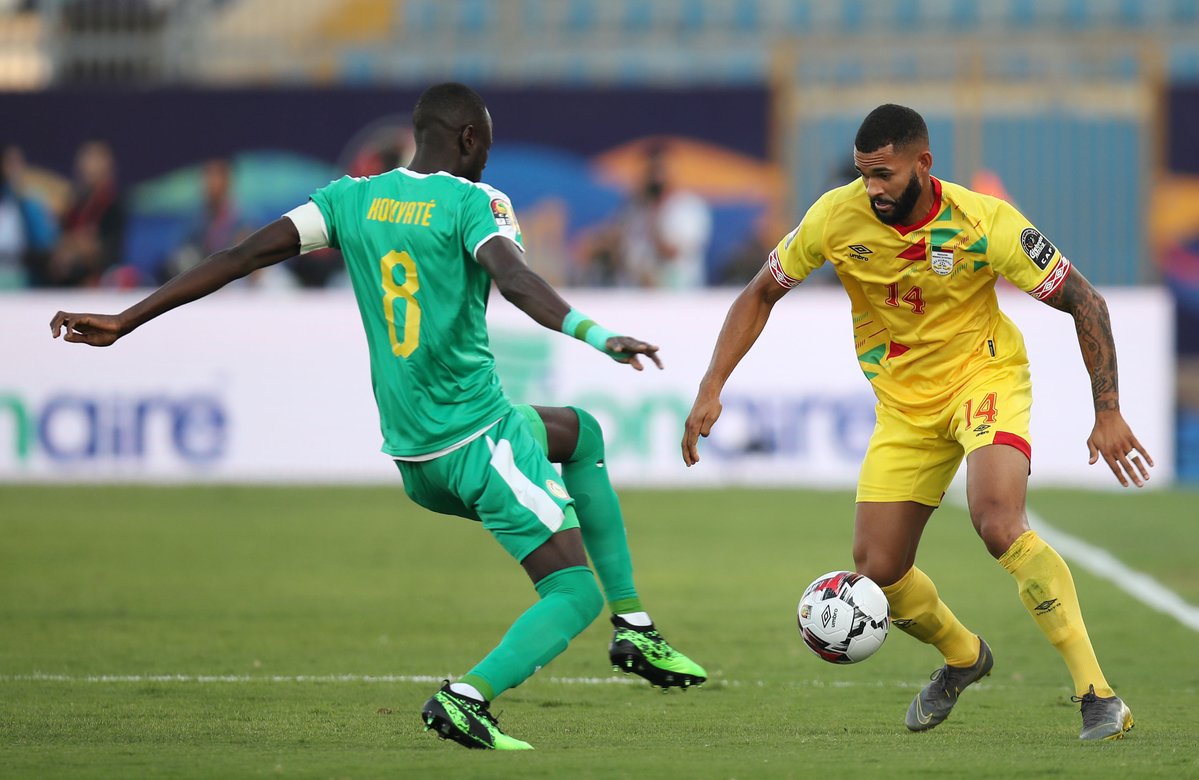 Benin Republic restarted the game with a glorious chance. Steve Mounie air-kicked a shot, but his shot was pretty weak and got easily held by Alfred Gomis. 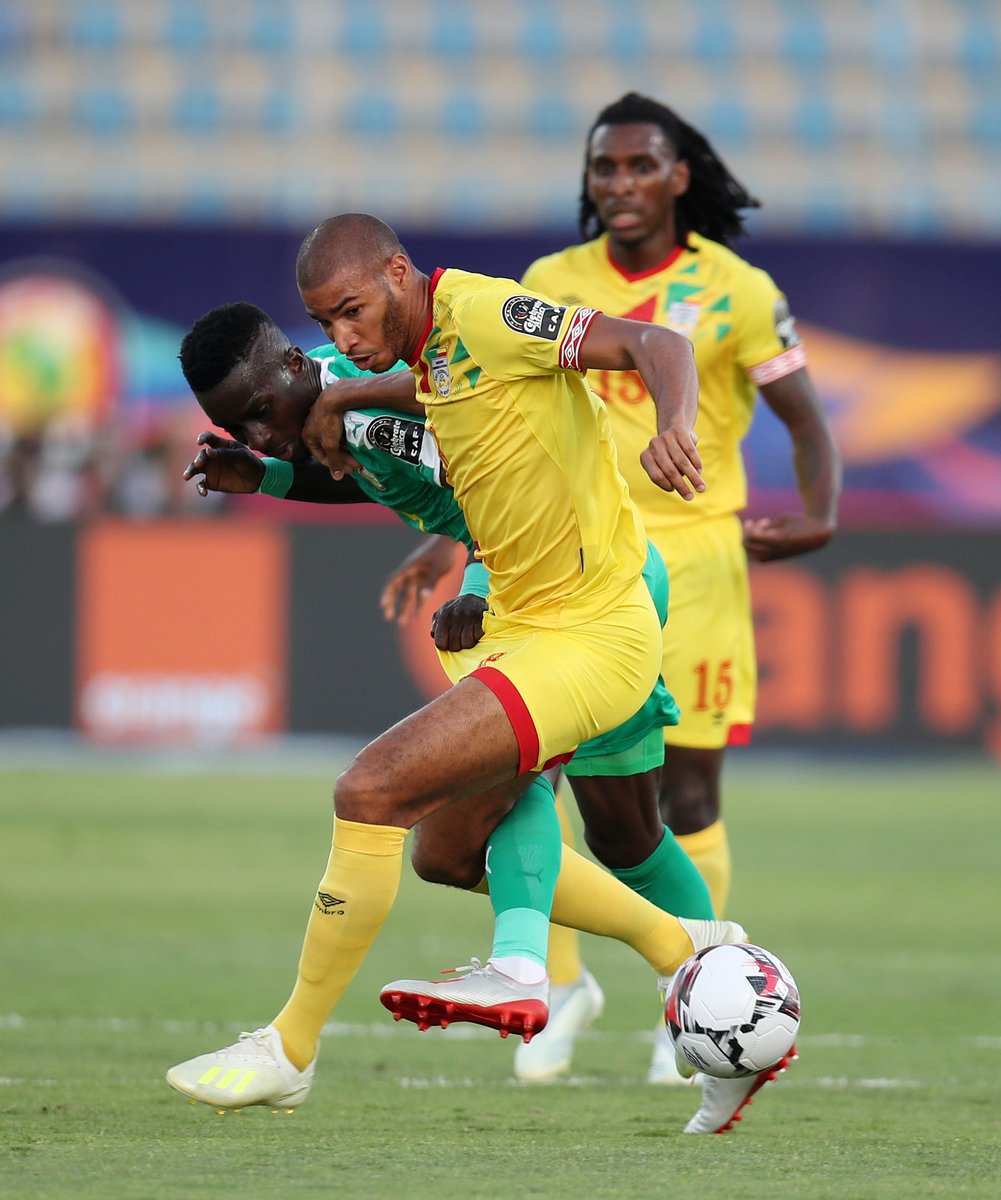 Sadio Mane with just nine minutes into the second half, had the ball Benin’s net, but the assistant referee had his the flag up. Reply revealed that Kalidou Koulibaly who flicked the freekick had Mane head home after he had strayed offside.

Premier League star Idrissa Gueye then gave Senegal the much needed goal. Gueye charged towards the box and picked out Sadio Mane. The Liverpool forward then played a pass back to the Everton midfielder, who has continued his run into the box and gave the goalkeeper no chance. 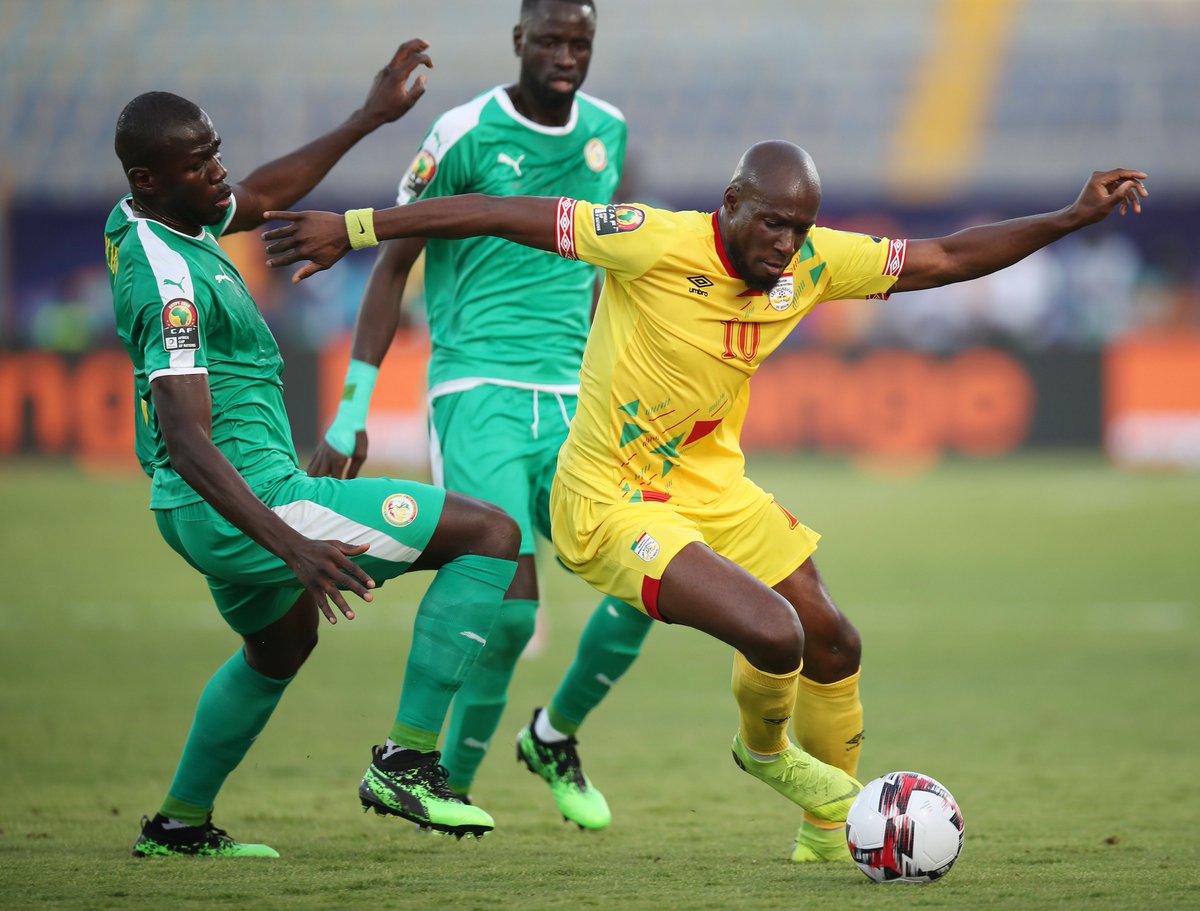 Another Sadio Mane goal got disallowed. This time he ran onto a fine through ball, went around the keeper and then guided it into the empty net. Video Assistant Referee was called into action as the referee cross-checked with the official before chalking off the goal. 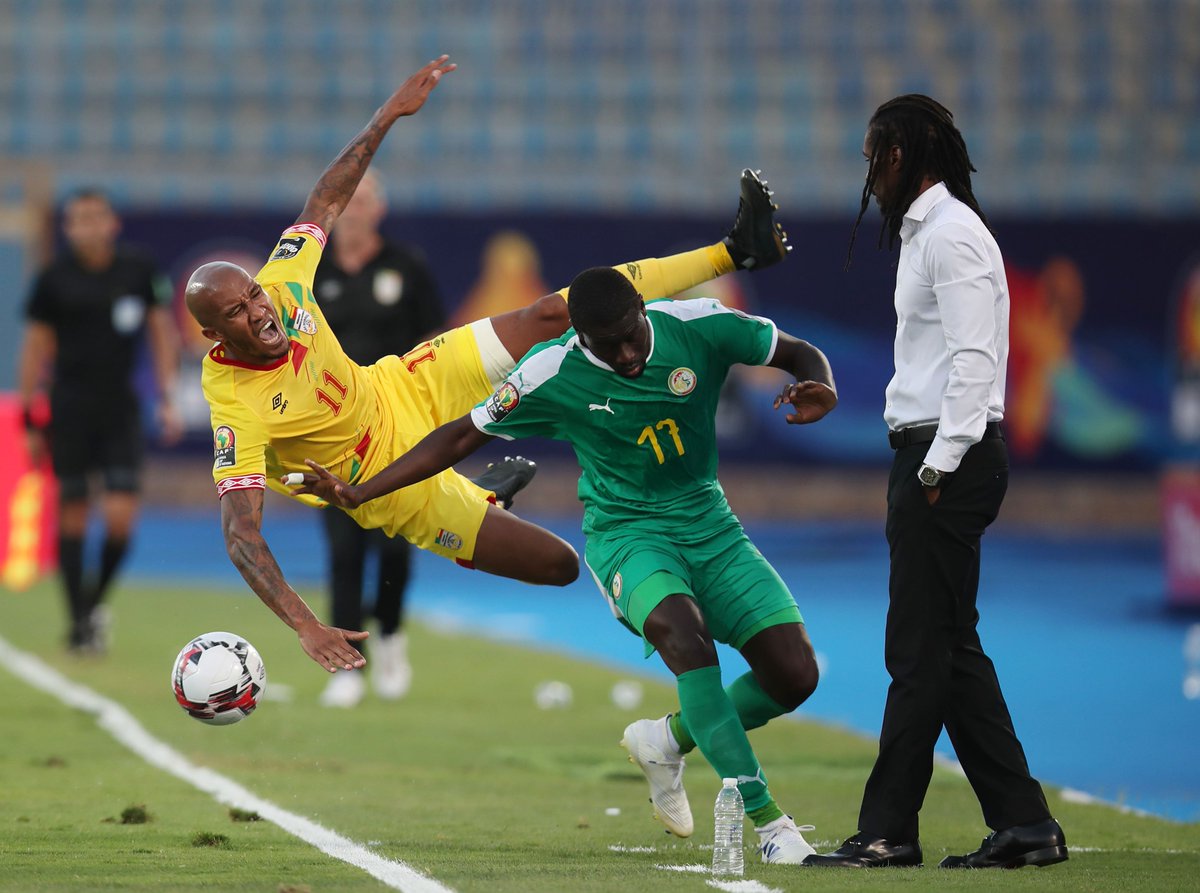 Benin would end the game with ten men following a foul on Gueye. The Everton man made surging run a from Sadio Mane pass. A hee’s just about to reach the penalty area, totally in on goal, Olivier Verdon fouled and got his marching orders.

That would be the end for the Senegalese as they happily marched to the next round of the competition. 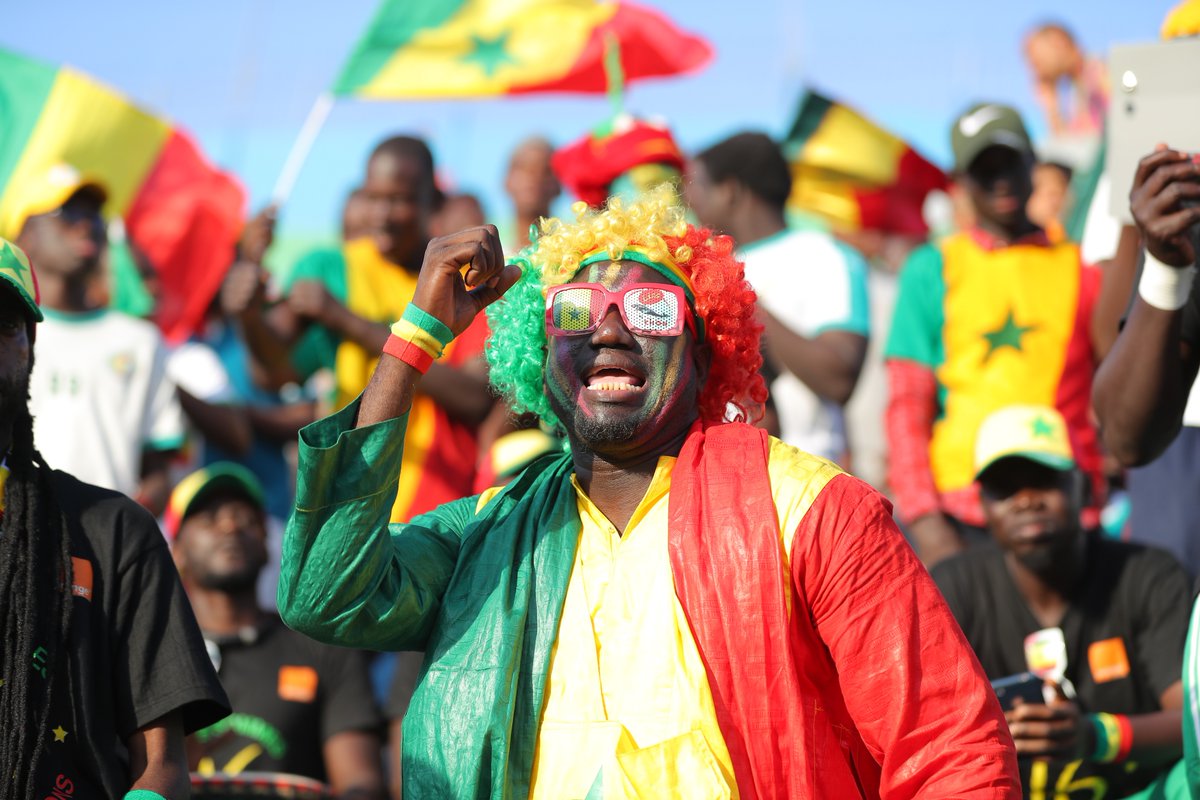 The Teranga Lions now march into the semi finals of the competition for the first time since 2006 – which was also hosted by Egypt. They now await the winner of the quarter finals game between surprise Madagascar and Tunisia for a semi finals clash on Sunday at the 30 June Stadium in Cairo.