Spanish midfielder Denis Suarez has confirmed his wishes to leave Barcelona Football club but he revealed that he would prefer to remain in the Spanish La Liga.

The 25-year-old Barcelona academy graduate has struggled to cement his place at the club since he returned from a loan spell with Sevilla in 2016. He failed to impress Ernesto Valverde last season and he spent the second half of last season on loan at Premier League side Arsenal with former Sevilla boss, Unai Emery. 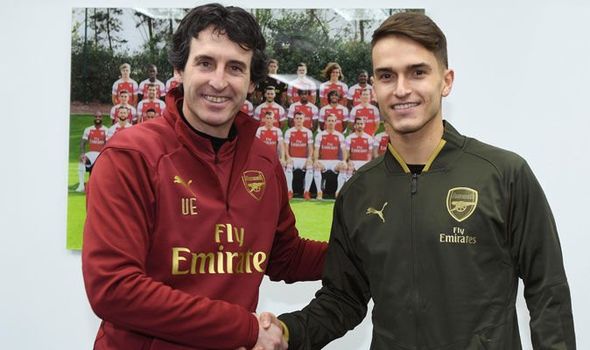 The Spaniard failed to make much of an impact with the Gunners. Although he was brought in to improve the midfield of the Europa League runners-up, he ended up playing just six times across all competitions as he battled injuries in the closing run of the season. He revealed to El Larguero, a Spanish radio sports program that concentrates mostly on football discussion that he would like to leave England.

“What I want is to leave Barca and play,” Suarez told El Larguero. “My goal is to stay in the Spanish league. I have been in Barcelona for two months recovering from the injury and nobody from Barca has told me anything.”

Suarez is tied to contract at Camp Nou until 2021, but he has not featured in the plan of the Barcelona boss Valverde. The arrival of Frenkie De Jong from Ajax for 75m Euros, plus a further 11m in possible add-ons is sure to limit Suarez’s chances in the first team. Fortunately, he has been linked with a move to Spanish side Valencia, with the club having confirmed an interest in the player.

Valencia’s general director Mateu Alemany disclosed last month that Denis Suarez was among his club’s transfer targets, saying: “Our obligation is to be in the market, that list can be very long and Denis Suarez would be one of them.” The one-time Spain international is eager to see the move succeed as he is interested in a reunion with Marcelino.

Suarez worked with the Spanish boss at Villarreal and is hoping to work together with the manager who led Valencia to 2019 Copa del Rey victory. “Marcelino is the best coach I’ve ever had. I speak regularly with him,” Suarez said. “It’s not true that I rejected Valencia. Valencia have never shown any interest in signing me as they are doing now.” But Valencia may not be the only club interested in landing Suarez.

La Liga runners-up Atletico Madrid are also reportedly monitoring the former Manchester City midfielder, and another La Liga side, Celta Vigo are also thought to be interested. It has also been reported that Barcelona are not willing to drop their substantial asking price of €20 million (£18m/$23m) for the outcast. Arsenal have an £18million option to purchase Suarez permanently but it has been reported that the Premier League side will not do so after the 25-year-old, who cost the Gunners a £2m loan fee and £60,000-a-week in wages, made just six appearances in all competitions, all as substitutes.

Where do you think Suarez should play his football next season? Share your thoughts in the comment section.