It was sweet happiness for the Super Falcons as an own goal from D Y Kim and a second half finish by Asisat Oshoala meant Thomas Dennerby’s side stood a chance of qualification from the group for the first time since 1999. Nigeria’s win meant they moved to third position in group A pending the outcome the game between hosts France and former World Cup champions Norway.

Super Falcons hogged the headlines for all new records they set as they breezed past the 14th ranked team in the World. The likes of FC Barcelona forward Asisat Oshoala and former U20 goalkeeper Chiamaka Nnadozie, had impressive plays and also set records in the win.

NEW RECORD NUMBER 1
Nigeria heading into the game, had just won just one of their four previous games against Asian oppositions at the FIFA Women World Cup – losing three and winning just one (2-1 against North Korea in 1999). Today’s 2-0 win, made it the second time would win a second game against an Asian side.

You can tell how much that goal meant to Asisat Oshoala. #NGA #NGAKOR #FIFAWWC pic.twitter.com/2f9Pw3jyYx

NEW RECORD NUMBER 3
The Super Falcons have both scored and conceded an own goal at this year’s FIFA Women’s World Cup the first nation to do so since USA in the 1999 edition. Osinachi Ohale scored an own goal in Nigeria 3-0 defeat to Norway in their first game. 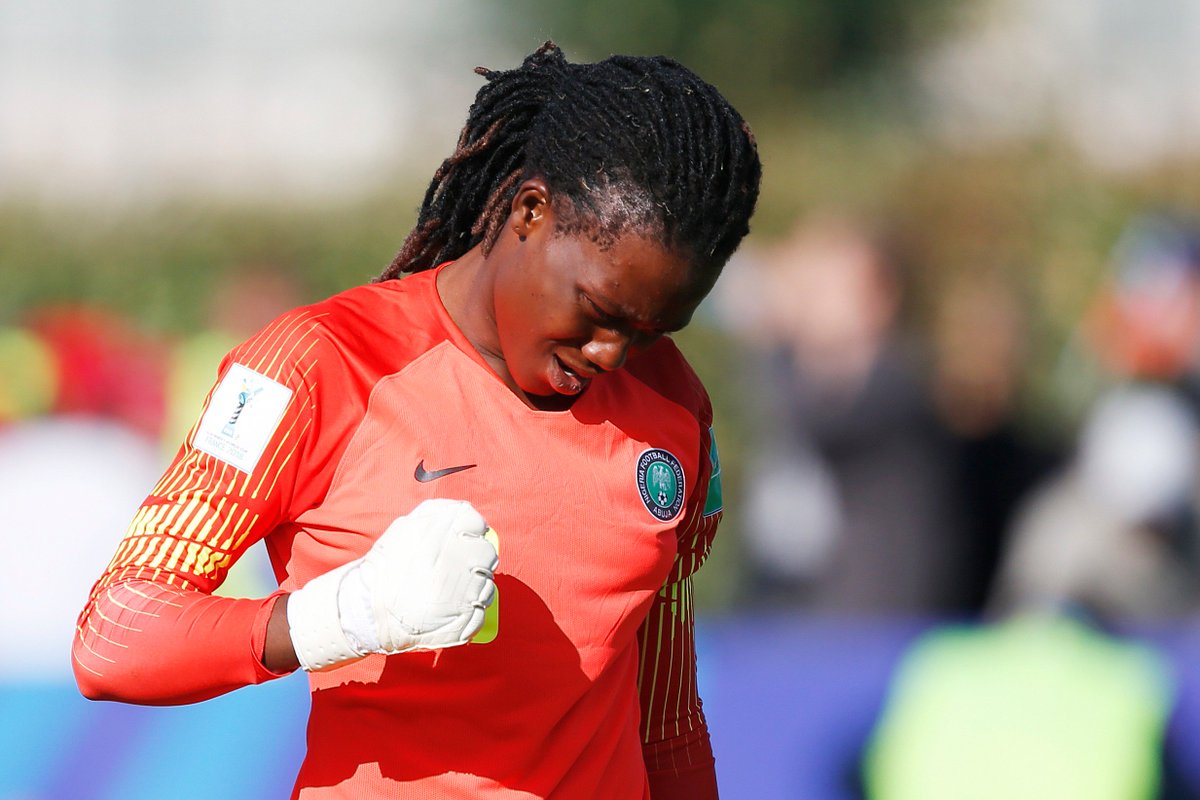 NEW RECORD NUMBER 4
At 18 years and 186 days, Nigeria’s Chiamaka Nnadozie has become the youngest ever goalkeeper to keep a clean sheet in a Women’s World Cup game. The former U-20 World Cup star replaced first choice goalkeeper Tochukwu Oluehi who was in-goal in the 3-0 defeat.

NEW RECORD NUMBER 5
Nigeria have become the first African side in Women’s World Cup history to win their second group game at the tournament, with 12 of the previous 13 such matches ending in defeat for sides from Africa (D1).

The Super Falcons now play hosts France in their last group game as they hope to secure qualification to the last 16 for the first time since the 1999 Women’s World Cup.