The Super Falcons will throw all their firewoods into the furnace when they file out against their counterparts from Korea Republic on Wednesday in their second match of the 8th FIFA Women’s World Cup finals in France.

During the #FIFAWWC, we'll be asking players for their messages for girls & women. "Don't give up on your dream. Keep pushing every day. Stay focused. Don't let anyone talk you down. Just be yourself and give 100% to whatever it is you decide to do." . We ? this from @asisat_oshoala. #DareToShine #Nigeria #Empower #Inspire #RoleModel

Venue is the Stade des Alpes in the city of Grenoble, where Group A’s bottom-of-the-table clash will begin at 3pm. Head Coach Thomas Dennerby and team medics on Tuesday ruled veteran defender Faith Michael out of the tournament.

The Pitea IF of Sweden defender was injured in a clash with goalkeeper Tochukwu Oluehi during Saturday’s 0-3 loss to Norway and will take no further part in the championship, no matter how far the African champions get.

Another busy day for the @NGSuper_Falcons as #KOR gets closer.

The team again trained at the Stade Eugène Thenard on the Avenue du General de Charles Gaulle, on Tuesday, and apart from Michael, the remaining 22 players are rearing to go against the Far East Asians.

? The heavens have opened up for this morning's training but @NGSuper_Falcons are hard at work. #SoarSuperFalcons // #FIFAWWC pic.twitter.com/fil2R8oz1f

In Michael’s absence, petite Chidinma Okeke, a former junior international who featured for Nigeria at the FIFA U20 Women’s World Cup also staged in France last year summer, will start at right back. She was impressive against the Norwegians when she replaced Michael in the 53rd minute on Saturday. 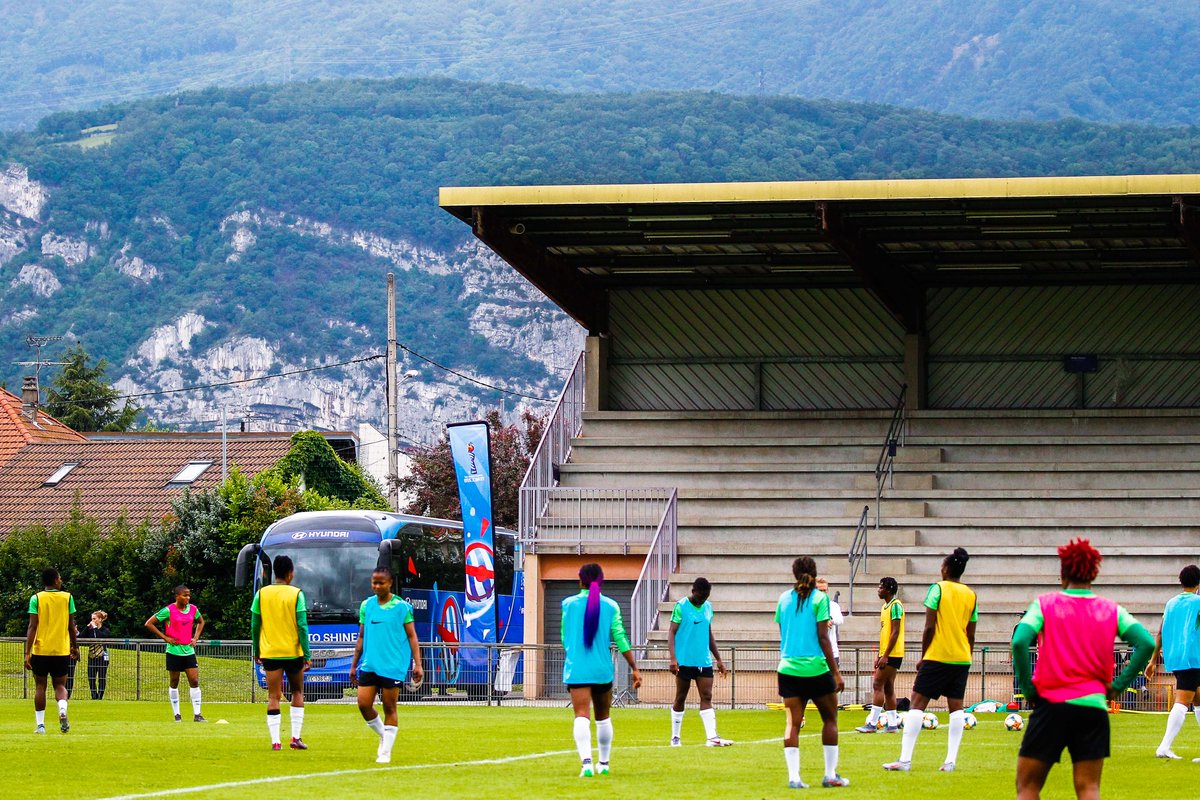 The central defensive pairing of veteran Onome Ebi and Osinachi Ohale will be maintained, as left back Ngozi Ebere. In the midfield, Dennerby will decide whether to once more go with the trio of Ngozi Okobi, Rita Nwadike and Halimatu Ayinde, or rest the latter for Portugal –based Chinaza Uchendu.

Desire Oparanozie, Asisat Oshoala and Francisca Ordega will be saddled with the assignment of getting the goals that will keep Falcons’ hopes of remaining in France beyond 17th June.

While Nigeria and Korea DPR have squared up to each other on two occasions at the FIFA World Cup (one win each way), it is a first meeting for the Super Falcons and the Koreans of the south.