Real Madrid announced the signing of Eden Hazard from Chelsea few days ago after long wait. The Belgium International brought an end to over a year’s worth of speculation when he joined the Spanish giants in a €100 million (£88m/$112m) deal on Friday and thus, signing a five-year contract which means he will be at the Santiago Bernabeu up until 2024. 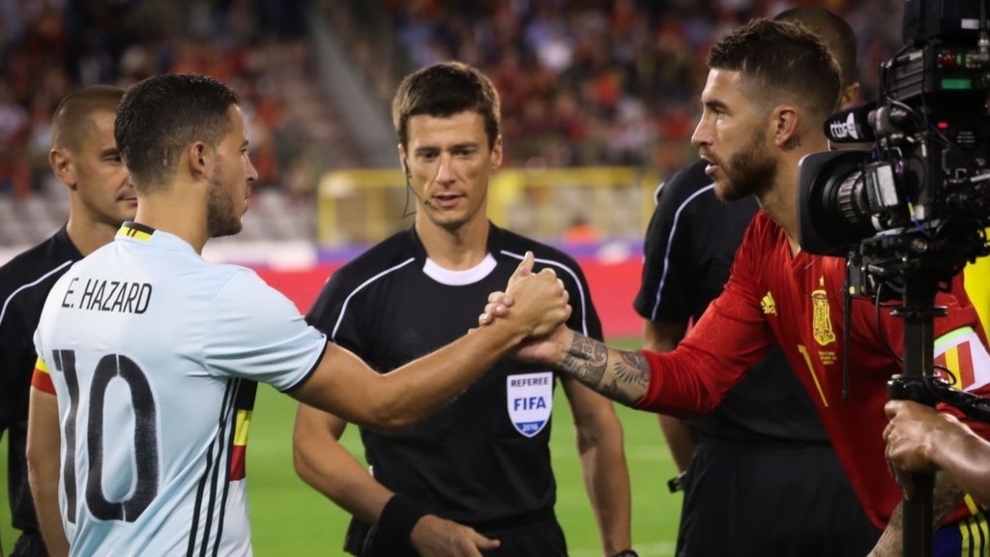 Los Blancos captain, Sergio Ramos who is on international duty with Spain has hailed Hazard’s signing as he claimed he is a “world-class player” that will strengthen the Zinedine Zidane led team. The 33-year-old defender believes the former Chelsea star will reinforce Real Madrid ahead of 2019-20 season. The Galacticos have been in search of a new star to bolster their attacking line after selling Cristiano Ronaldo to Juventus last summer and two-time Premier League winner Hazard is expected to fill the role. 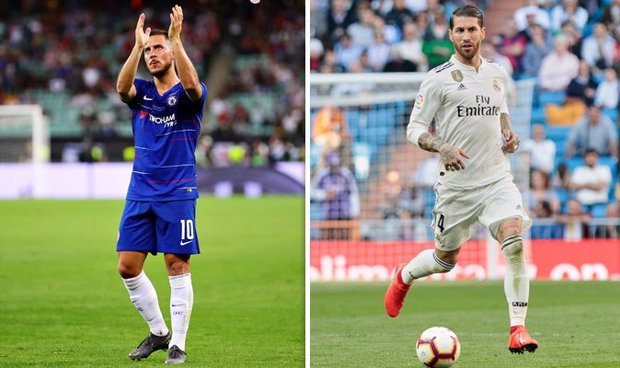 Ramos admitted that he is excited to welcome Hazard to Real Madrid as he believes his club have added another top quality player to their squad after losing Ronaldo to Juventus last summer. Asked if he is excited to play with Hazard next season, Ramos joked reporters: “He is coming to play with us, we were already here, right? [laughs] I’m happy. 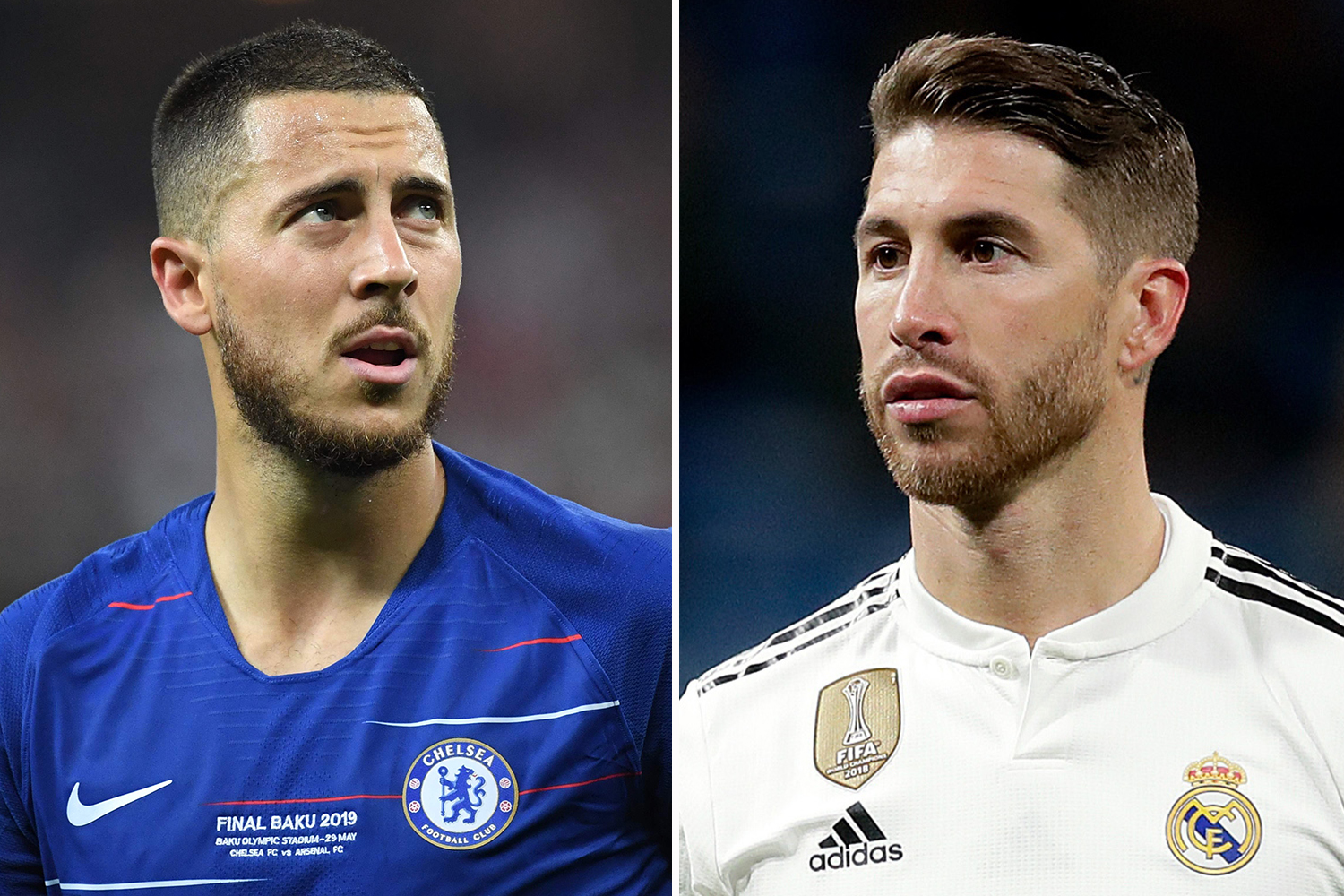 “I think it’s a great signing. He is a world-class player. It is good to reinforce the squad.” 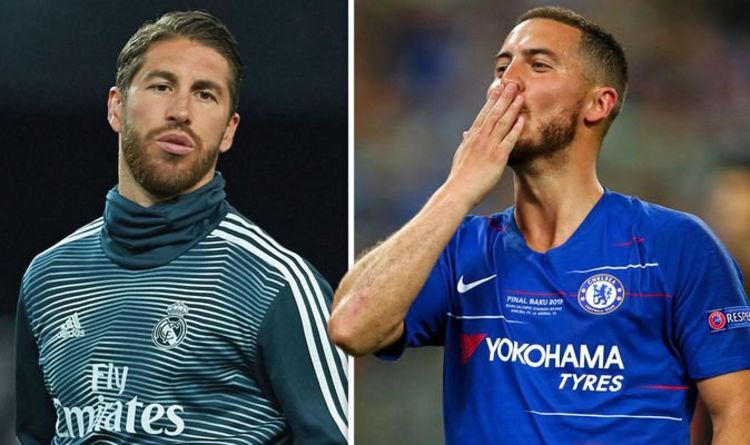 Ramos’ own future became the subject of speculation as well recently when it was reported that he had notified coach Zinedine Zidane and president Florentino Perez of his desire to leave the club amid interest from a club in China. But the 33-year-old confirmed he wants to stay in the Spanish capital until the end of his career. And the World Cup winner is happy to have put the uncertainty behind him. 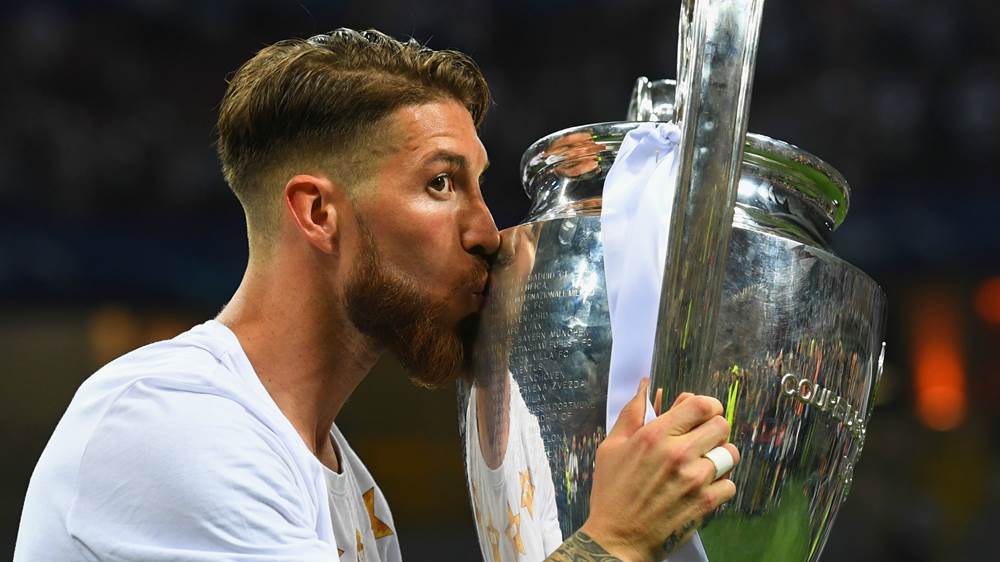 “I had to go out to give the press conference. I think it was the best for everyone. The important thing was to turn the page and not talk about it any more,” he said. “The goal is achieved. I am very happy in Real Madrid and playing for the national team is not a relief but a source of pride. “When you have been injured, you really value what you do not have. I live it as if it were the last time. It’s all very well.”

The former Sevilla star is currently on international duty with La Furia Roja, Ramos will be in action on Monday as the former World cup winners will face Sweden in Euro 2020 qualifying in Real Madrid stadium, Santiago Bernabeu, a day before is new teammate Hazard’s national team side will line up against Scotland. 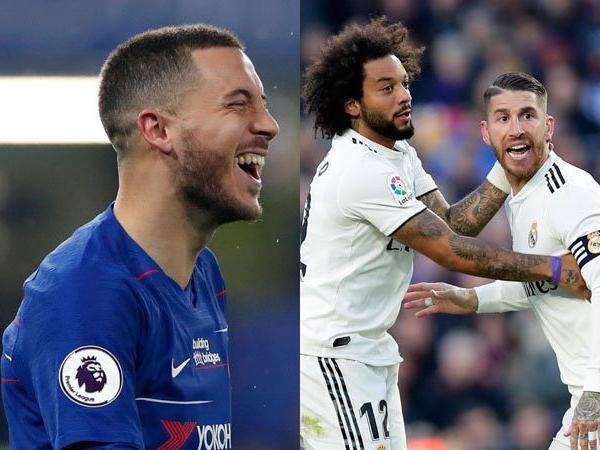 Do you agree with Sergio Ramos on this? Share your view in the comment section below… Thanks