FIFA U-20 World Cup: SEVEN talents to watch out for -No. 2 was coached by Mbappe

The FIFA U-20 World Cup is one of the most exciting tournaments to watch especially because a lot of relatively unknown talents would be on display. The competition was the stage that announced stars like Paul Pogba, Lionel Messi, Mikel Obi, Sergio Aguero, and Milinkovic-Savic. Here are 7 talents to watch out for in the 2019 edition hosted by Poland. Diogo Dalot is a ‘modern’ full-back who plays as a full-back and occasionally as a winger for English club Manchester United. The defender was born in Braga, Portugal and joined Porto youth team. Dalot first appeared with the first team in competitive games on 13 October 2017, starting in a 6–0 away win over Lusitano G.C. for the season’s Taça de Portugal. He first played in the Primeira Liga in February 2018, coming on as a 75th-minute substitute in a 5–0 home routing of Rio Ave FC. He was particularly impressive in a UEFA Champions League game against Liverpool and attracted interest from the top clubs on the continent. Dalot signed for Premier League club Manchester United on 6 June 2018 on a five-year contract for a fee of £19 million.

Dalot helped Manchester United secure an important victory against PSG in the Champions League and he blossomed under the management of Ole Gunnar Solskjaer. Dalot helped Portugal win the 2016 UEFA European Under-17 Championship, scoring twice in five games in Azerbaijan including once in the final against Spain. 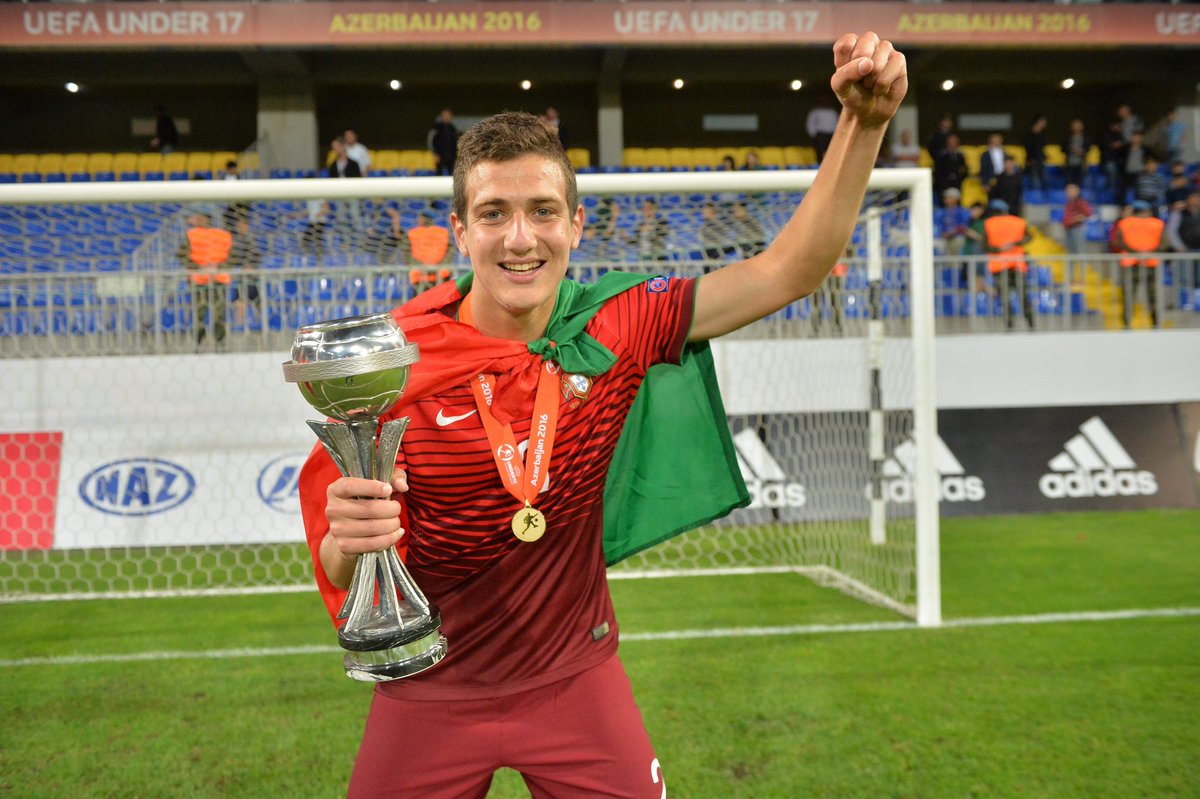 He heads into this competition full of confidence and would definitely be one of the most experienced players on the Portugal squad. After representing the country at the U-17 European Championship, he helped the under-19 team reach the quarter-finals of the same competition. This would be his second U-20 World Cup as he was represented the nation at the 2017 edition, starting in all the matches in an eventual quarter-final exit.

Saliba is a talented defender for Ligue 1 club Saint-Étienne. He began playing football at the tender age of six and was coached by Kylian Mbappe’s father. The teenager signed for St-Etienne in 2016 and made his debut for the first team at the age of 17. Like Mbappe, he is of Cameroonian descent and he is one of the most impressive talents to watch out for at the U-20 World Cup.

He is perhaps the most exciting prospect to watch at the U-20 World Cup. The highly rated attacking midfielder is of Algerian descent and he made his debut in the French Ligue 1 with PSG in 2018. On the last day of the 2018–19 winter transfer window, Adli joined league rivals FC Girondins de Bordeaux on a 4½-year contract. 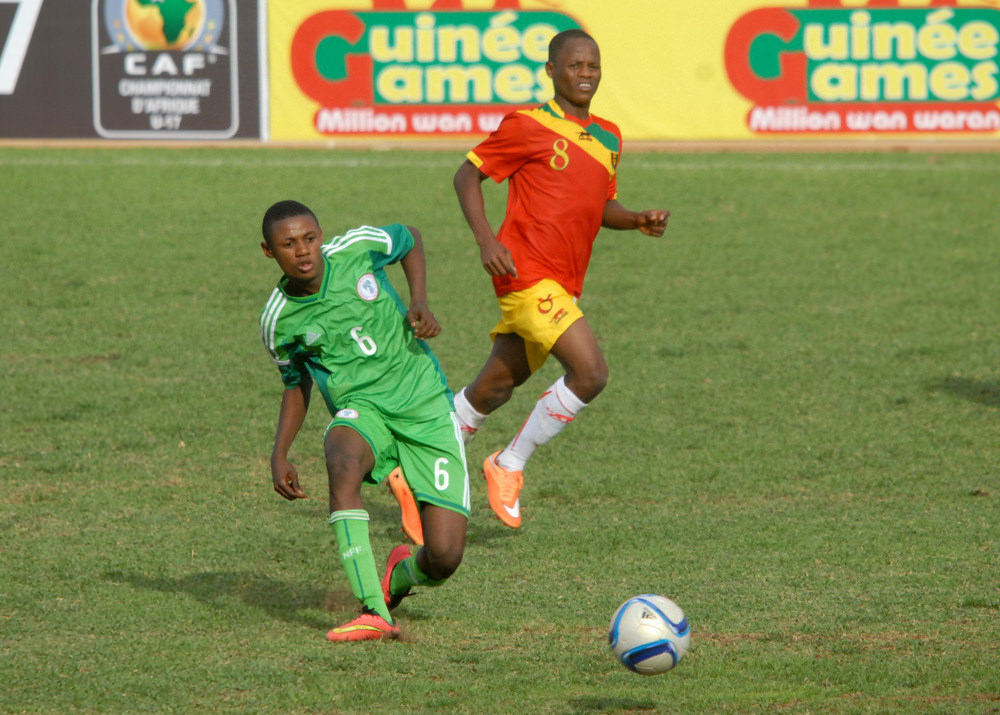 The highly rated midfielder burst into limelight after his performances for the Golden Eaglets of Nigeria in 2015. He joined Italian club Bologna In 2017 and was assigned to their Under-19 team. At the end of the 2017–18 Serie A season he made some bench appearances for Bologna’s senior squad, but did not see any time on the field. This prompted his loan move to Peruggia.

Kingsley represented Nigeria national under-17 football team at the 2015 African U-17 Championship where Nigeria finished 4th. He was part of the 2015 FIFA U-17 World Cup winning team with the Golden Eaglets of Nigeria. Michael scored a goal in the 3–0 quarterfinal victory over Brazil, but did not appear in the semifinal or final.

The exciting winger plays for Real Betis in the Spanish La Liga, Lainez began his career at Club America becoming one of the club’s youngest players to debut for the first team at 16 years old. Lainez scored in both legs of the Apertura semifinal series against Universidad Nacional, making him the youngest player to ever score during the playoff stage for the club. Lainez joined La Liga club Real Betis on a five-year contract reportedly worth $14 million making him the youngest player to emigrate from the Mexican Liga MX as well as the second most expensive transfer paid for a Mexican player by a European club. He has represented Mexico at the U-17, U-20, and the U-21 levels. He received his first call-up to the senior national team by interim manager, Ricardo Ferretti, for the friendly matches against Uruguay and the United States and earned his first cap against Uruguay. The talented midfielder Fernandes started his career at SC Frielas in Portugal before he joined S.L. Benfica’s youth system, where he progressed to the club’s reserve team in 2017. He made his first team debut for the club in a UEFA Champions League qualifier against Fernabache.

He would be heading to Poland full of confidence after he secured the 2018/19 Portugal Primera Liga with Benfica . He has already won titles with Portugal after being part of the UEFA European Under-17 Championship winning team. He was so good at that tournament that he was voted into the 2016 UEFA European Under-17 Championship Team of the Tournament. 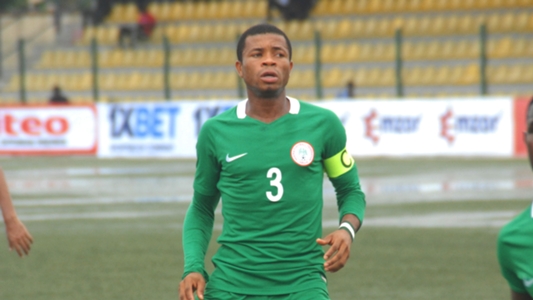 The highly rated full back began his career in Nigeria with Alaska Football Academy before moving to Enyimba at the age of 16. He made his senior debut in 2017. In February 2018 he won the NFF Young Player of the Year award and signed for Israeli club Maccabi Haifa in 2009. He made his international debut for Nigeria in 2018.