Atletico Madrid midfielder Thomas Partey has not ruled out a move away from the club this summer to the EPL. The Ghanaian international is reportedly being monitored by both Manchester United and Arsenal following an impressive campaign with the La Liga side. The 25-year-old, who has a minimum fee release clause of £43.5million according to his agent, Jose Daniel Jimenez Pozanco, has been linked with United and is also being watched by Inter who are interested in his signature. Arsenal are also said to be monitoring the midfielder, and Partey conceded that he is aware of speculation surrounding his future. 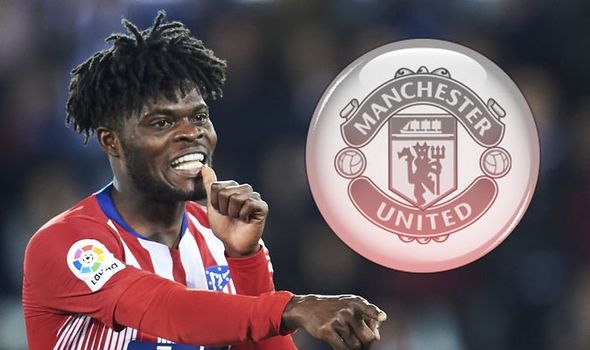 While reluctant to talk about his future, he refused to rule out a summer departure. He told BBC Sport: ‘It’s hard for me to talk about transfers because the next minute it will be like ‘Thomas is trying to leave’ but for me playing football is what makes me happy. 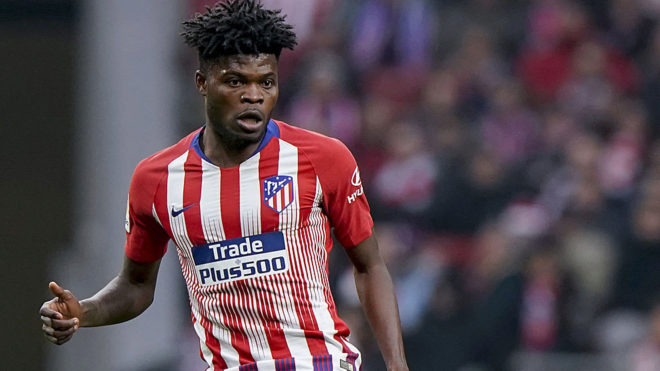 ‘I keep saying I am lucky to be at this level now because I know people who play harder and work harder than me but are nowhere close to being here. ‘I don’t know what the future holds for me but as long as I play and they are happy with me here then there is no need flirting with others. ‘So the only thing that would make me unhappy will be not playing. I think most footballers can understand that not playing is the greatest torture any professional footballer can go through.’Partey has made 42 appearances for Diego Simeone’s side, building on 50 he accrued last term in all competitions.

Thomas Partey’s contract with Atletico Madrid will expire in 2023, and will be a huge loss to Atletico Madrid if he is signed away from the Madrid outfit this summer. He will also be a key figure for Ghana at the 2019 AFCON hosted by Egypt later in June.