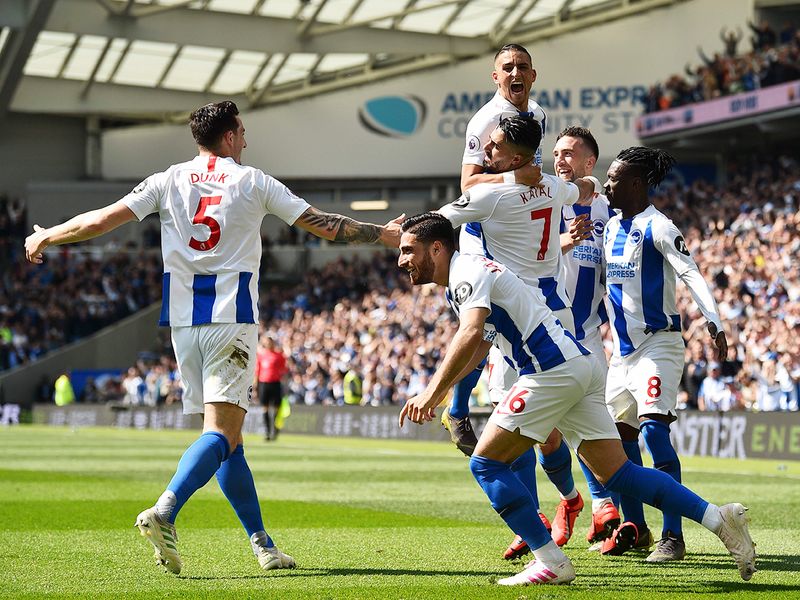 Liverpool beat Wolves at Anfield and Brighton failed to take points off City so Liverpool could not lift the title despite finishing the season with 97 points. However, Jurgen Klopp and his side will not be impressed with Brighton’s players if reports are true that they have been enjoying themselves a bit too much in the build up to the all important match.

Accordinf to ESPN FC presenter Adrian Healy the Brighton players had been enjoying themselves a lot instead of being focused on beating the Premier League champions. He said: “I’ve got a mate who’s a Brighton fan who informs me that several of the Brighton players have been spotted out on the town for the last three nights in a row.”

Craig Burley, the former Celtic and Chelsea midfielder, was not at all surprised to hear the rumour. He even implied that it was quite usual for players to have a couple of midweek drinks towards the end of the season. “In the days before we were going for the title at Celtic, we were out for three days and we were going for the title, and won it by the way,’’ said the 47-year-old.

“So I’d wholly anticipate that if they’ve got nothing to play for on their behalf, they’re having a few shandies, strawberry daiquiris. ‘They’ve got a duty to the rest of the league and to Liverpool. Yeah, yeah, sod that.” Brighton secured their position in the Premier League after Cardiff lost to Crystal Palace last week.

However, Brighton boss Chris Hughton earlier claimed that they would not be taking his foot off the gas going into the last game of the season, despite his team being safe from relegation. The former Norwich manager was the last man to beat City on the final day of a Premier League season in 2013 and he said he saw the clash with the champions as a great chance for his side to show what they can do.

‘We have a wonderful opportunity in tomorrow’s game to have a big bearing on who will win the league, and that’s great for the club,’ Hughton told talkSPORT before the game on Saturda. “This is probably the game where we’ve recovered the most and we’re in decent form going into it, on the back of a really good away performance at Arsenal.”

“This gives us more of a chance mentally. ‘So the pressure is off us. I don’t think there would be any of my players who wouldn’t be really looking forward to the challenge of this game.” 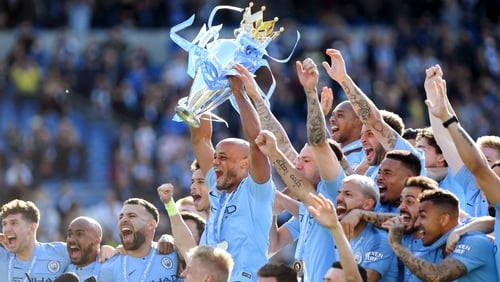 Manchester City emerged consecutive Premier League champions following an impressive 4-1 victory over Brighton and Hove Albion in the final day of the 2018/19 season. The game, which was played at the American Express Community Stadium, was dominated an won by Pep Guardiola’s men in classic fashion as they defended last season’s title.