Dani Alves must have thought he was on for a record 43rd trophy when he struck a sweet volley early on, getting directly on the end of his compatriot Neymar‘s corner. As the Coupe de France final was one to remember, as PSG let slip a two-goal lead to lose to Rennes on penalties. 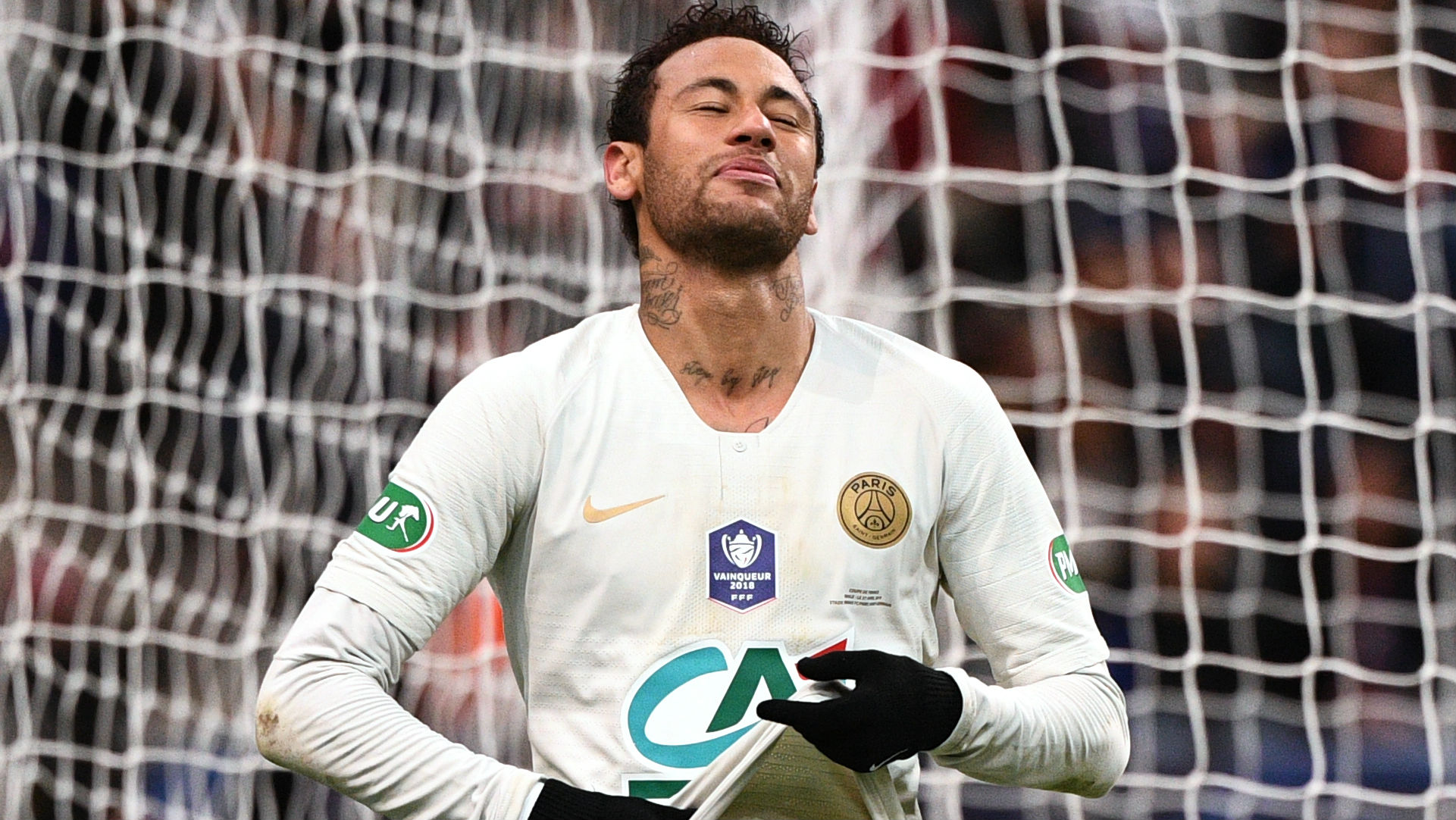 That wasn’t the only memorable moment, as Kylian Mbappe was dismissed for a high challenge in the dying moments of extra time. Rennes then came out on top in the shootout, and Hatem Ben Arfa got revenge over his old club.After the game, Neymar didn’t take too kindly to a fan filming him.

He snatched at the camera and then jabbed him in the arm. The Brazilian was recently banned for three European games after his Instagram outburst, following PSG’s Champions League defeat to Manchester United, and could be in more hot water now.

The defeat ensures that Ligue 1 is the only trophy PSG will be celebrating this year. They’d won the Coupe de France for the last four years before losing this final. They’d also lifted the Coupe de la Ligue for the last five, but were suffered a shock defeat to minnows Guingamp at the quarter-final stage.

We’ve included all three videos to watch below.