Slavia Prague began this season looking to progress through to the group stages of the Champions League for just the second time in their history, but Cervenobili have now put themselves into a position where they are in contention for their first-ever European trophy. There was huge disappointment when Slavia suffered a 3-1 aggregate defeat to Dynamo Kiev back in August, but Jindrich Trpisovsky’s side have been able to battle their way through the Europa League group stages and two knockout ties to earn a rare appearance at this stage of the competition. Slavia made it through to the semi-finals of the UEFA Cup during the 1995-96 campaign, and they have overcome the odds to leave themselves in the last eight on this occasion. Their only two defeats have come away from home – to Bordeaux and Zenit St Petersburg respectively – and a five-match unbeaten streak at the Sinobo Stadium has established Slavia as credible opponents for any team remaining in this tournament. Slavia found themselves trailing in extra time against Sevilla in the second leg of their last-16 contest, but two goals in the final 18 minutes gave the club one of the most dramatic triumphs in their history. Trpisovsky and his squad are full of confidence ahead of welcoming Chelsea, having netted five goals in each of their last two domestic matches, while Slavia also have a former Blues player in their ranks. Miroslav Stoch made five appearances in all competitions during the 2008-09 campaign, but the playmaker has made his name representing the likes of FC Twente, Fenerbahce and PAOK. Stoch is one of four players who top the scoring charts for Slavia in this competition, and it highlights that Chelsea cannot afford to focus solely on the Slovakia international. 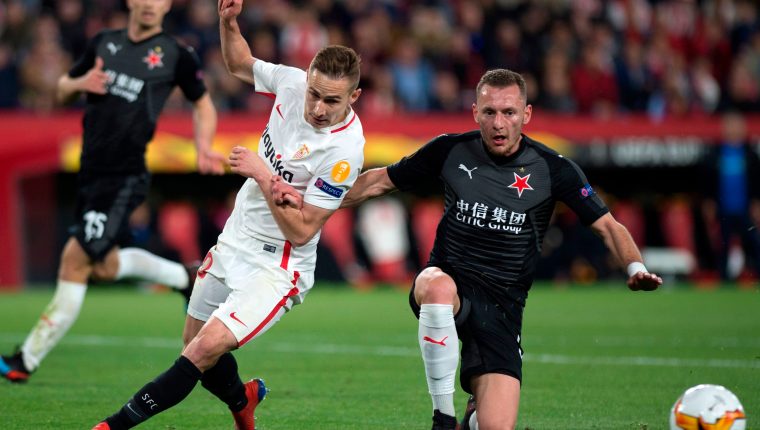 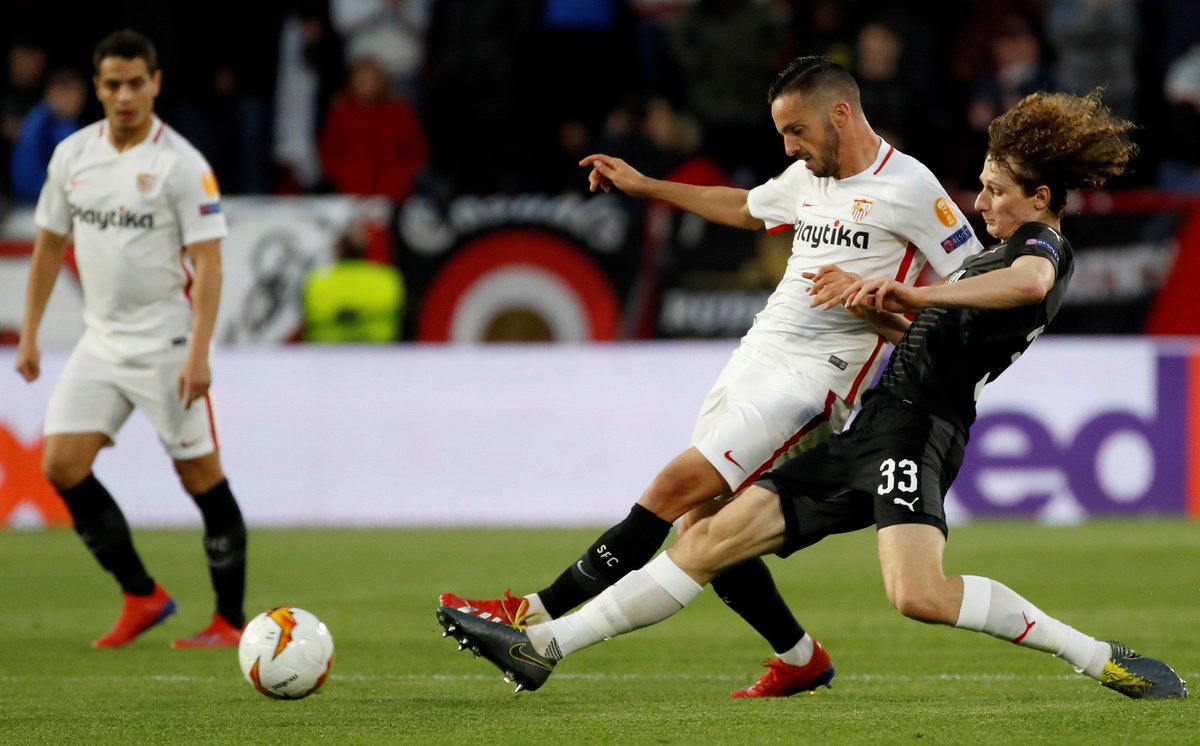 Maurizio Sarri has been left attempting to rotate his squad in order to maintain the club’s ambitions in each of the Premier League and Europa League, but there is little doubting that Chelsea’s best hopes of achieving Champions League qualification is through this competition. Chelsea have registered three successive wins in England’s top flight, but the West Londoners are aware that victories over two of Slavia Prague, Benfica and Eintracht Frankfurt will provide them with their second appearance in the final of this competition in six years. The Blues have arguably been provided with the perfect draw, and Sarri will want his players to continue with the ruthless streak which they displayed against Malmo and Dynamo Kiev.

Thirteen goals were netted during four fixtures, and Olivier Giroud contributed five of those strikes to sit as the top scorer in this competition with nine successful efforts to his name. Giroud has been starved of opportunities in the Premier League this season, but the World Cup winner has taken the chance to prove to Sarri that he is still an important member of his squad. Callum Hudson-Odoi has also chipped in with four goals and two assists, but the academy graduate will likely find himself on the bench on Thursday night having started two top-flight encounters in succession.

However, Sarri has made a habit of using rotation for this competition since September, with as many as 24 different players being provided with minutes during 10 matches.

Almost half of those squad members have played a part in at least one goal, and Sarri will have total belief in whichever team he chooses to select for what could prove to be a difficult test in Prague.

Sarri will make a number of changes to his starting lineup with Sunday’s fixture with Liverpool in mind, and that will see the likes of Willian, Pedro and Giroud all earn a recall. Andreas Christensen will replace either Antonio Rudiger or David Luiz in the centre of defence, while Marcos Alonso could return from injury to take the place of Emerson Palmieri.

Jorginho could get the nod over N’Golo Kante – with Mateo Kovacic replacing the Frenchman in midfield – and Ross Barkley is likely to be preferred to Ruben Loftus-Cheek.

Kepa Arrizabalaga should start ahead of Willy Caballero between the sticks, but the likes of Eden Hazard, Hudson-Odoi and Gonzalo Higuain will likely have to make do with a spot among the replacements.

Slavia will be without Tomas Soucek after the ever-present midfielder picked up his third yellow card of the competition in the second leg against Sevilla.

These two clubs will be meeting in a competitive encounter for the first time in their history. Chelsea are undefeated in six matches against opposition from the Czech Republic, with their most recent contest coming against Sparta Prague in the last 32 of this competition in 2013. Slavia Prague are facing English opposition for the first time since losing to Aston Villa in the UEFA Cup during the 2008-09 campaign. 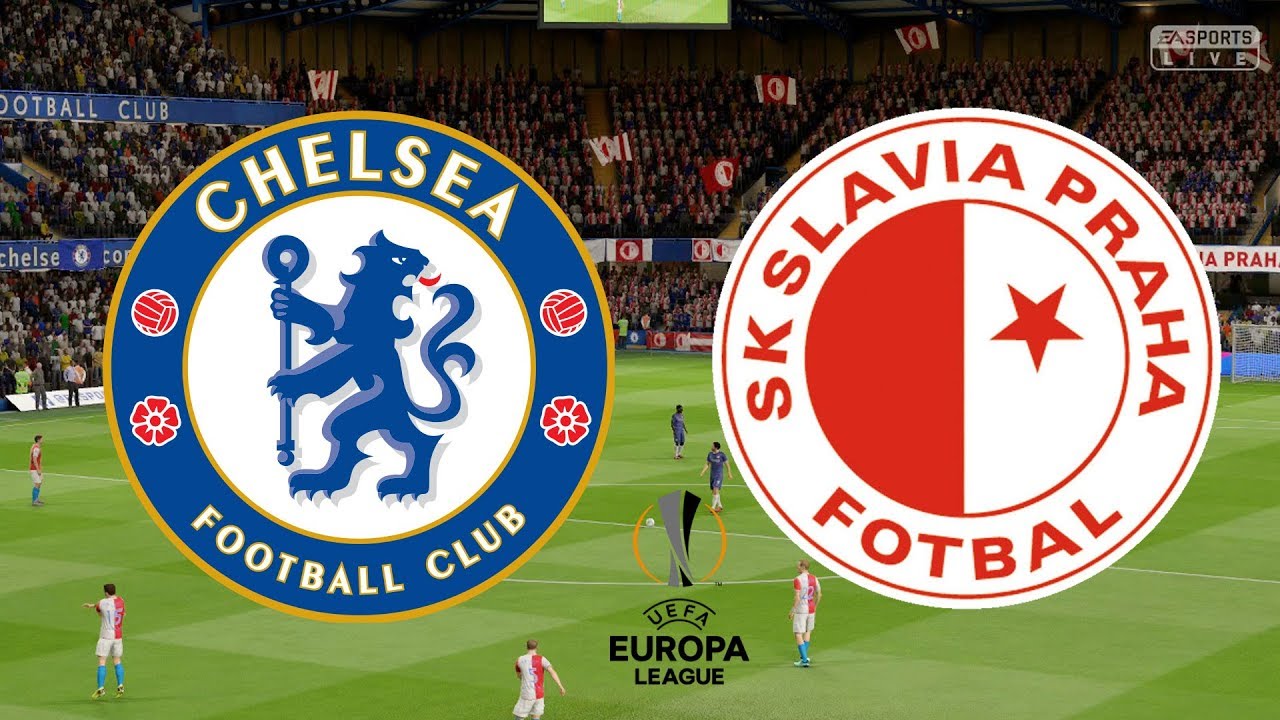 The Blues have turned in superb performances away to Malmo and Dynamo Kiev since escaping their group – another one should be on the cards this week.