Super Eagles full back Brian Idowu showed why he is important to the Lokomotiv Moscow team with a solid performance in the Russian Premier League on Saturday. The former Amkar Perm defender put up a superb shift in the slim 1-0 win for the Steam Locomotives. Moscow Derby is seen as a significant fixture to teams in Russia, with players eager to impress. Idowu was up to the task with an excellent contribution at the back. Idowu’s performance this season has seen him play in seven matches, even as he has impressed Coach Yury Semin. 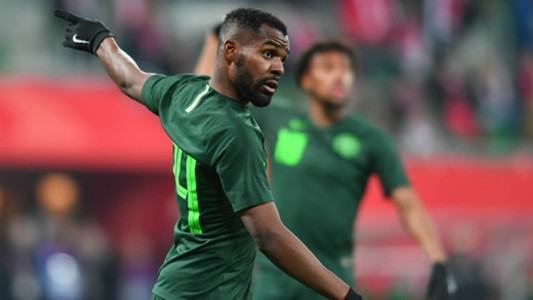 Nigeria’s talented striker Simeon “Simy” Tochukwu Nwankwo scored twice for Italian side Crotone to beat Carpi 2-1 at the Stadio Sandro Cabassi on Saturday. Simy, 26, has bagged five goals for Crotone in the last three Serie B matches. Overall he has netted 11 goals for his team in the Italian second tier this term. The big forward scored in each half to give the away side victory to ease their relegation woes.

He opened the scoring through a penalty in the the 25th minute. He extended his side’s lead after with a good effort which left goalkeeper stunned. With 22 minutes left on the clock, Fabrizio Poli reduced the tally but Giovanni Stroppa’s men held on for the victory. 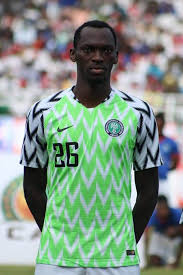 Simy joined Crotone from Gil Vicente in 2016, His immense contribution to Crotone’s fight against relegation has seen him linked with clubs in Belgium, France, Spain and Italy.