The El Tri of Mexico cruised to a comfortable 4-2 victory over South American counterpart Paraguay in an international friendly match on Tuesday, though the winners of the tie didn’t emerge from the encounter entirely unscathed. 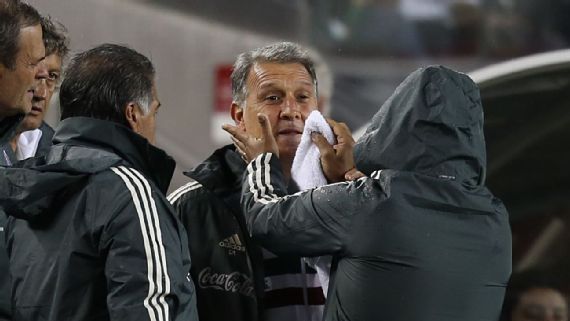 Mexico’s head coach and former Barcelona manager Gerardo “Tata” Martino ended the game nursing a war wound inflicted by the left boot of his opposite number, Paraguay coach Eduardo Berizzo. At one point, Berizzo kicked a loose ball that rolled over the touchline but unfortunately hit his shot directly into Martino’s face. 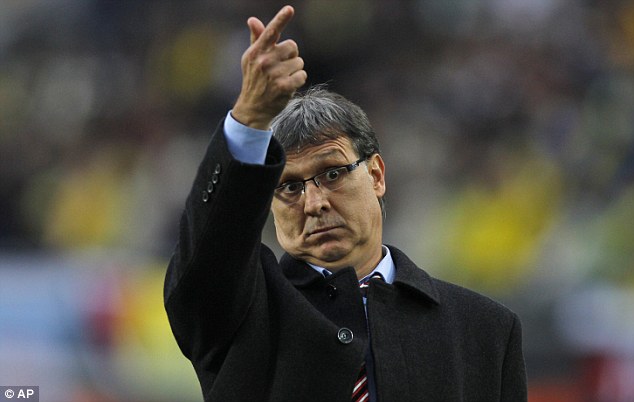 Martino had his glasses knocked off which then injured his face and got his nose bloodied, but thankfully no lasting damage was done. Indeed, he was able to make a joke of the incidence and was able to laugh it off after the final whistle.

“Yes, I am angry because he has a very good left foot and today he was spot on. Eduardo is an excellent person,” the Mexico boss said after the match.”

Tata Martino knows all about Berizzo’s deadly left foot as the pair were formerly teammates during their playing days, having both represented Newell’s Old Boys together alongside Argentina legend, Diego Armando Maradona.

It was only the second game for Martino in charge of the country and Mexico made it two wins from two under Gerardo Martino with an entertaining victory over Paraguay. Jonathan dos Santos ended his wait for a first international goal, scoring in Mexico’s 4-2 win over Paraguay in a friendly in California on Tuesday.

Dos Santos finally scored his first goal for Mexico after opening the scoring at Levi’s Stadium in his 40th appearance for his nation. Mexico claimed their victory on the back of a strong start after showing serious attacking intent from the kickoff.

There were quick fire doubles from Mexico as a  Gustavo Gomez own goal and Javier Hernandez strike following Dos Santos’ opener. Hernan Perez pulled a goal back for Paraguay in the second half before substitute Miguel Almiron’s red card, and Derlis Gonzalez’s effort gave them some hope. However, Luis Montes sealed Mexico’s win in additional time.

After a victory over South American giants Chile, Tata Martino decided to switch things up as he made 10 changes  in total to the starting 11 that began the game against Chile. The changes seemed to have no impact on Mexico as they made a dream start, scoring twice in the opening nine minutes. 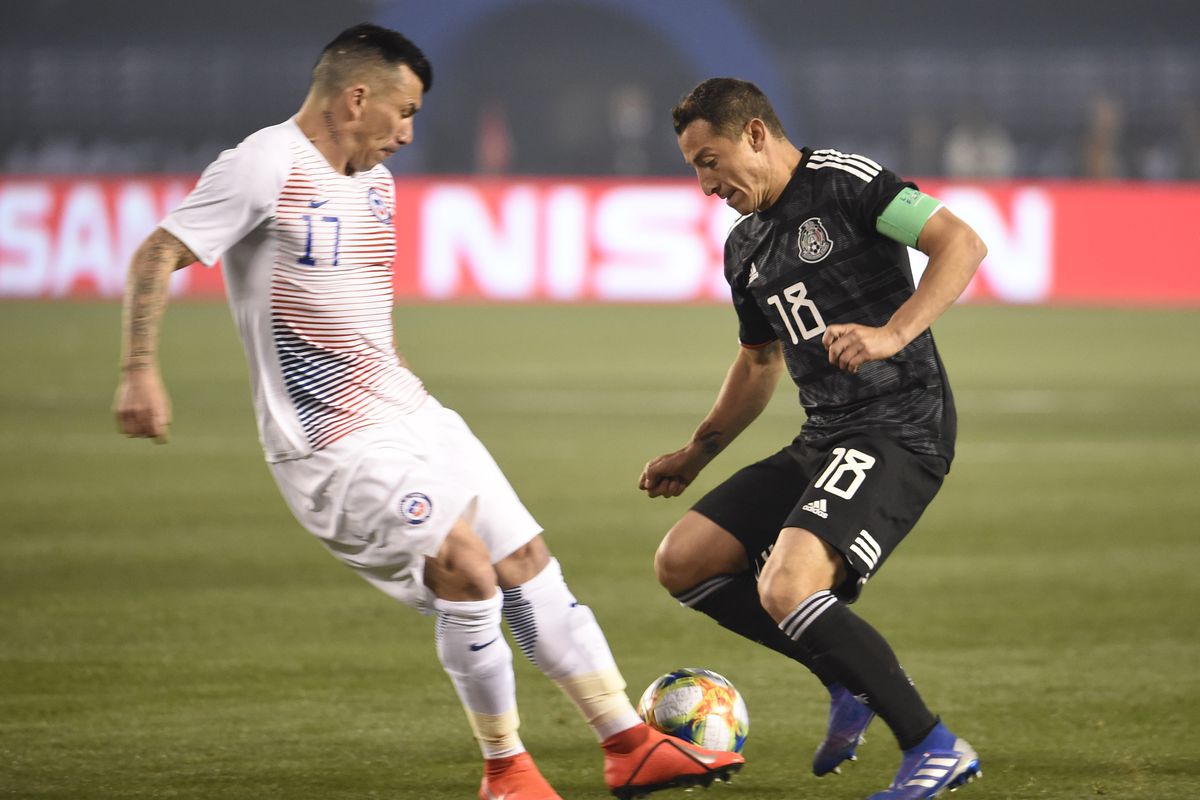 Do you think the opposition manager hit Tata’s face on purpose? Drop your comments below