Ivory Coast midfielder Cheick Doukoure is out for the rest of the season following a knee injury he sustained while playing with his club Levante against Real Madrid on Sunday. A substitute in his side’s 2-1 loss, the former Lorient and Metz player hurt his knee in a goalmouth scramble which resulted in a penalty in favour of Los Blancos. “The medical tests that Cheick Doukoure has undergone today confirm that the midfielder suffered an injury to the Anterior Cruciate Ligament of his left knee,” the club said on their website.

“This setback occurred in the incident that led the second penalty of Real Madrid and scored by Bale. Doukoure hit the air trying to clear the ball and landed on the ground with his left leg completely unbalanced. The result is that he suffered an injury to the Anterior Cruciate Ligament in his left knee.” The length of his layoff is not exactly known, however, the Ivorian FA has confirmed that Doukoure will ‘most likely’ miss the upcoming AFCON. 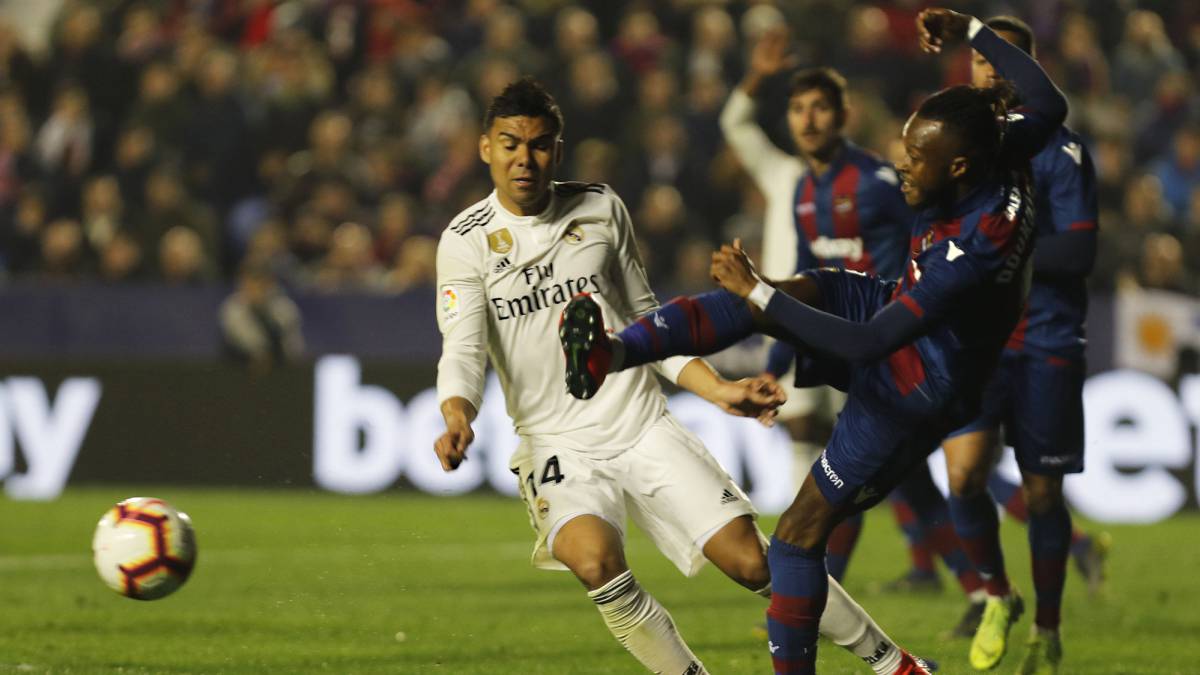 The former France youth international is not optimistic either going by his post on Twitter. “Lord only knows why… Thanks for all the support, don’t worry I’ll never give up. See you next season. There (is) always (the) worst than you. That’s what my mom taught me,”

He was a member of the Elephants squad that won the 2015 Afcon in Equatorial Guinea.