Barcelona legend Xavi has stated that Germany star Joshua Kimmich would fit perfectly at the Nou Camp. The versatile 23-year-old has established himself as first-choice right-back at Bundesliga champions Bayern Munich since moving from RB Leipzig in 2015, helping ease the impact of former Germany and Bayern captain Phillip Lahm’s retirement in 2017. And like Lahm, Kimmich can operate at full-back and in midfield, roles he grew into under the guidance of Pep Guardiola. 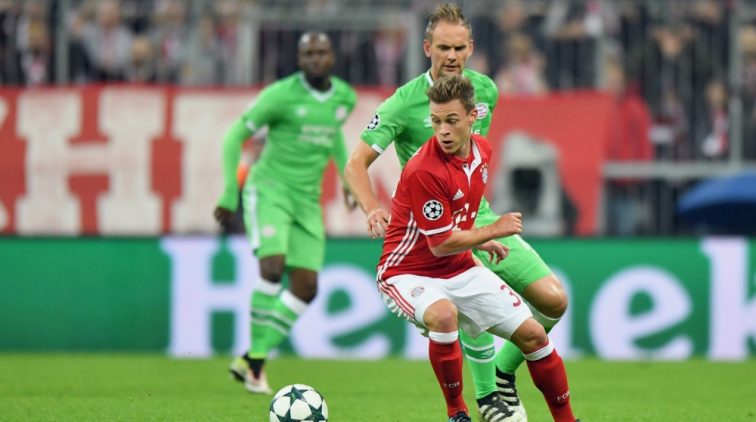 Kimmich has started all 17 of Bayern’s Bundesliga matches this season and has been an ever-present in their progression to the Champions League knockout stages. His importance to Bayern means they would be highly unlikely to sell, but Xavi says Kimmich would be a great acquisition for his former club Barca. “I spoke to Pep Guardiola, my ex-coach from Barcelona, about him,” Xavi told Sport Bild at a media day in Doha.

He said: “I had never heard of him before. [But] since that day, I have followed his career. Joshua is the present and future of Bayern and the German national team. And he can play in any position. He would be the perfect player for Barcelona. In my career, I have always kept my eyes open to find players who would suit Barca. As Philipp Lahm could, Joshua Kimmich without problems [could] play at Barcelona, that would fit well.”

What do you make of Xavi’s comment on Kimmich?