One of Europe’s most sought-after defenders, Matthijs de Ligt, is high on Barcelona’s radar for next summer and the player has admitted that he is similar to Gerard Pique. The Ajax centre-back is an admirer of the Catalan club’s style and may well end up partnering the former Spain defender next season. The young defender will definitely make the Barcelona faithfuls happy as he continues to draw a comparison with himself and Barcelona players and also comparing Ajax styke to that of the Catalans.

“I am similar to him [Pique],” the Dutchman told ELF Voetbal Magazine. “I like to carry the ball out from the back. “Defensively I am strong and, like Gerard, I also started as a midfielder.” 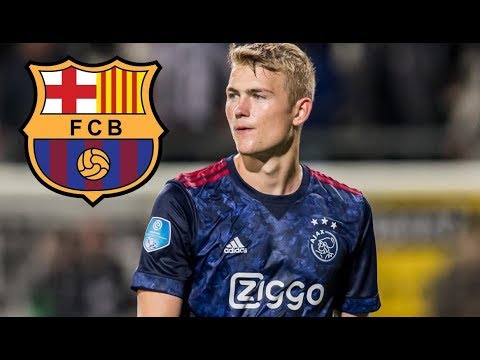 The 19-year-old Netherland international is on the transfer wish lists of many top clubs in Europe after producing a lot of top notch performance for both club and country and he sees similarities between his current team and prospective future employers.

“Ajax’s style of play is similar to Barcelona’s,” de Ligt continued.”High press, a high defensive line and a high level of ball possession.”

Should Barcelona go all out to get De Ligt bearing in mind that Ajax has set a huge amount on him?