Serie A: Ronaldo reveals what he said to Higuain after he was sent off

Juventus won 2-0 at San Siro against their historical rivals of AC Milan, with Mario Mandzukic giving the advantage with a great header after only 8 minutes. Cristiano Ronaldo closed the match at 81’ with a great goal.

Bad night for Gonzalo Higuain, who first misses a penalty, then is sent off by the referee Mazzoleni. Good match played by all Juventus squad, with Szczesny really sly during the penalty. Gattuso still has much to work on his Milan.

After the game Ronaldo revealed to reporter what he said to Higuain after he was sent off as he was so angry after being booked for a challenge on Medhi Benatia.
Cristiano Ronaldo talks to reporters after AC Milan-Juventus: “The Italian? I’ll learn it in 6 months (laughs, ed) I’m very happy for the goal but especially for the game played against a very difficult opponent.” 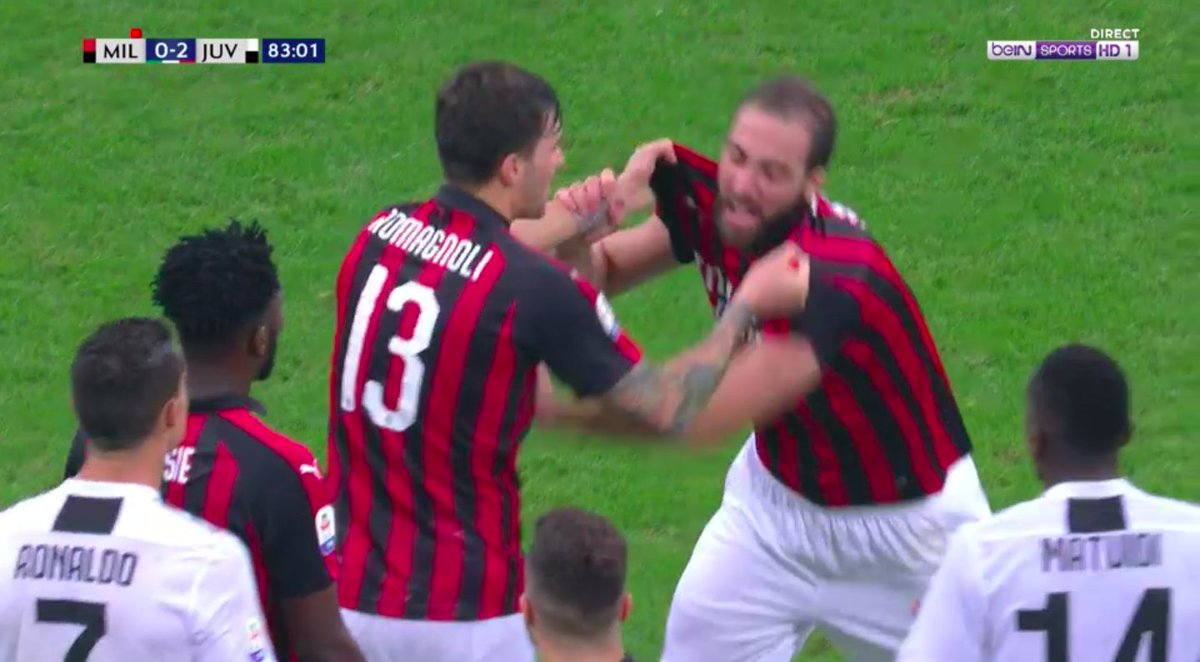 “I did not know it was important to win because Napoli won yesterday, I’m happy to help the Juventus team and family Higuain, I told him not to exagerate, because he risked having a more serious penalty. But he doesn’t deserve to be punished, he did nothing”.

Juventus have won 10 of their last 11 Serie A games against AC Milan (L1), as many as they had won over their previous 29 league meetings with the Rossoneri. Since 2010/11 when they won their last league title, AC Milan have lost five of their eight home league games against Juventus (W2 D1). 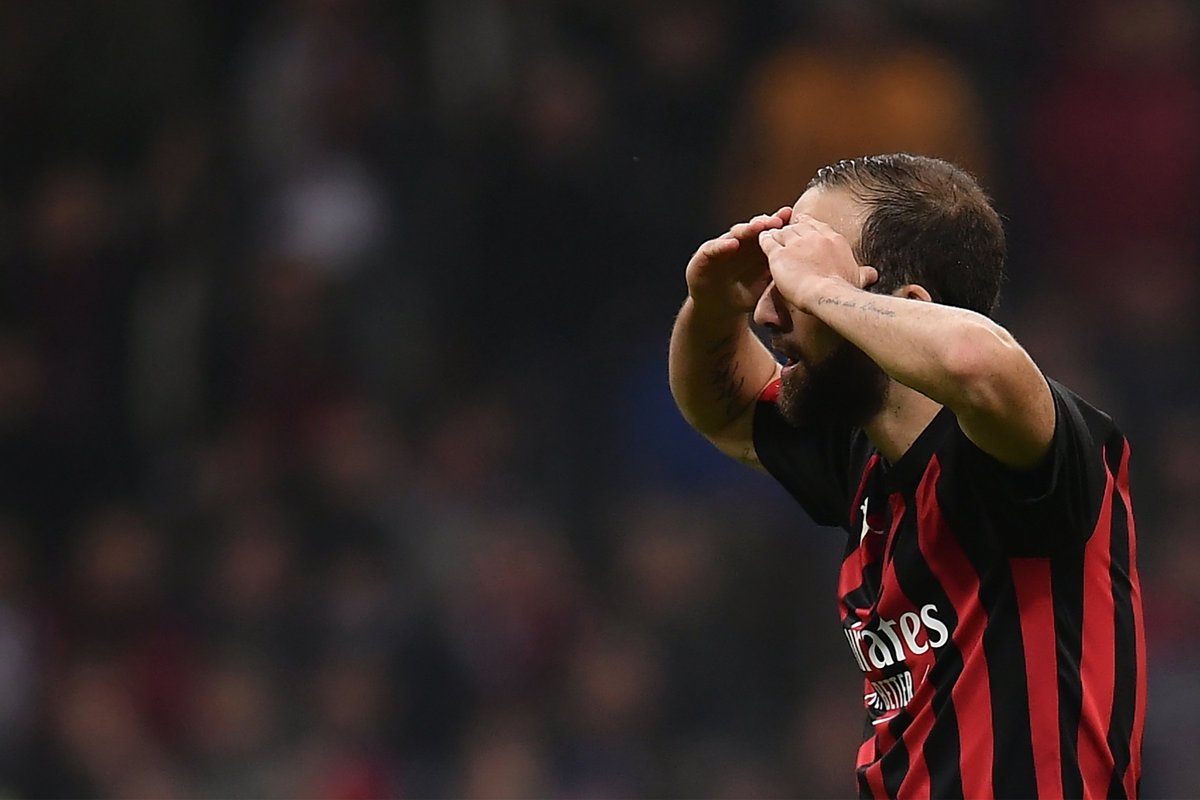 AC Milan have won 49 games in Serie A against Juventus – more than any other side. However, their last win over them came back in October 2016. AC Milan are currently enjoying a run of three consecutive league wins, their best such streak since March (five wins in a row).

Last weekend, AC Milan kept their first league clean sheet of 2018-19 – the last time they managed to keep consecutive clean sheets in the league was back in March. Juventus are the only team still unbeaten away from home in all competitions across Europe’s top-5 leagues in 2018 (W12 D3).

Did Higuain deserve to be sent off in the game? Share your view at the comment box