Lionel Messi scored twice on his return to the Barcelona starting line up but it wasn’t enough as Real Betis flipped the script to take a stunning 4-3 victory over the La Liga leaders in what was an entertaining game.  The result also means Lionel Messi has suffered defeat for the first time in his Barcelona career after bagging a brace. The Argentine is accustomed to being the man charged with the task of providing an attacking spark for the Blaugrana. 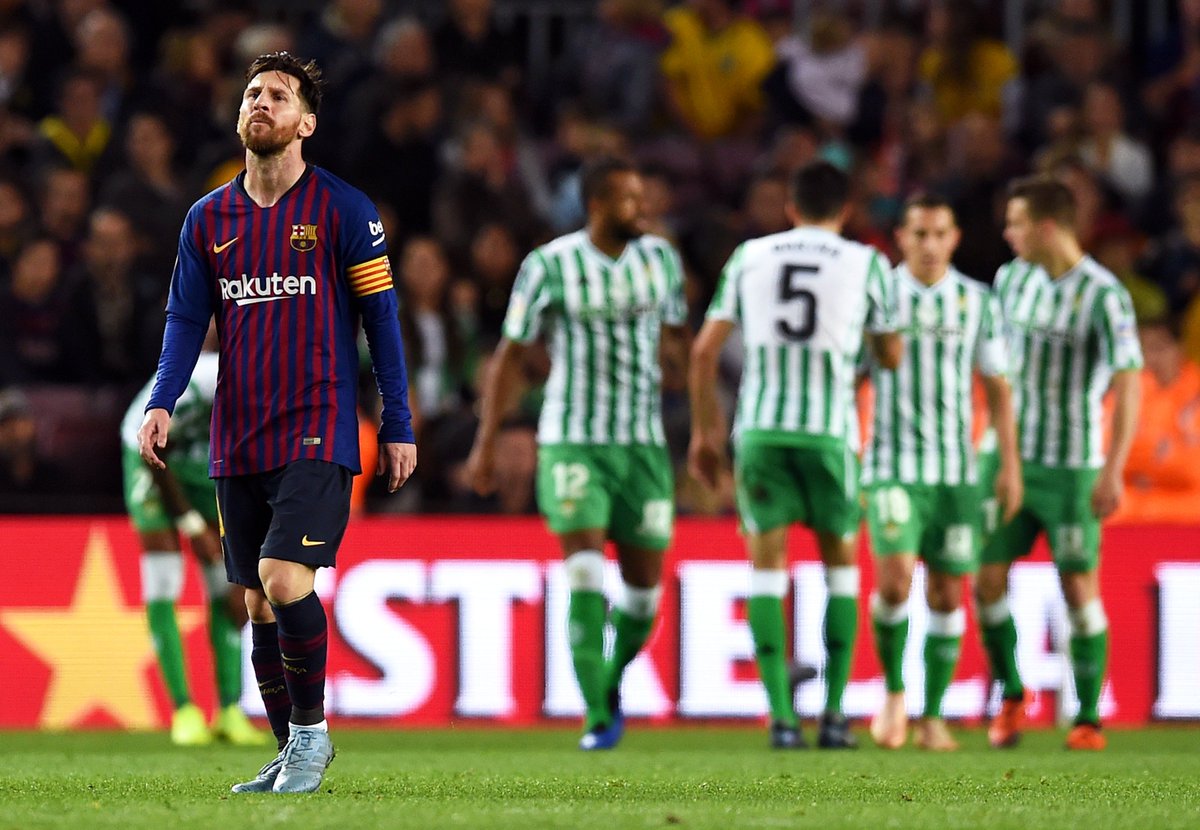 He is, however, not used to being left empty-handed when delivering on his side of the deal.
Messi certainly did his bit for the Barca cause in their most recent outing against Real Betis, with the 31-year-old returning to action after recovering from a broken arm. He was thrust straight back into Ernesto Valverde’s starting XI, and netted twice in a thrilling contest at Camp Nou. His efforts ultimately counted for nothing, though, as Barca ended up on the wrong end of a shock 4-3 scoreline. 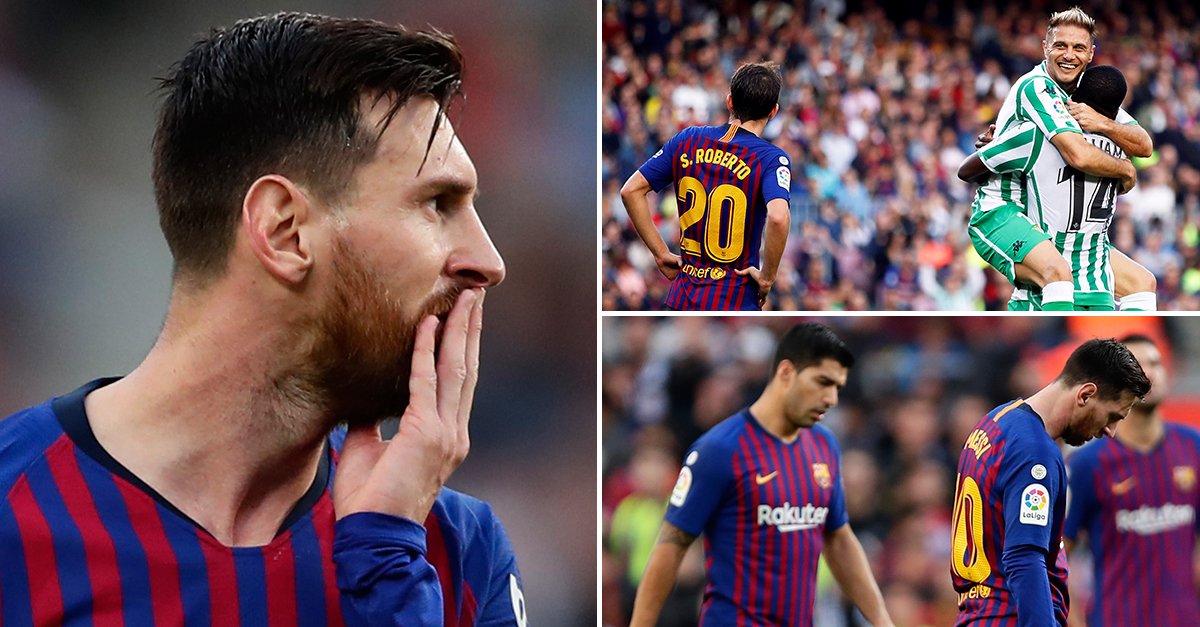 Messi recorded his first strike of the day from the penalty spot in the 68th minute, helping to half Betis’ advantage at that stage. The visitors were, however, to net on two more occasions before Messi – after seeing Arturo Vidal find the target and Ivan Rakitic shown a red card – grabbed his second in stoppage-time.

That contribution proved to be scant consolation for Barca as they failed to take anything from a game in which their mercurial skipper netted twice for the very first time.
While Barca were unable to build on the efforts of their captain, Messi is enjoying another productive campaign on an individual level. 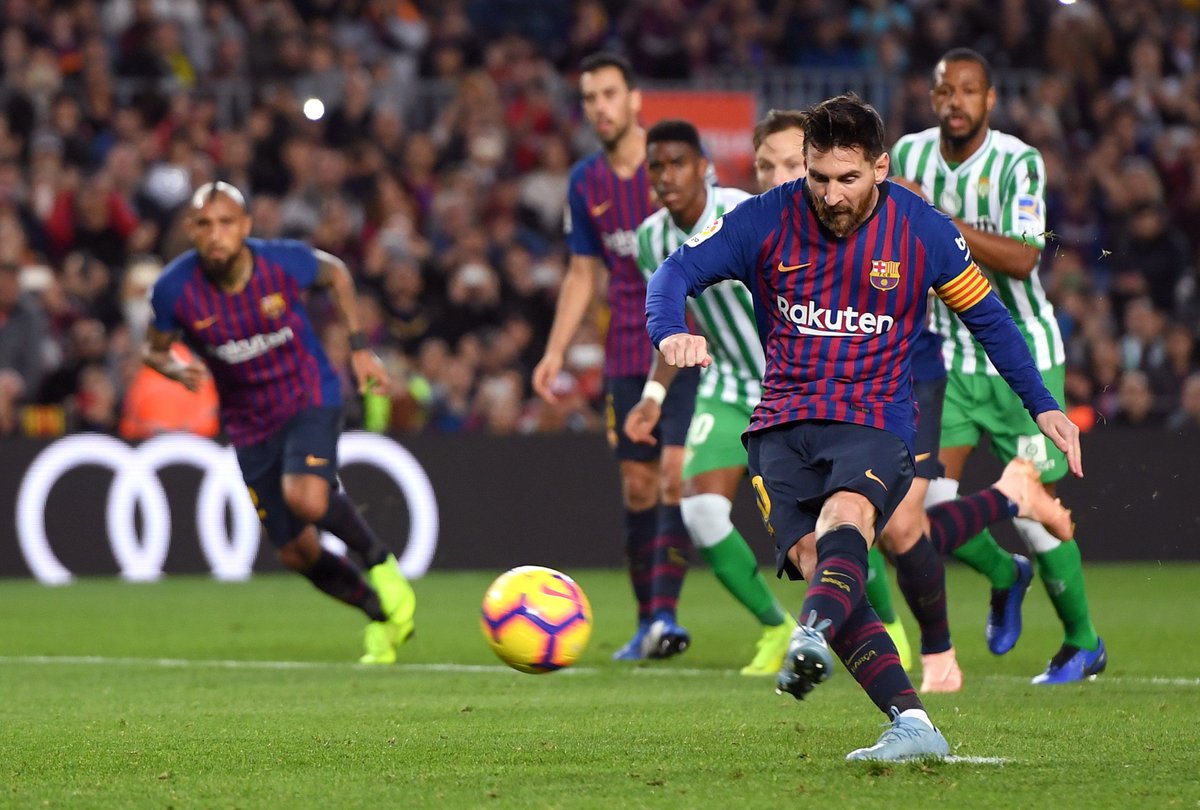 His double against Betis means that he now has nine La Liga efforts to his name, with that return enough to have him sat alongside club colleague Luis Suarez at the top of the scoring charts. He has 14 goals across all competitions in 2018-19, from just 13 outings, while his overall tally during a record-setting spell in Catalunya stands at 566 in 650 appearances.