5 of the strongest war vehicles of all time

Winning a battle needs more than forces and tactics. Vehicles play a vital role too. These 5 of the strongest war vehicles of all time might help turn any war on its head.

Vehicles have different purposes. To most regular people, a vehicle is valued based on its ability to transport people from place to place in comfort and in style; at the very least.

In this article, however, we would examine another group of vehicles with a different calling. These vehicles, would also transport people and goods from place to place and do more – They are built for defense; built to fight and protect their occupants.

It should also be mentioned that we are discussing vehicles, meaning that they actually move and are not stationary. They are also valued based on how much lives they can protect in war and how useful they are in launching offensives at the enemy.

Without further ado, let’s delve into the strongest war vehicles of all time, collected by NaijAuto. 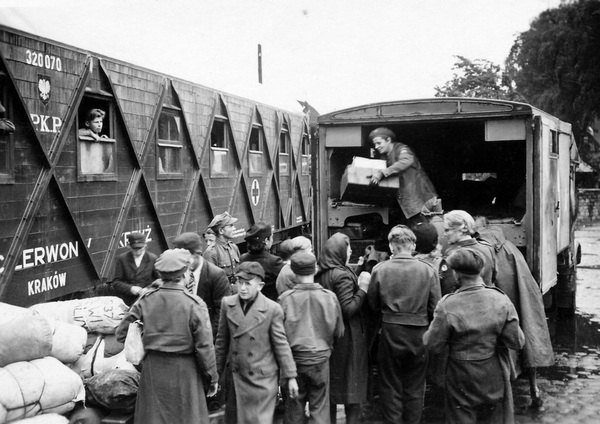 At the top of this list is this huge, sturdy-as-a-rock vehicle that is pretty much the best place to stay when there is trouble.

Let me convince you: First, it is manufactured by Mega Engineering Aerospace and Defence, which is one of the top tier firms when it comes to designing hi-tech vehicles used in warfare. 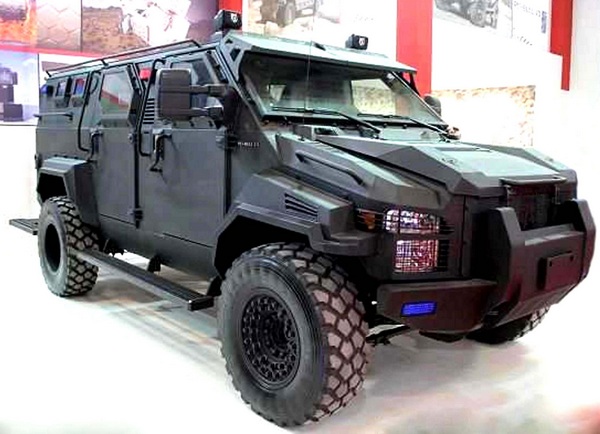 Looking like a normal armoured vehicle, the Ranger 2 holds great ability inside

The Ranger 2 can be mounted on a 4×4 or 6×6 chassis. Perhaps one of its most unique features is its modular arrangement which allows easy power transmission to the wheels, eliminating the need for oil, which in turn reduces maintenance costs and increases efficiency. It conventionally has its engine in front, crew section in the centre and a compartment for the troops behind. If you are looking for a vehicle that can go over any terrain with minimal difficulty, this 10,000 kg advanced armored steel vehicle is the one you are looking for. It has a decent operational range of about 450 miles and can move at speeds of 75 mph. It runs on diesel and generates 450 horsepower and yes, it is turbocharged!

It is also very flexible; remember it has a modular design and so can be custom-equipped for specific missions.

The Ranger 2 easily qualifies as the ideal strongest war vehicle of all time!

This vehicle was named after Omar Bradly, a World War II General. It is manufactured by BAE Systems Land and Armaments and belongs to the Bradley fighting vehicle family. The U.S Army started using the M2 Bradley in 1981.  It was uniquely designed to carry a six-man infantry into the battlefield, protecting them from gunfire and also launching attacks on enemy tanks in the process. 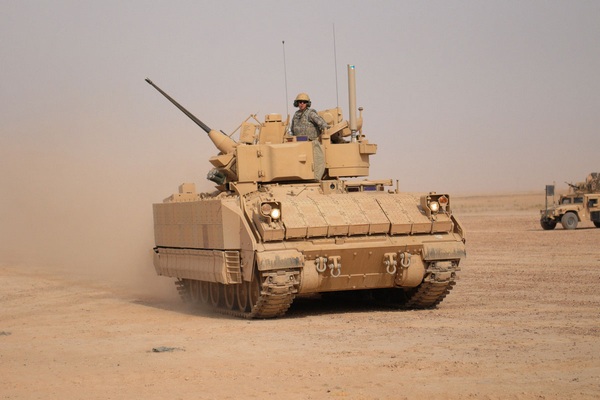 What a war vehicle needs, the M2 Bradley provides

You can think of it as a utility vehicle. The M2 Bradley played a very vital role in the Persian Gulf war, the Iraqi war and the Battle of 73 Easting, among others. One of the notable things about this vehicle is that it was able to keep many of its occupants alive, even if it was destroyed in battle. The reason for this is not far-fetched: smoke grenade dischargers, welded aluminum hull, and spaced laminate armor. It also uses the ATK ammunition system (a 25mm M242 Bushmaster chain gun) as its main offensive weapon. It has an anti-tank missile with a range of 3.75km.. so you know we are not here to joke with this vehicle.

It also has an armor against Improvised Explosive Devices (IED) which gives a lot of problems on the battlefield.

Did I also mention that it is amphibious? Oh yes, it can ‘walk’ on water, attaining a speed of 7.2km/hr. The M2 Bradley is simply a legend in its class

When we talk about full protection, the Cougar MRAP provides it. As a Mine Resistant Ambush Protected Vehicle, the cougar is built to be resistant to gunfire and Improvised Explosive Devices (IEDs) on the battlefield. The huge monstrosity has received massive patronage from several countries as a result of its reliability in carrying infantry troops on the battlefields, being able to deflect blasts away as a result of its v-shaped hull and can be optionally fitted with defense against nuclear, biological and chemical attacks (NBC systems). 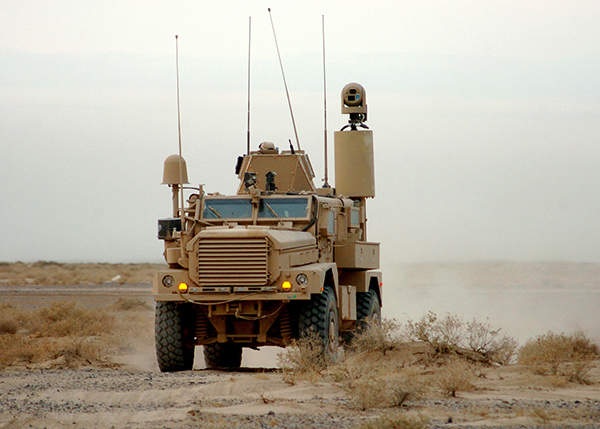 The cougar can be fitted with a machine gun or grenade launcher attack. It runs on a 330 hp engine and has an operational range of 675 km with a top speed of 104km/hr. The Cougar MRAP has joined hands in several wars, including the Iraqi wars, in Afghanistan; people rarely die in the Cougar!

This name alone tells you that this vehicle is a beast. It is manufactured by the Paramount group in South Arica and has been described as one of the best in its class. It was originally designed for peacekeeping missions and patrols due to its self-protection specifications which include bullet-proof windows, resistance to Improvised Explosive devices, a double-skinned hull to protect against projectiles as well as protection under every wheel. 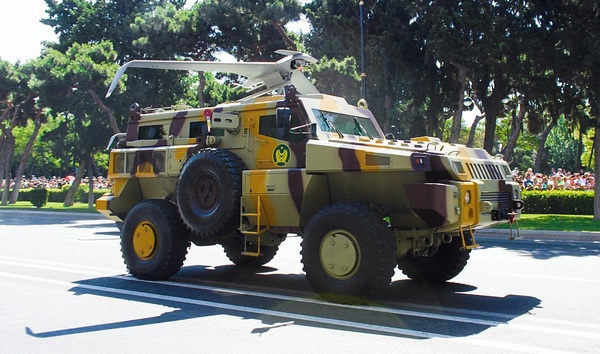 Its high payload capacity allows it to be fitted with canon weapons, machine guns and missile launchers for offense. Running on a 300 hp engine, it moves at a speed of 100km/hr and a maximum range of 700 km. When the going gets tough, the Marauder is the vehicle to lead the tour!

The Humvee is an icon of the military and is one of the most popular vehicles around. It was designed to transport light cargo and personnel behind the front lines; it was not designed to be a frontline fighting vehicle although eventually was used in combat. The Humvee is loved because of its easy maneuverability and reliability. It was able to go through difficult terrains with ease. It participated in the US invasion of Panama in 1989, the Gulf wars, the battle of Mogadishu, the Afghanistan war and the Iraqi war. 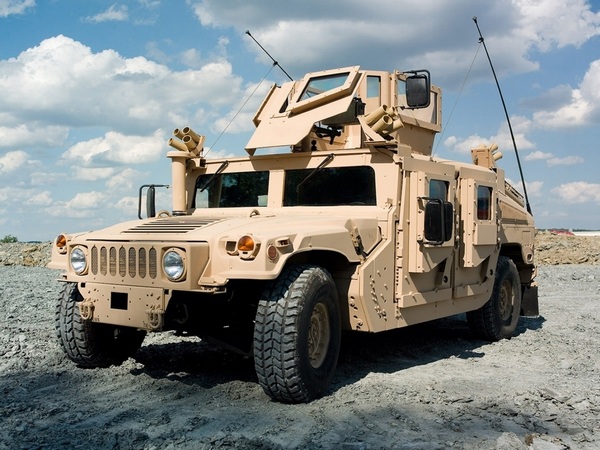 Humvee has been always a big name in producing war vehicles

It has a really impressive Curriculum Vitae, if you ask me. It is, therefore, no surprise that it is an iconic vehicle. If its functions have been taken over by other vehicles like the Cougar, but it still remains one of the most reliable and easy-to-handle vehicles of its era.

While you might not be able to cruise routinely in any of 5 of the strongest war vehicles, you can admire and appreciate their specs and the roles they played in ensuring peace in various regions of the world.