A photo of a mentally unstable woman who gives birth to twins has become a growing sensation and had a lot of people talking after it was shared by a concerned Nigerian on social media. 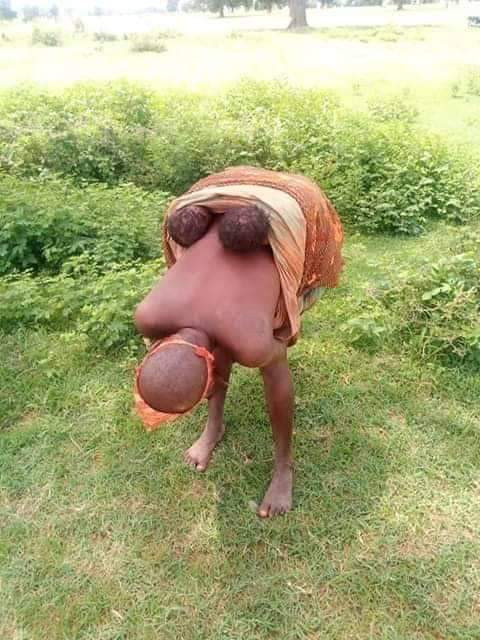 The photo has sparked something of mixed reactions as many were shocked as to how a mentally ill woman who was said to be heavily pregnant and went into labour after spending 9 months on her own, without any sort of medical care or attention given to her. 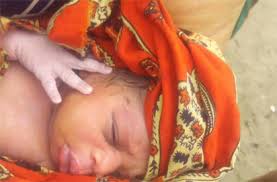 According to Lindaikeji, it was gathered that the woman gave birth to the babies in a bush in Malumfashin Local Government Area of Katsina State. No one knows who got her pregnant. A good Samaritan had seen her struggling with labour pains, called nursing mothers around as they helped the expecting mother despite her mental instability through labour.

This kind women had also helped her with some baby clothes and food as the dropped her at the local government health centre in Kastina.  The women had pleaded that the state government Katsina extend a helping hand to the mentally challenged woman who recently gave birth to twins boys since she’s not mentally stable to cater to them.

#Mentally Unstable Woman Who Gaves Birth To Twins In a Bush2