Meet Nigerian Twins, One Is Albino, The Other Is Dark (Photos)

The video of two twin brothers, were Taiwo grew up with albinism, while his twin Kehinde did not have the condition has become a growing sensation. Watch video below;

"I got scared. How would I explain my fair-skinned child?"

Taiwo grew up with albinism, while his twin Kehinde did not have the condition. The Nigerian twins and their mother shared the challenges of living in a society where people with albinism are often discriminated against. pic.twitter.com/bOuZlAOo1s

According to the video by BBC, the Nigerian twins and their mother shared an insight and the challenges of living in a society where people with albinism are often discriminated against. 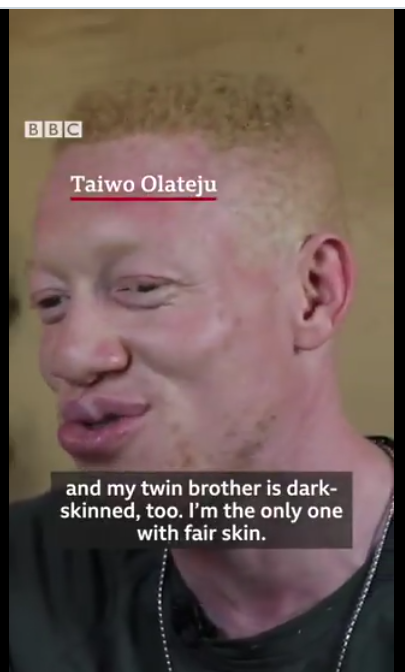 ”Growing up with albinism was confusing for me, because both my mother and father are dark -skinned, and my twin brother is dark skinned, too. I’m the only one with fair skin.” – the fair twin says. 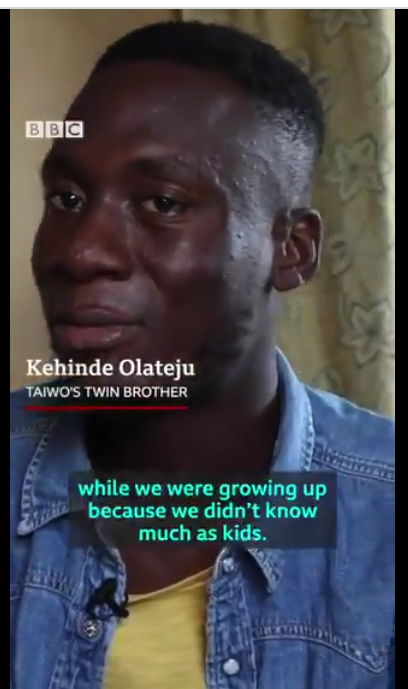 The mother of the boys recounts on what her experiences was like when she was pregnant with the boys and how the family had reacted initially when the boys were born. She said, ”When i was pregnant, we didn’t know we were expecting twins until the scan revealed it. However, the scans couldn’t reveal if one was albino and the other dark-skinned. During delivery, the baby with albinism came out first and i got scared. How would i explain my fair-skinned child?” 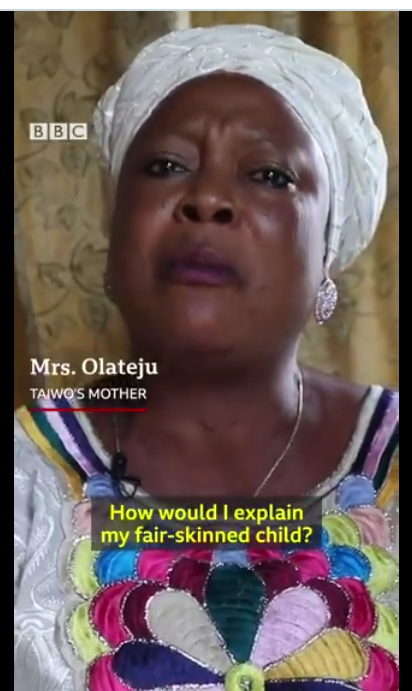 The twin talked about their experiences growing up and challenges they had to endure because of their skin colour.

One of the twin, said; Honestly, i didn’t see him as being different while we were growing up because we didn’t know much as kids.However ,as we grew older,it became obvious to me that he doest’ have the same skin like mine. That’s when i realised that we’re different in some ways. ” See reactions from people; 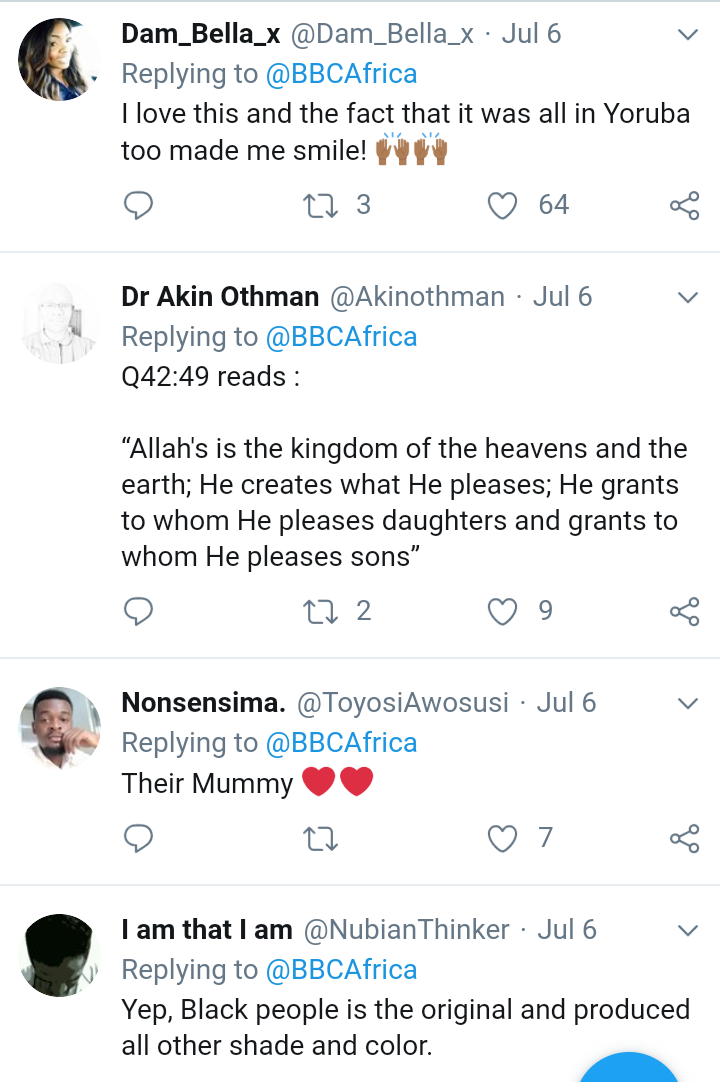 ”Back then in school, i used to sit at the front of the classroom, because i could barely see what was written on the board.I used to stand and move closer to the board and write while standing. Some other students in the class would shout at me to move away. I really faced alot of challenges Sometimes people shouted at me. As a child, those things infuriated and made me unhappy It got to a pount where i contemplated suicide..” -the fair twin revealed.