Popular Côte d’Ivoire singer and actress, Eudoxie Yao stormed Paris where she has been performing on stages as her fans go gaga. Known as one of Africa artist with the largest backside,  Eudoxie Yao  turns tourist attraction as fans struggle to take selfies with her. Watch the video and see more photos after the cut.

According to the trending video which has become viral , the African artiste and celebrity with the ‘biggest natural backside and hips’ was seen the streets of Paris with her fans struggling to take pictures, selfies with the endowed artiste.  She stormed Paris after performing in Italy. 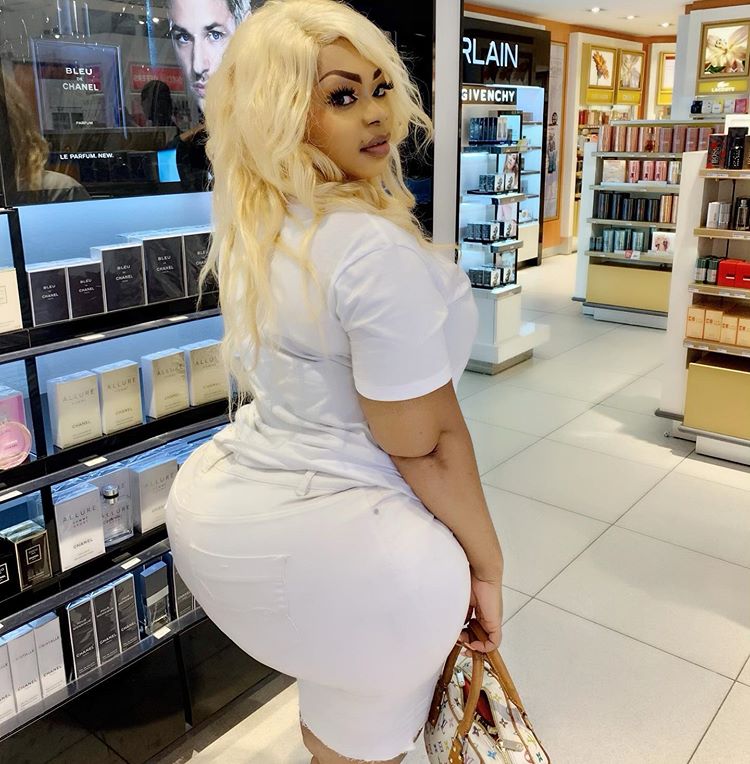 Dubbed as the African Kim Kardashian, Eudoxie Yao claims to have the biggest celebrity natural backside in Africa. 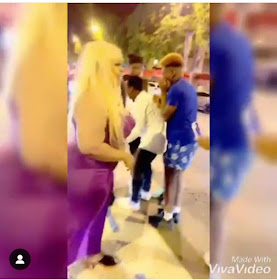 Yao who revealed that she’s never had knife work and that folks in her family got bigger butts than hers. Boasting a 60-inch backside, Yao claims her round rump is official tissue and never gone under the knife. 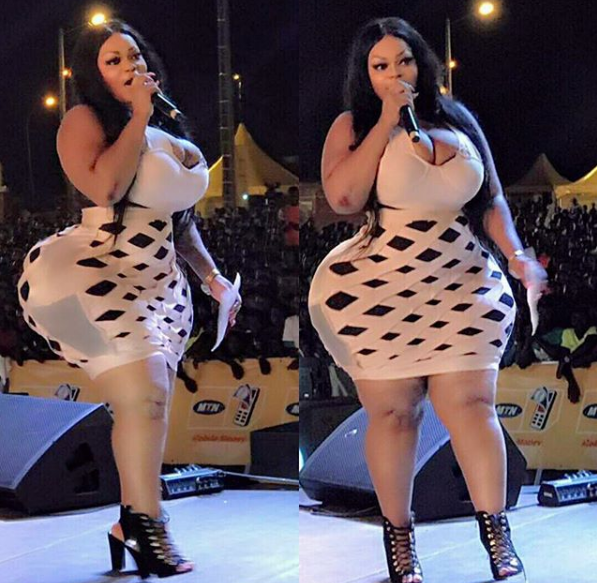 The bootylicious lady who recently celebrated her birthday on the 14th of June 2019, took to her social media account to share some swimming pool photos to mark her birthday. 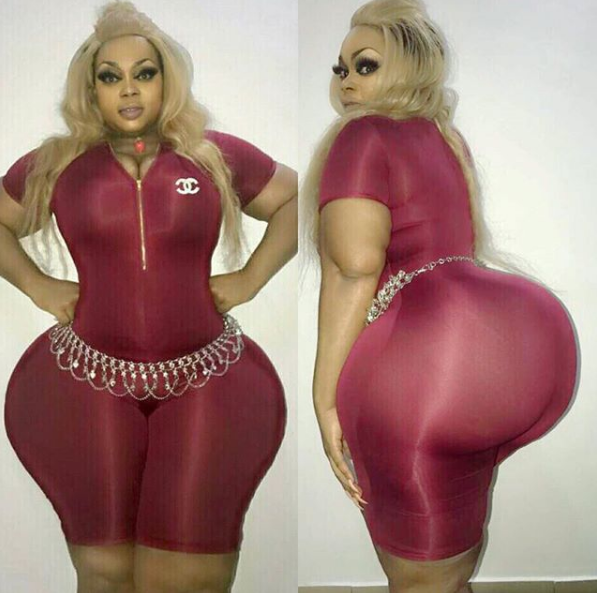 The Daily Mail  profiled Yao over the weekend via video which shows the curvy social media star walking through her hometown of Abidjan, causing people to stop and stare in the street. Yao explained to the outlet that in her family, big butts is part of the gene pool and that others in her family have larger booties than hers. The model, who doesn’t want to disclose her age, weighs 209lbs (14st 9lbs) and has got no desire to go on a diet and slim down her magnificent measurements.

And she’s even been branded Africa’s answer to her reality TV idol Kim Kardashian, whose success she hopes to emulate.

‘Someone who I’m a fan of is Kim Kardashian. I like her dress sense,’ she explained. ‘I’ve been compared to her, and what she does. She’s definitely my role model. ‘I’ve never had cosmetic surgery. Never, never, never in my life. I’ve always been like this. My elders have bigger bums than me. It’s always been natural. Via her backup Instagram page, Yao says the network shut down her page that had well over 450,000 followers and hopes to get it reinstated. It’s a shame the haters couldn’t let her live.