After over 9 months of production, Reach A Hand Uganda (RAHU) in conjunction Emmanuel Ikubese Films has released the roadmap for ‘Kyaddala — It’s Real’, long-awaited Pan African edutainment TV show that will target young people from across the continent.

The TV series will be premiered on 27th of September 2019, and it features top actors and actresses from Uganda, Kenya, Rwanda, and Nigeria. The series depicts issues facing young people through a rich storyline that rotates on themes like life skills empowerment for young people (covering education, livelihoods and women empowerment), HIV and its impact on young people, Teenage pregnancy among others. 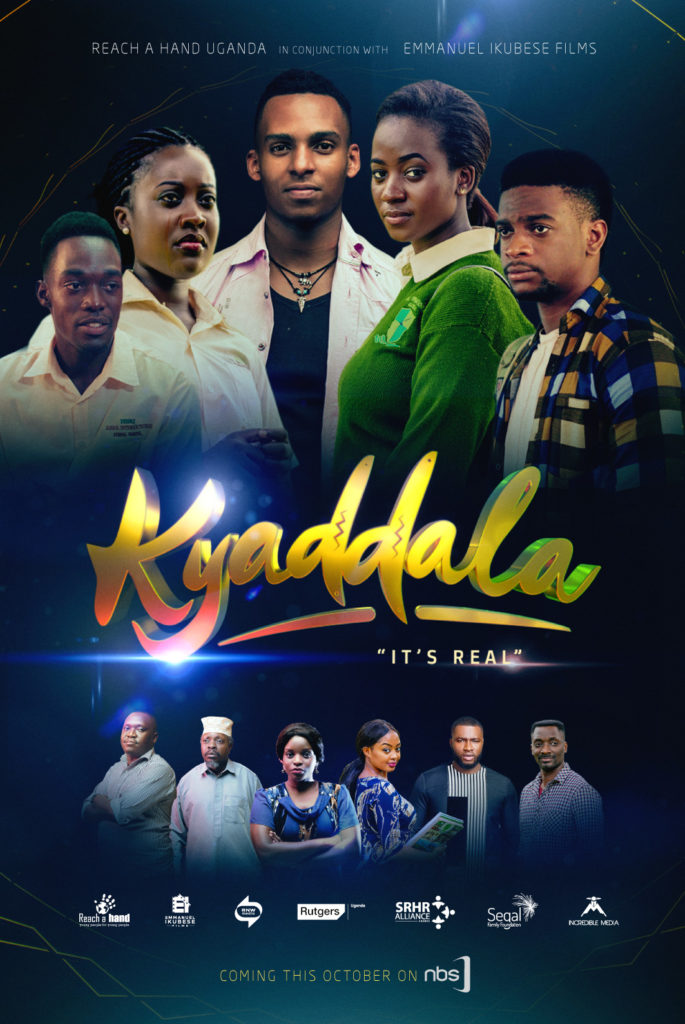 “Edutainment is one of our strongest channels of communication to young people. We continuously innovate on how we impact change in a language that our target audience understand and Kyaddala is another way that we look forward to creating more impact.” Humphrey Nabimanya, the Team Leader & Founder of Reach A Hand Uganda said.

The TV series is expected to be aired on NBS Television in October and other international platforms that will see it expand to more young people on the African continent since the challenges that it addresses, are familiar to what many of them face across the continent.

“I have been a peer educator, motivational speaker, an actor and I have used my talent to be a champion among my peers. Through my acting career life, I have taken up responsibilities like Femi in the award-winning TV show MTV Shuga that focuses on HIV and young people. I have used this platform to impact very many young people and I can’t wait to do the same with Kyaddala: It’s real this time round in Uganda but going continental.” Emmanuel Ikubese, the director and executive producer of ‘Kyaddala – It’s real’ stated.

Shot and directed in Kampala, Uganda, Kyaddala brings out risky behaviours , society’s role, and the uphill climb to address the challenges to light through the storyline and characters as elucidated in the 5 main characters Wonny, Eze, Kalungi, Umutoni, and Shamim. The series highlights how young people deal with each of these challenges, based on the limited information they receive from both home and school.

The cast comprises of 28 actors and actresses who were successful after auditions that attracted over 187 emerging and seasoned actors and actresses. Some of the actors and actresses include Martha Kay, Salvador Idring, Harmonie Kyomugisha, Eleanor and Mathew Nabwiso, Anita Fabiola, Kevin Wanjiru (Kenya), Stephen Katusiime, Emmanuel Ikubese and Olumide Oniru (from Nigeria).
Kyaddala, Its Real: Season 1 (Official Trailer)
filmmakersKyaddalaNollywood