Trouble seems to be brewing between Davido’s pregnant girlfriend, and one of his babymamas, Sophia Momodu.

Recall that earlier, Sophia Momodu shared a cryptic message on her Insta story in which she stated that she wished she could single-handedly be the father and mother of her daughter, Imade who is also Davido’s first child. 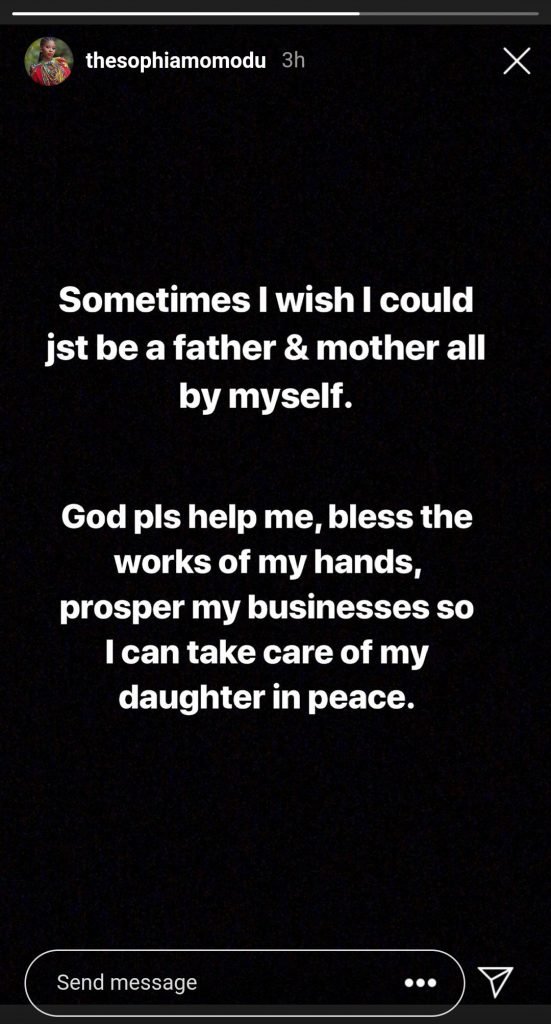 According to reports, Sophia Momodu sent the cryptic message because she was angry over the fact that Chioma has been preventing Davido from sending money to her. This ‘act’ has affected her business negatively as she has not been able to generate as much income as she would have liked.

To express her anger, it has been claimed that Sophia Momodu has been attacking Chioma with a fake account.

Davido who has weighed in on the matter seems to also be of the opinion that Sophia Momodu is behind the account. In a cryptic pose shared, he allegedly dared her to send the attacks from her own account if she had the ‘balls’ to face Chioma. 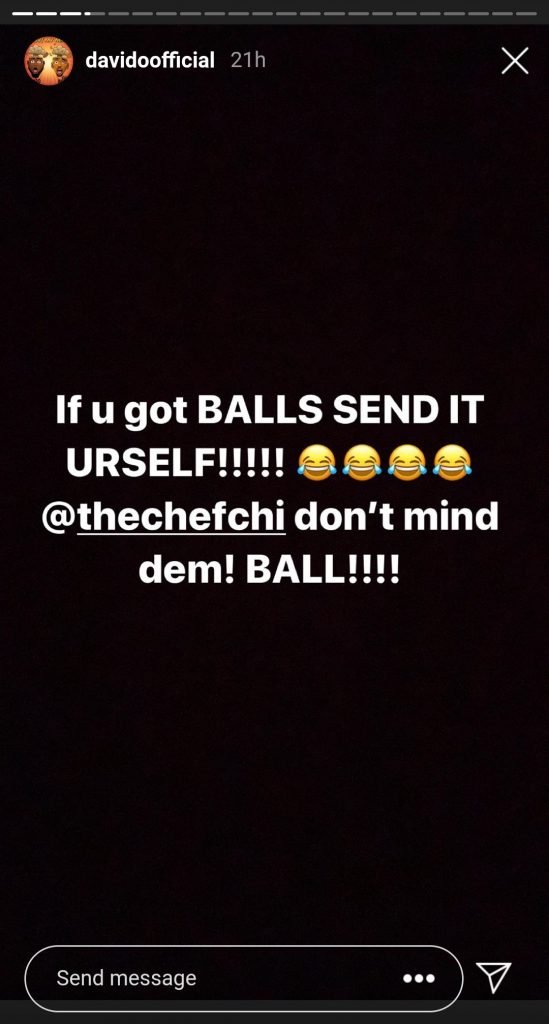 Chioma, who is said to be heavily pregnant simply addressed the situation by saying she is not responsible for whatever misfortune Sophia Momodu might be facing and shouldn’t be blamed for it.