Nollywood actress, Destiny Etiko is super excited as she has just become the proud owner of a brand new Mercedes Benz which she claims is a birthday gift. 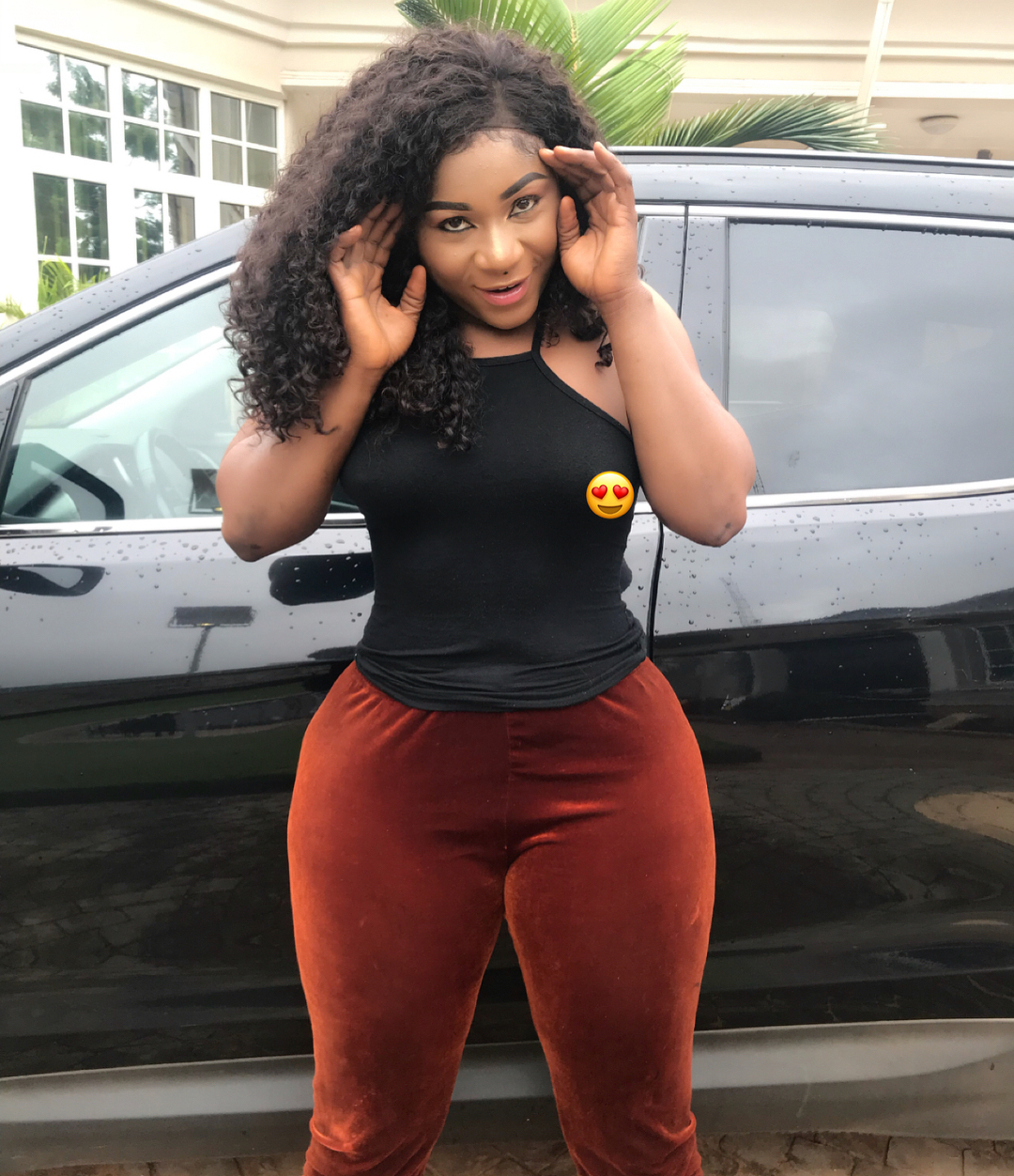 Whoever says hard work doesn’t pay, wasn’t talking about Destiny Etiko. The curvy Nollywood star takes her acting career seriously and as a result, has gotten a brand new Mercedes Benz as a birthday gift. She posted a video of the white car on her Instagram page as she turned a year older on Monday, August 12.

Destiny Etiko is an actress, Scriptwriter, TV personality and a model born on August 12, 1994. The young actress hails from Enugu State from Udi Local Government precisely. She joined the Nollywood industry in 2012, where she passed the due procedures by registering with the AGN (Actors Guide of Nigeria) Enugu Branch.

She grew up in Enugu State where she was trained for her primary and Secondary Education before moving to Anambra state to complete her Tertiary Education. Destiny Etiko saw her limelight after she featured in Ernest Obi’s mindset blockbuster movie titled “Idemili” a movie directed by Ernest Obi and produced by Onye-Eze Productions. She was nominated in 2014 for Best Promising Actress in Nigeria at the City People Entertainment Award. This young lady can act in Igbo and English; she is versatile and has created a good niche for herself that got her attracted to movie producers and directors in Nollywood.