Popular Nigerian entertainer, Tunde Ednut brought out all his verbal guns as he attacked a young lady on social media. He was really extreme,  and he was basically using a hammer to kill a fly. The lady identified as Trina Joness on Instagram must have received a huge shock after Tunde Ednut reacted to a comment she left on his page.

The singer who is prominent on his Instagram page for his constant giveaways and entertainment gossip, shared a series of post on top 10 celebrity count down. However, the lady felt it was unfair that Don Jazzy’s song, All Is In Order got the number 1 spot and so she voiced it out in the comment section.

She claimed that the entertainer deleted her comment, slid in her dm to insult her and ended up blocking her.

Maybe the entertainer was so upset because of his affiliated with the Mavin Boss, as Don Jazzy mentioned his name in a one minute vote of thanks video in 2018.

Prolific music producer and Mavin label boss, Don Jazzy, recently took to social media via his Instagram page to share the list of people that have inspired him in the past 12 months. According to him, he was put up to the task by a friend who asked him to make a one minute video on people that inspired him in 2018. The entertainer mentioned some names as he explained why they made the list. 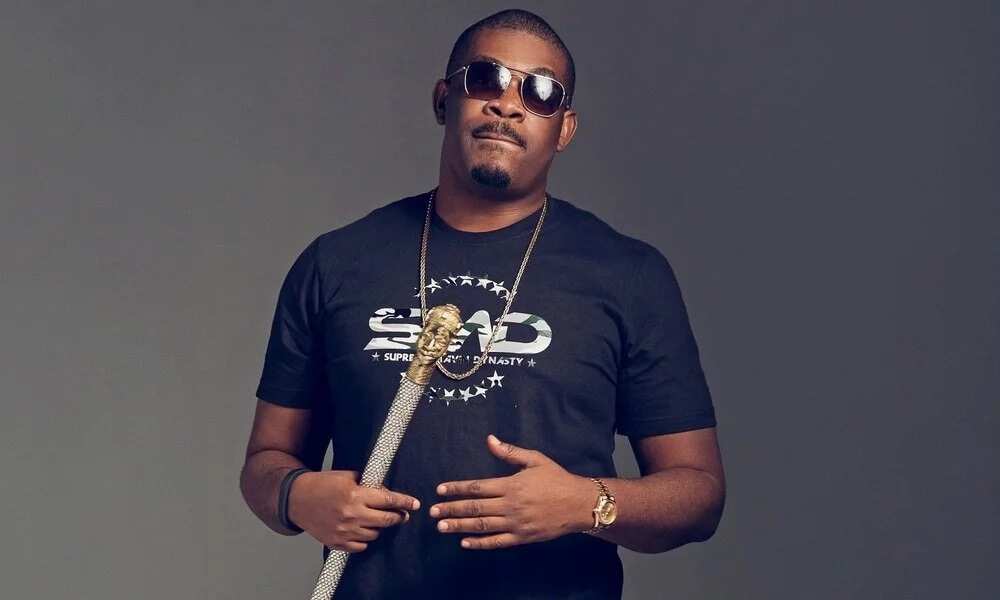 Don Jazzy revealed that he was inspired by former musician and blogger, Tunde Ednut, because he is still going strong despite facing attacks from naysayers. Another person to make the list is Speed Darlington, a Nigerian musician known for his unconventional style of singing. According to Don, he admires Speedy’s drive and passion. Other stars to make the list include musicians, Davido, Burnaboy, and Johnny Drille, Banky W, MI Abaga as well as Miss Nigeria USA 2017, Idara Inokon, and TV host, Idia Aisien, to name a few.

So @dukeofspadess tagged me to do a one minute video mentioning people that inspired me this year. On something he has tagged #InstagramForGood. Well I really like that as I have been thinking about something similar for a long time. Now apart from obvious close friends like @tiwasavage @iamdrsid @tegamavin @djbign and @dukeofspadess Himself etc. i have mentioned some people in the video that I haven’t told personally that they inspire me. Pls give a shout out to these amazing people to name a few @bankywellington @mi_abaga @tundeednut @idara.inokon @speeddarlingtontv @davidoofficial @burnaboygram @matice.ahnjamine @mayanator @doctoridia @johnnydrille etc. ahh they re plenty ooo. So yeah if I mentioned you try and make your own video too if you can. GOD bless y’all. 🙏🏿 #Motivation #PositiveVibes #NoNegativity #OnlyLoveAllowedHere

Don Jazzy also challenged some other celebrities to make a video of people that inspired them during the year. The star would undoubtedly be mentioned seeing as he is well loved by a number of people.