5 years after Headies saga, who is really winning between Reekado Banks & Lil Kesh?

Apart from the fact that their sound was accepted by a wide range of music lovers, they have also been lyrically consistent.

What else makes a big artiste if not good opportunity and consistency in showcasing the musical talent?

If not for the Headies Awards Brouhaha, there was never an intent to compare Reekado Banks and Lil Kesh at any point in Nigeria’s music industry because both artistes are making good music, entertaining fans and making fortune from their different sounds.

In an attempt to question the Validity of Headies Award 2015 that saw Reekado Banks emerged the winner in the Next Rated Category ahead of Lil Kesh and Kiss Daniel, music lovers in Nigeria began to make conscious efforts to determine who is a better artiste between the duo.

Even though there has been a public outcry by Reekado Banks that he is a better artiste than Lil Kesh, many comments have emanated on social media to counter his claim.

“I Remember that time when una talk say i no deserve Next Rated, The Person wey you talk say he deserve next rated gan i better pass him papa,” was the loudest one from Reekado Banks during his 2017 Thank You concert in Ibadan where the then Mavin Records singer certified he is superior to the nominees of the award that sparked up a beef between Don Jazzy and Olamide in 2015. Lil Kesh was actually the one he was referring to.

“I saw the video online where Reekado Banks said that he was better than me, but I have nothing to say about that. I don’t care what anybody says, and I don’t have any feelings regarding what he said because I am just in my own world,” was Lil Kesh’s response to Reekado Bank’s claims in a 2018 interview with Saturday Beats.

More so, there have also been public expression by Lil Kesh that he has been dropping hit songs since after leaving Olamide’s YBNL for his own YAGI Level music label.

“When I announced that I left Olamide’s record label, some people were skeptical, but I proved them wrong by releasing hit songs.”

Obviously, both artistes are good, better and best in their individual lanes. But then, we feel it’s high time we point out who is a bigger artiste between Reekado Banks and Lil Kesh.

At this point, you may want to ask, what makes an Artiste big?

Well, as an artiste, your level and achievements in the music industry place you above other artistes.

So far so good, Both Reekado Banks and Lil Kesh have dropped their debut albums, Spotlight and  YAGI respectively. Also as Lil Kesh has moved ahead to become a CEO of his own record label, Reekado Banks, the two times Headies Award Winner took same step a few months ago as he opted out from the Don Jazzy-owned Mavins to float his personal record label, Banks Music.

Indeed, 2014 till this moment is enough time for us to really examine and come to a logical conclusion on this.

In my own opinion, Reekado Banks is a bigger and better artiste judging from the quality of their singles, acceptance of their albums, awards recognition and endorsements.

Reekado Banks have multiple awards in his shelves than Lil Kesh. While the Banks Music CEO boasts of over 5 awards as listed below…

Lil Kesh has only two awards to his name which he gathered in 2015 with his hit track, Shoki 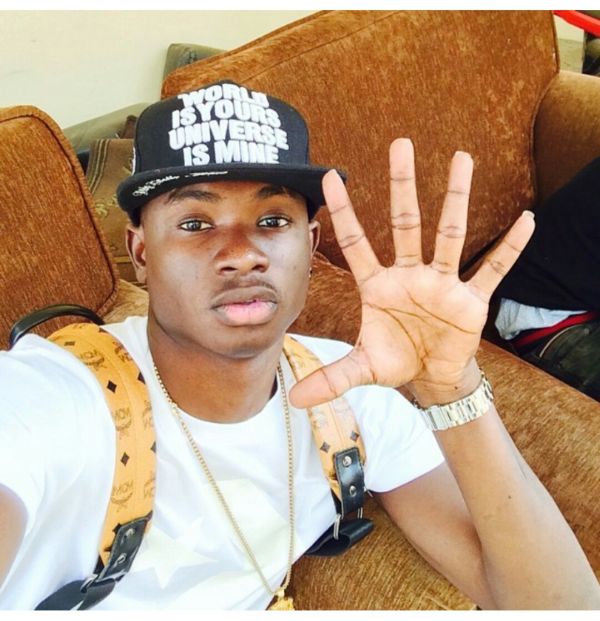 None of the awards won by Lil Kesh is as big as the Headies which is the biggest Music award in Nigeria and seen by many as our own Grammys. Reekado Banks won them for the umpteenth time and as well beat Lil Kesh in the 2015 edition.

As an artiste, the quality of your brand and the message your music pass is what attracts endorsement deals which is the reason why Reekado Banks was picked up by Nigerian telecommunications giant, Globacom as their ambassador in 2015. Though the deal expired following Reeky’s exit from Mavin Records, none can be said of Lil Kesh who have never had a deal with a brand in his career so far as a musician.

I will end this with an opinion from a music fan who pointed out the reason why Lil Kesh is yet to attract a brand to his music and personality.

“The other day (2016), Lil Kesh complained to us that he hadn’t been able to get endorsements deals like other star artistes even after releasing close to five hits in less than two years in the music industry.

Some people even said that’s the reason why he left Olamide’slabel, blaming him for not doing enough in that regard.

Mr Kesh, so you think Glo or MTN or Peak or Ribena will give you a deal when ALL you sing about is ghetto stuff?

Are you the only musician that came out of the ghetto? Even Patorankingwho once told us he used to sell plantain chips in Lagos traffic and lived in Ajegunle has rebranded himself and is now acting all Jamaican.

Lil Kesh, continue to dey carry ghetto for head you hear? But as you do that, have it in mind that endorsements will mostly come from rat kill-and-dry manufacturers, Agbo/Jedi/sapele water makers association, Wrizler manufacturers or Okrika BBB (bum-short, bra and boxers) sellers union.”

So considering what they have been able to achieve so far and their influence in the music Industry today, between Reekado Banks And Lil Kesh, who would you point at as a bigger artiste?