SEE What Davido Was Spotted Doing With A Slay Queen (Photos)

Popular Nigerian singer, David Adeleke known as Davido was spotted in a video where a ‘mysterious’ slay queen was hugging him tightly and it has gotten tongues wagging. 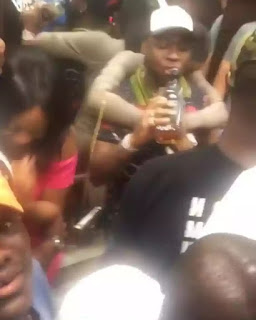 The singer was seen having fun and enjoying himself while the unidentified lady was busy hugging him tightly from the back.  Fans are now asking who the lady is since she doesn’t look like Chioma. See more photos below; Watch the video below, see for yourself, do you think she’s pregnant. Are you expecting a Davido Jnr or Chioma Jnr?

#Davido and #Chioma allegedly expecting their first child together

It would be recalled that a while back, about some months ago, Davido revealed his plan for Chioma whom he continues to shower love on, stating that he is looking forward to getting married to her.

Chioma recently deleted her Instagram account without giving any reasons, though we all know she is a very private person. Her verified Instagram account, with the handle, @thechefchi was deleted off the photo sharing App. 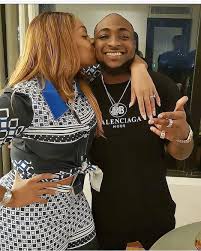 The recent act was seen by many as a sign all wasn’t well between the pair, though that can be put to rest now, as Davido took to Twitter to reveal his plan for Chioma. During a question and answer session with his fans on Twitter, Davido revealed he plans on getting married to Chioma.

A fan asked him what plans he had for Chioma, and he didn’t take long to reply. The fan asked;

“What are your plans for the future?… Are you going to marry Chioma our sister?”.