Ex-BBNaija Stars, Miracle And Nina Unfollow Each Other As He Ignored Her Birthday

It has been reported that ex-BBNaija stars Miracle and Nina have unfollowed each other on Instagram, as Miracle didn’t bother to wish the Nina a happy birthday today. 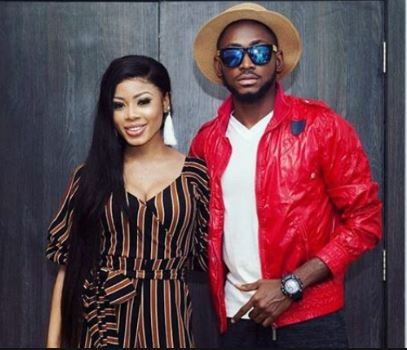 We found out that Miracle and Nina unfollowed each other on Instagram, given the pilot’s silence as she celebrated her big day today. Here is a screenshot which confirmed this below;

Their recent beef can be traced back to the last Big Brother Reunion show in which Nina called out Miracle, for denying that he told her that Tobi and Alex had sex shortly after they got out of the reality show’s house. This came after they squashed their last beef in Ghana.

It would be recalled that Nina broke down in tears yesterday, as her fans who turned up for her birthday surprised her with a beautiful cake and a new shop. Nina who got a shop from her fans a gift also got a generator.

Here is a video of Nina and the gifts below;

Wayment!!! #NinaIvy ‘s fans got her a shop for her business on her birthday 💪💪 Happy Birthday @nina_ivy_

The beautiful former BBNaija star Nina Chinonso Onyenobi turned a year older yesterday and in celebration of her big day, Nina sure did have fun being a muse of Tiannah’s Place Empire. The upcoming actress, model, brand ambassador and CEO of Nina Empire looked every bit like a BOSS LADY in her main photo shoot look.

The shoot, styled by Elegante by Tiannah Styling saw Nina in different attires. Nina first showed off suit befitting her new boss lady status. This was followed by a luxurious gown.

Also, recall that last year on her birthday, Toyin Lawani crowned Nina’s day by gifting her a car which caused a lot of controversies.

Many people instantly liked the beautiful and confident Nina. After the show, she quickly rose to fame. Nowadays, many girls aspire to be like Nina BBNaija. However, before the show, Nina was just a regular young lady with a big and ambitious dream to become famous. The star of BBNaija 2018 was born on May 31st, 1995. Nina’s birthplace is Owerri, Imo State.

The full name of Nigeria’s reality show star is Nina Ivy Chinonso Onyenobi. She was born in the family of five children, and she is the last daughter among her siblings. She is an educated person as she graduated from Imo State University in Owerri. She has a degree in English language and Literary Studies.

During her stay in Big Brother house, Nina was involved in some relationship drama. The viewers instantly noticed that the sparks started flying between her and the fellow contestant Miracle, who later claimed the victory. They were really close in the house, and they were also caught kissing a couple of times.

The fact that added more spice to their relationship is that Nina actually had a boyfriend at the time, who was waiting for her at home. Her boyfriend’s name was Collins, and he helped her to fund the trip to Lagos for BBNaija auditions. However, Nina had a change of heart when she met Miracle in the house.

It would be recalled that a few days ago, BBNaija’s Nina DM leaked and it revealed how the reality star planned to rent a Bentley and fake buying it for her birthday. The DM leak revealed her chat with a friend where she requested the number of a car hire company so she could rent a Bentley for a month and deceive her followers and the public that she bought it for her birthday.

Nina already knew the title of blog posts that would be made once the news hit the internet, she wrote; “Nina buys Bentley as a birthday gift”. Unfortunately, she begged the person at the other end to keep it secret, we wonder how she must feel now that the chat is out and there is not Bentley to flaunt for her birthday.

#Miracle and Nina unfollow each other2BBNaijaMiracleNina