Veteran actress, Tonto Dikeh is super proud of Davido’s 1st daughter, Imade Adeleke for the launch of her hair care line. In her words, “This is just amazing! David’s daughter Imade gets her own hair care line!! (Sophie and David yall doing a fine work,baby girl is gonno grownup with A boss mindset.) Thanks sophie, I’m so gonno do something for my Baby too.. CONGRATULATIONS IMADE”

In case you missed the huge news, Imade Adeleke, daughter of Davido, Nigerian Afropop singer, has joined the league of celebrity kids entrepreneurs. The award-winning singer took to his Instagram page on Tuesday to announce his 4-year-old daughter’s entry into the fashion world.

The new beauty line called ‘Aurora by Imade’  had its official  launch party on May 29, in Lekki Phase 1, Lagos. It was endorsed by her father David Adeleke aka Davido. On his instagram he wrote, “Y’all go support my Baby @realimadeadeleke 2moro as she launches An ELITE AND BEAUTIFUL Product @aurorabyimade,” Davido wrote.

The post was also made on Imade’s Instagram page, the celebrity daughter who celebrated her fourth birthday on May 14, can be seen in a photo posted on her business’ social media account — holding one of her new hair care products.

“We’re so excited to finally announce Aurora By Imade! Tomorrow’s launch event is strictly by invitation! We can’t wait to share this with you all!” she said.

We’re so excited to finally announce Aurora By Imade! We can’t wait to share this with you all! 💞 #AurorabyImade ☀🍃

Already on the league of celebrity kids with booming businesses are Michelle Gentry. The delectable Nollywood actress Mercy Aigbe  launched a make up line and named it after her first child Michelle Gentry. The actress announced the beauty line one day after her daughter’s 17th birthday. In a post on instagram, she shared a photo with caption: 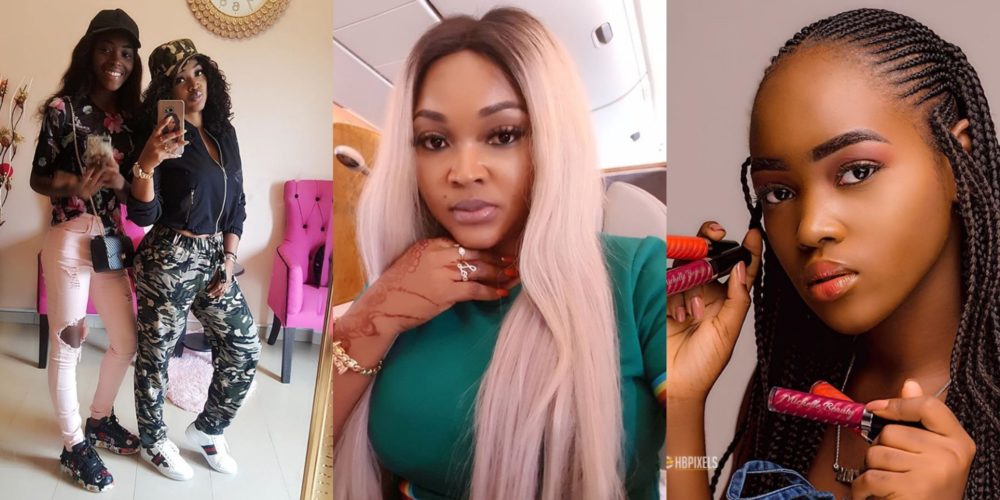 Another daughter on the league is the daughter of seasoned Actress Iyabo Ojo, Priscilla Ajoke Ojo is one who has grown to be a fashionista and has channelled her love for fashion business wise by launching her own clothing line.

Her page with the handle its.priscy has several followers and her fashion sense is admirable, considering her age and she has undeniably drawn a lot of attention to herself. The teen recently made the big announcement on her clothing line and shared several promotional photos