It is a well known fact that Nigerian celebrities have a very engaging life, a public life where every one of their activities stand out as news. Celebrities. Sometimes you take a look at them and it appears as though they’re amazing creatures but that’s not entirely true. They are just like us. They mess up and embarrass themselves basically like each other person.

The Nigerian entertainment industry has got some unsophisticated photographs of celebrities at one point or the other, where they were caught doing some awkward things. In light of this, we have chosen to present to you probably the craziest photographs of various well known celebrities, some of which are obviously insane! Obviously, these photos made the internet buzz for a long time. To see these photographs, you should simply to scroll down and refresh some memories from the most awkward photos of our celebrities which is quite unbelievable. 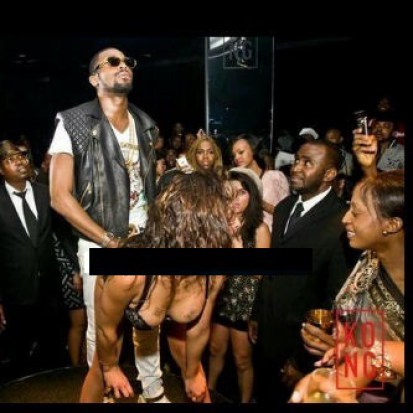 D’banj is one of the biggest names on our list. We all realize that this guy is hot and on the off chance that you’ve gone to one of his shows, you’ll know why the ladies adore him.

Kokomaster is always going miles just to ensure you enjoy the show, and the yells from fans alone makes him do probably the most absurd and insane things we, funny enough have come to cherish.
What’s your opinion on Dbanj’s antics when in on stage? Too much or just fair?

Davido is second on the list. Who can forget the Twitter battle when pictures of Sonia Jombo taking pictures with Davido in a room surfaced? What’s more, the craziest thing? Sonia Jombo, at then, was just 19
years old.

The leaked pictures in the end led to the then 19-year-old Sonia being suspended from the Kwame Nkrumah University in Ghana. But before the suspension, the destruction has already been done, and she’s got the fame already. This is definitely one picture Davido’s current flame, Chioma, won’t like to see.

Taking the third position as the Nigerian celebrities with the most embarrassing photographs is Tiwa Savage. Recall that when this event occurred at the Eko Hotel and Suite, some entertainment blogs wrote an exposé on Tiwa Savage getting too involved with a guy on stage.

The Exquisite Face Of The Universe 2013 world finale, which was hosted in Eko Hotel and Suites on Thursday, December 19, 2013, saw more than 30 ladies from various nations around the globe in Lagos State to compete for the crown.

Eko Hotel and Suites, which is situated in Victoria Island, Lagos, was hosted by Kenyan radio personality, Angela Angwenyi. The crowd was excited with energizing performances from top artists like Tiwa Savage and Tuface, but Tiwa Savage savagely stole the show with her performance as seen in these photos!

Sean Tizzle made headlines in 2015 when this news hit Nigerian blogs. The most captivating headline was “Sean Tizzle lands big wet kiss on a female fan at New York concert”.

It would be recalled that last year during a performance at a concert in New York, Pop star Sean Tizzle did more than perform his hit singles, and it was totally unexpected, that many people were left surprised and shocked.

During his performance, Sean Tizzle landed a wet sizzling ksss on a female fan who was clearly entranced by him. In the event that you’ve seen the video, you will Know this was not only a peck on the cheeks, it was a full lip wet ksss. The concert took place at Club TG, in Jamaica, New York.

All things considered, the picture of Wande Coal that made headlines was not actually that of him and a female fan, it was in reality about him. Everything occurred on the 16th of July 2010, when Wande Coal clearly broke Twitter after his nakkd pictures were exposed.

There was mayhem as to how this picture made it to the Internet, who uploaded it and vice-versa. During this period when everybody obviously needed to hear from the hotshot, he went AWOL, yet his ’spokesmen’ spoke, shouted and wanted all to shut up. Don Jazzy, Mo Hits President shared his thoughts on the issue and said it was photoshopped. Here are some of the popular tweets on this episode. 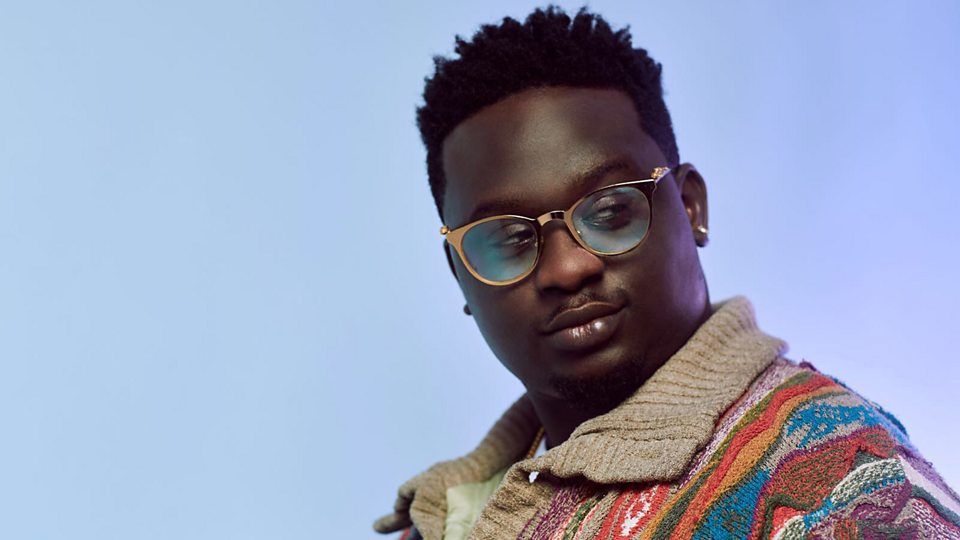 Dele Momodu, who was a Presidential aspirant at the time, figured everybody ought to have kept quiet. Check out his tweet below:

“As the enemies tried to pull down the great son of Nigeria @wandecoal today.I urge all my good friends to pls tweet something great about wande”.

“Kaiiiiiiii my boy is trending sha. oya make somebody photoshop my own too o. maybe i go trend tooo. lol”.

Nonetheless, there was one tweet that got lots of likes and retweets and it came from this Handle @Sheifunmi, who replied Dele Momodu:

“Dear @delemomodu2011,Wande Coal is great, good at what he does and we all agree he is talented, very much talented in music, he’s one of Nigeria’s best. However, for artistes claiming haters at every little controversy they get into is not it, talking about haters and evil people pursuing them. We all should own up to our mistakes. They should stop sleeping with random girls then this won’t happen.”

Here is one musician that really got music lovers hooked up in the Felabration. He shockingly wore a just a pair of panties to perform on stage, (just like Fela). Burna boy has always been a controversial superstar.

Burna Boy really stunned and dazed essentially everybody in the crowd, in the much anticipated 2013 Felabration by removing his clothes and performing “Run My Race” in his underwear, reminiscent of the great Fela Anikulapo Kuti. However, when Burna Boy was met by Seun Kuti on Rubbin Minds a couple of months after the fact, Seun Kuti said Burna Boy should have known better than stripping to his underwear to perform at Felabration.
The other news that shook the Nigeria entertainment world was the point at which he was photographed kissing Cynthia Morgan in a bed. There was a theory that they might be dating, which the two completely denied.

The third controversy for Burna Boy was the point at which a certain young lady, by means of twitter, claimed that he is in responsible for her pregnancy. The girl, who is named Uju Stella, allegedly disclosed that she is pregnant for Burna Boy. However, taking up the side of her son, Burna Boy mum said that they don’t have time for her.

Burna Boy recently got into issues with American Blac Chyna, who he dissed. He dissed Blac Chyna on the grounds that it was alleged that she came to sell her bleaching cream to Nigerian girls in November 2018.

During President Goodluck Jonathan’s tenure, music diva, Seyi Shay was among the entertainers who were to perform when the president visited Lagos State. All things considered, it was not a bad idea for celebrities to get together with the President.It was the outfit that she wore brought down Twitter users wrath on her. At a point, several Nigerians alleged that she actually tried to sdduce the President. Seyi Shay really broke the internet with the dress she wore to meet the president at the occasion.

In the image that caused the mayhem, Seyi Shay was wearing an incredibly short dress, while sitting beside the president, Immediately the photo hit social media, it circulated for all the wrong reasons when such a significant number of fans and haters expressed their sentiments concerning Seyi’s outfit.

However, when she was contacted by reporters to hear her side of the story, the musician went on to explain that she actually was required to wear two outfits for the event, unfortunately, the outfit that caused the stir was what she wore to perform. Not letting the issue go the way her foes are trying to divert it, Seyi Shay emphasized that she is a respectable lady and was not planning to seduce the president in any way.

Iyanya is one artist with the best muscled body. His physique is not too extreme, just perfectly normal and well-loved by the Ladies, I mean all the ladies who goes to his concert.

The straightforward truth is that Iyanya has the most flirtatious female fans in Nigeria. Truly, a few women can’t help themselves when they see the “Sxxy Mama” crooner. The amused performer posted this pic and tagged it ‘See ladies tearing off my shirt’. These American based girls literally tore off Iyanya’s clothes while he was performing in New York.

This specific picture almost wrecked the solid marriage of Nollywood most beautiful Mama, Omtola Jalade with Her pilot husband. This incident occurred in 2011. When Omotola Jalade Ekeinde became the absolute first Nollywood superstar to ever walk the red better at the 2011 Grammy Awards, which was held in Los Angeles.

The Red carpet event which would have been a sweet story gone bad after a butt-grabbing episode by her escort and it was caught on Camera. The image had inspired wild gossipy tidbits-with some speculating that she’s having an extramarital illicit relationship with the person whose hands was on her backside. In any case, this was the last picture Omotola was ever caught in a compromising position.