Wizkid’s Baby Mama Drama Is Back Again! See What His First Baby Mama Shola Ogudu Revealed About Him (Video)

The drama between superstar singer, Wizkid and his first Nigerian baby-mama, Shola Ogudu has steadily declined its frequency on the headlines and to be honest, Nigerians are happy about it. In September 2018, Shola in a lengthy Instagram post, made lots of revelations and claims about her father’s child that got people talking. According to her in her tweets which were cryptic at that time, she said she was tired of holding back as she was ready to spill the exact truth concerning something that has to do with disappointment, heartbreak. Well, she has finally revealed why she called him out on social media over his constant neglect of their son, Boluwatife.

In this interview with Shola Thompson of Bar Room Therapy, she explained that she called him out because people were attributing and linking her success to him, and also people were always thinking he was the one taking care of their son. According to her, she wanted to clear the air and stop people from giving credit to him. She also revealed she takes care of their son 99% of the time. Shola talked about her clothing line, her love life currently, her parents and her son. Watch the interview below:

At the time, lots of people had come out to openly castigate Wizkid, labeling him a deadbeat father for not always not showing up for his son. But one thing we have all failed to really realize is that reading critically through those chats you would realise that Shola had succeeded in painting Wizkid the villain while she becomes the hero which is not totally true on many fronts. 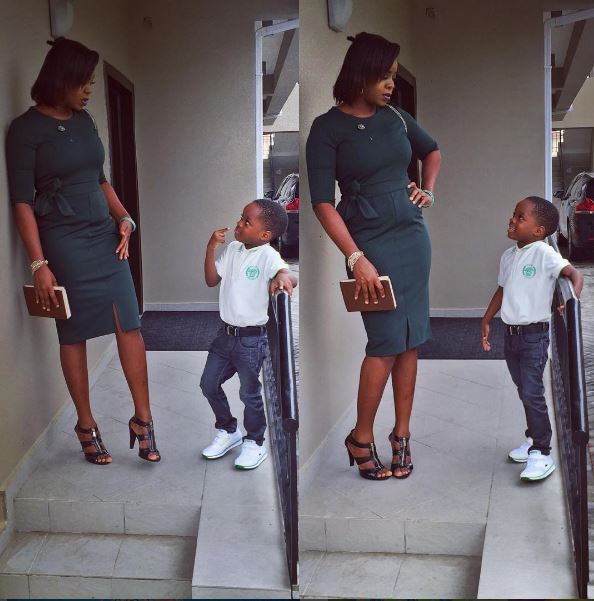 An Instagram based news medium took a second look at those chats and after sampling several opinions came up with some points that might have been overlooked by social media commentators. Here are 10 reasons by that actually proves that Wizkid isn’t as bad as he had been painted to be. Kindly note that this is a fan’s opinion and does not represent the view and opinion of Daily Advent.

1. Shola Needed Wizkid’s Attention and He Seemed “Done” Giving It To her!!

If you read closely in-between those chats you would realise that Shola needed Wizzy’s attention. Besides, which woman wouldn’t want her superstar baby daddy’s attention? Too often in those chats bringing up Tife was just the perfect excuse to get his attention. Many of those times (not all though) Tife didn’t want to Face-time him, Shola wanted too while Wizzy didn’t have any of his attention to spare for Shola. 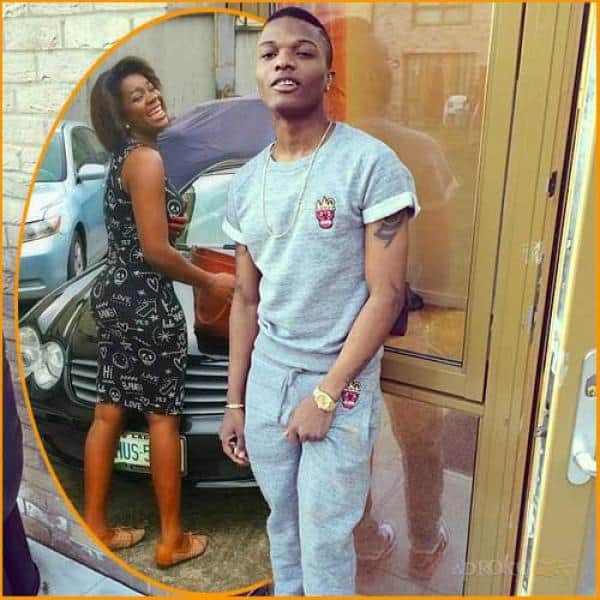 2. “She is not after his money”, because Wizkid never defaulted on paying his kid’s bill and catering for her!!

Shola began all this chronicle by tweeting that she wasn’t a money hungry “hoe” and wasn’t after Wizkid’s money cos she had hers. Well that’s not totally true cos from the chats Wizkid didn’t default in paying his kids bills and catering for her either. Yes he delayed but didn’t default. One thing we must realize is that often times once the love between a baby daddy and his baby-mama wanes off, her financial responsibility no longer matters to him. But notwithstanding, Wizkid still pays her bills and caters for her and his kid. Cos of he sure did, then Shola wouldn’t hesitate spilling it on those chats.

3. Shola Used to Curse Wizzy and Talk Crazy To Him!!!

After reading several testimonies from men, I have come to realise that of the things that could make a man lose his love for a woman is when she constantly curses him or talk crazy to him. Men love their ego intact and cherish respect, so the moment you begin to curse him, that’s the day his love for you begins to wane. Wizzy had expressly reminded her in their December, 2015 chat of how she used to curse him and talk crazy to him. Wizkid could be right cos after all she didn’t deny it when he said so. He further repeated it in their March 5th 2016 conversation that she was fond of cursing him and she didn’t deny it then either. Looking further at their chats, Shola flared up and bombarded Wizkid with messages that had anger written all over it after messaging Wizzy without getting a response from him (guess she had learned to stop cursing him).

4. Wizzy Thinks Shola is Seeing Other Men at the Expense of Their Son!!

Yo! Even Shola said so herself that Wizzy kept asking who she was seeing and who her boyfriend is (remember she didn’t deny having any either). Well Wizkid thinks Shola is seeing other men, which at this point shouldn’t be any of Wizkid’s business though, but at the expense of his kid? Man got to be worried. Which makes it a 50/50 thing!

Yes I wouldn’t want to exonerate Wizkid of the days he promised to come pick his son but didn’t, but from some sections of the chats it proved that Wizkid also asked to see his son. Not just wanting to see his kid, he made efforts to send someone to come pick him up on occasions. He also wanted to Face-time with him. Sadly, most of the time he asked to Face-time with Tife, Shola said Tife was already asleep. Not once and not twice. From the chats he never complained nor made a fuss about it. 6. He still pays his sons school fees and gets him the necessary things he needs!!

Wizkid might be a “deadbeat” father as Shola had alleged but he never stopped catering for Tife financially. I searched over an over the chats looking for where Wizkid had possibly not met up with Tife’s school fees or probably some financial needs but none!! In fact in the chats, Shola had repeatedly thanked him for sending Tife’s school fees on time.

7. She Betrayed Wizkid’s trust years after saying she wouldn’t!!

In their chat of March 2016, Wizzy had explicitly told her “to go the blogs to get her consent letter” since she was bent on getting the consent letter from him at all cost and she went back and forth on how she didn’t go to the blogs years ago and she wasn’t going to the blogs..Who betrayed who?

8. The Chats Were Doctored!!

9. Shola “never” made attempts to straighten the issue out with Wizkid!!

It wouldn’t be out of place to say that Shola never made an attempt to straighten the issue out with Wizkid or his family (talking about him not having time for his kid) because if she sure did, then it would had appeared somewhere in those chats. If we were to overlook the rants of the first baby-mama cos she had no one to report Wizkid to since she wasn’t based in Nigeria, what about Shola who had unfiltered access to his family? 10. Reason for Releasing the Chats??

Why release a 2016 chat in 2018?? Why the long wait, well Shola has come to realize that there is no shred of love remaining between herself and Wizkid which prompted the release of the chats. Wizkid is all over Zion and his mama. Coupled with the fact that Zion’s mom had requested a meet-up between Zion and Tife. All these coincided and became the last straw to break the camel’s back.