The updates on teenage on-screen actress Regina Daniels’ marriage to 59-year-old billionaire politician, Ned Nwoko keeps on being an intriguing issue of discourse via social media with numerous individuals either applauding or scrutinizing her.

Following orecent videos and photographs of the teenage actress parading her husband’s redone Ferrari everywhere, there have been massive reactions on social media.

A video was shared on social media blogger Tunde Ednut’s page in which Regina Daniels is seen getting into the fancy ride with her friends and surrounded by security details. 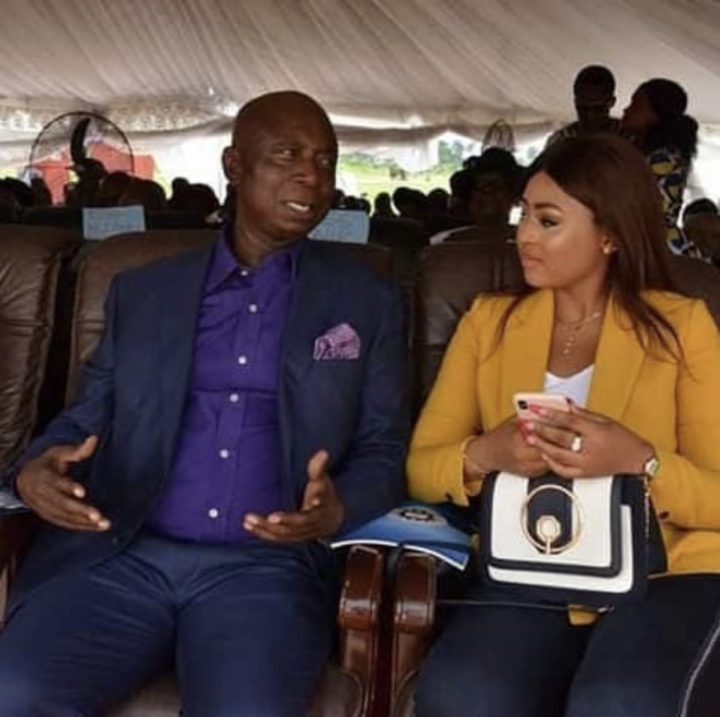 While many people commented on the post, one of the interesting comment noticed was that of Nigerian singer Duncan Mighty in which he was supporting the actress.

He commented; “This kind of news is what I wish our women in this country not buying extra Yash and breass enlargement. Congratulations nne”

Another person supporting her is Instagram comedienne and actress, Etinosa Edumudah.

She wrote: “Can I produce her reality show already Meanwhile Gina baby shine your eye o. Those girls their eye no done oh.

See screenshot of their comments amidst others. 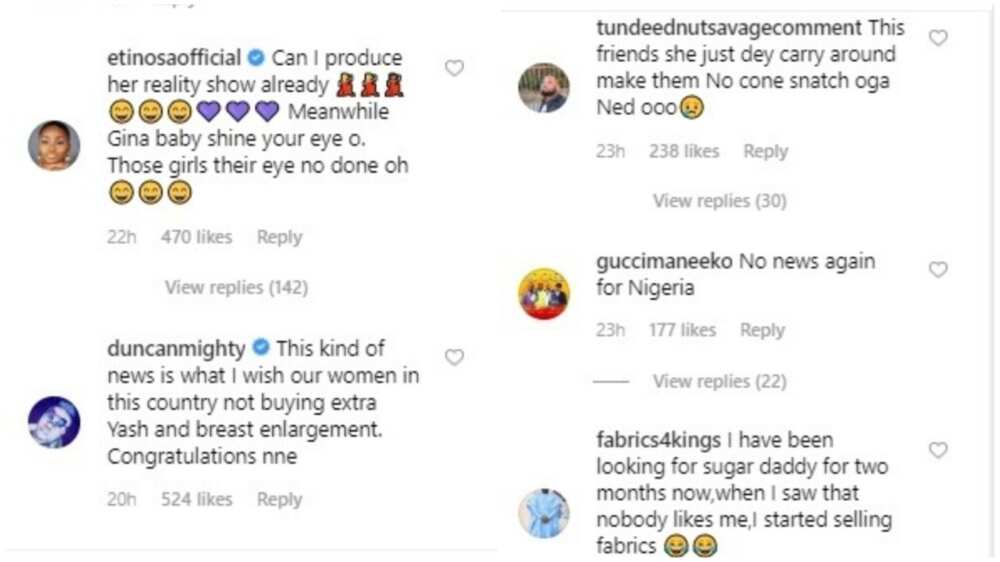 ReginaDaniels flaunts her husband’s tight and extra monitoring security men, as she storms the street of Abuja riding her husband’s multi-million worth Ferrari.

Following Regina Daniels’ alleged marriage to Nigerian businessman Ned Nwoko, the actress has been labeled all sorts on various social media platforms. And to say her social splurge isn’t helping seeing how the fans react whenever she posts the new stuff she buys on the gram.

Several of the comments directed at Regina have been aimed at condemning her, to say the least.

Recently, a man weighed in on the particular issue. The individual identified as @amferdinand on Instagram slammed Regina Daniels. But he did not just attack the lady, he also dragged her mother into his comment.

This individual compared Regina Daniels and her mother to yahoo boys. According to him, the only difference between the actress, her mom and these internet fraudsters is the use of a laptop.

This insult was hurled at Regina Daniels and her mother in response to a post shared by the actress. In the post, she was looking beautiful as ever.