The University of Lagos is one of Nigeria’s finest and ranks among the top ten universities in the country. It was created in 1962 thanks to the indispensable need to create more universities to train a professional workforce. Since then, the university has remained one of the most competitive in the country in terms of admissions. The University of Lagos has one of the largest student populations of any University in the country. Here are a few Nigerian celebrities who at one time or the other passed through the school for an academic degree. 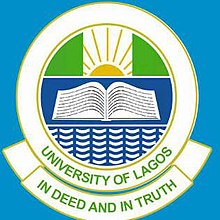 She obtained an Ordinary National Diploma (OND) in Mass Communication from the former Ogun State Polytechnic, now Moshood Abiola Polytechnic, and got a Law degree from the University of Lagos, Akoka, Yaba.

He attended Midwest College, Warri and Anglican Grammar School and was a member of the Drama Club. He enrolled into the University of Benin to continue his education and studied Theatre Arts. In 1997 Mofe-Damijo returned to the university to study law at the University of Lagos and graduated in 2004.

She was born on the 1st of January , 1978 in Edo State. She hails from Benin city which is the capital of Edo State. She is the second child in a family of five. She attended Maryland Comprehensive Secondary School Ikeja, Lagos. She is also an alumni of The Polytechnic, Ibadan, Oyo State, where she received her OND in Financial Studies and then The University of Lagos for a degree in Theater Arts.

Damasus is a Theatre arts graduate of the University of Lagos. She first appeared in the Nigerian film Abused in 1992. Her claim to fame, however, was her second movie Breaking Point produced by Emem Isong and directed by Francis Agu where she shot into superstardom across Nigeria. She has gone on to star in over 70 movies and is now the co founder of I2radio and hosts two podcast shows, undiluted with Stella Damasus and when women praise.

At university she was part of a cultural group that included the playwright Bode Osanyin and the singer Stella Monye. Silva took a year off from her studies, during which time she began working as an actress. Silva then relocated to England, studying drama at the Webber Douglas Academy of Dramatic Art in London.

Initially her parents were opposed to Silva’s decision to go into the theatre but they soon began to support her, happy at the success she made of her career. During a slow period of her career, she returned to school, studying English at the University of Lagos.

She recently bagged a PhD degree in Theater Arts from the University of Lagos, setting a record as the first comedian from Nigeria to achieve that feat.

She had her secondary education at Queens College, Lagos. After obtaining her West African Examinations Council examination, She proceeded to study insurance at University of Lagos. She also received a master’s degree from Pan-Atlantic University, studying media and communication.

In 2004, Ike enrolled in the University of Lagos (Unilag) for a 2-year diploma program in human kinetics and health education. She completed the program in 2006, earning a certificate. She went further to get a degree in human kinetics and health education at Unilag. In 2014, she graduated from the New York Film Academy in Los Angeles, California where she studied film-making.

Darey began shuttling between Cool FM and the University of Lagos where he was studying for a degree in Music, and sang with the an acappella group The Chordwebs. During his time at Cool FM, he had the opportunity to acquire the basic knowledge of radio production and marketing.

He attended Corona School Apapa, Federal Government College Ogbomoso and the University of Lagos where he graduated with a bachelor’s degree in Insurance.

eLDee comes from Lagos Island in Lagos State of Nigeria. He has a masters degree in Architecture from the University of Lagos, Nigeria.