Just like Niniola, see how upcoming Nigerian designer got a seal of approval from Drake

Nigerian fashion is becoming a massive export, as a bunch of designers like Slashed By Tia, Maki Oh, Orange Culture, Mowalola and more have taken their craft international, putting our rising fashion industry on the global map. 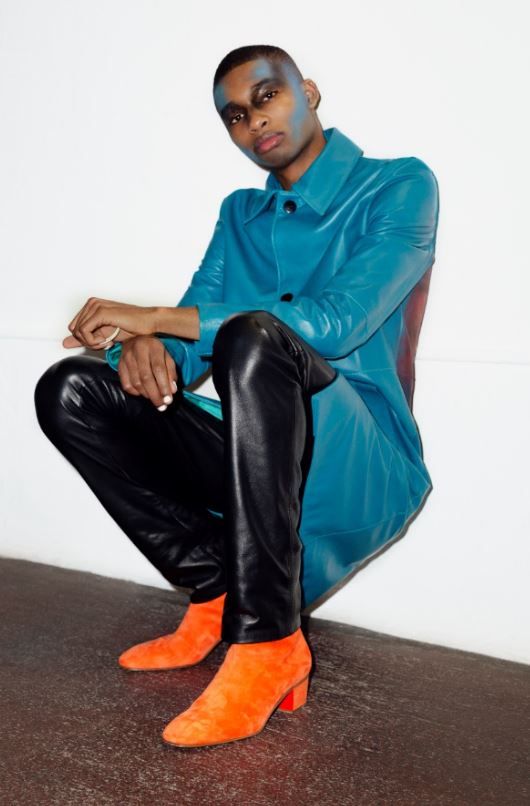 So, it comes as no surprise that Drake, one of the world’s biggest trendsetters, was spotted wearing a custom Mowalola piece on tour in London.

Launched a year and a half ago by Mowalola Ogunlesi, her eponymous brand has been styled on Solange for Dazed Magazine; in Skepta’s hazy “Pure Water” video; and in Nike’s Naija World Cup kit launch, where Mowalola herself was called to style the kit launch.

Now, she’s soared to even greater heights, as the Grammy-winning rapper recently shared a photo of himself with J. Cole on Instagram (where he has well over 50 million followers), wearing a custom Mowalola jacket, with the brand’s emblem on full display.

The brand’s unique offering to the menswear space was originally inspired by the Nigerian rock scene of the ’70s and ’80s, and clearly appeals to a wider audience. Mowalola will be one of the brands at the Homecoming pop-up next weekend, so if you want to Drake up your wardrobe, make sure to stop by.

Meanwhile, over the weekend, Drake was a co-host on BBC Radio with international broadcaster Tiffany Calver, and he proved that his contact with Nigerian singer, Niniola did not just stop at following her on social media.

In a portion of the radio program that surfaced online, the show host Calver, could be heard asking her co-host (Drake) that they should go on a musical break.

He wasted no time in requesting for Maradona, the sensational 2017 hit single by Niniola.

Sharing the news on her page, the singer said: “When your new bestie @champagnepapi starts to watch your back , while co-hosting the show last night with @tiffanycalver @bbc1xtra”

What are your thoughts on Drake’s recent familiarity with Nigerian artists?